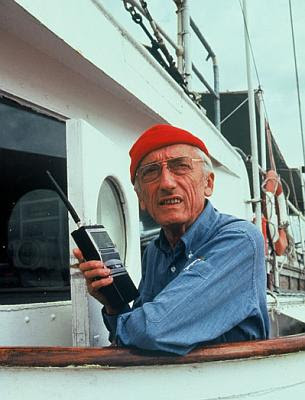 Guest curator Soumyaa Kapil Behrens and Oddball Films present Eau de Vie and Other Aquatic Tales, an evening of films on H2O and other fluid adventures.  Submerge yourself in these sojourns - some scientific, some silly, and all a little slippery.  The night would not be complete without an underwater visit from the most important filmmaker to ever traverse the seas: The Green Sea Turtle With Jacques Cousteau (1970) visits with one of our oldest marine friends, a 400lb turtle. Journey along the edge of the earth with Jay Coggeshall as he searches for a connection with a culture of people who live deep within the Arctic Mirror (1977).  Aqua Frolics (1950) delights with a series of absurd vignettes all requiring you to hold your breath and Liquid Air (1950) revisits the popular science series, “John Kieran’s Kaleidoscope”, with experimental demos and discussions.  Journal Films Inc. brings us Geysers, Lava and Hotspots and Water (1961), both use beautiful animation and live action to explain, educate and excite audiences about the natural and necessary phenomena of water and it various incarnations on earth. And, Living Things in a Drop of Water turns the lens closer; taking a myopic look at the cellular party that goes on in this teeny tiny unit of life. 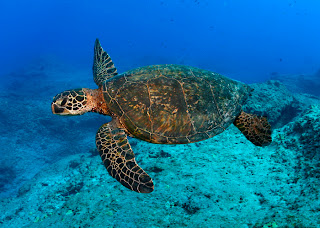 
Liquid Air (1950, B+W)
Fifteen minutes of fun used to be the norm with shows like John Kieran’s Kaleidoscope (1949-1952). With episodes that focused on unraveling the mysteries of earth in sizable chunks of time, Kieran, a quiz show panelist and noted intellectual was our guide to the unknown.  This particular short explores the magic of gas and liquid with on screen experiments and candid conversations.


Arctic Mirror (1979, color)
Jay Coggeshall and his female friend take their camera on a six-month trip into the Arctic Circle to meet the people who live there.  Walking and kayaking across hundreds of miles, the couple learns about the land and the cultures that coexist on the top of the world. Filled with serenity and unusual imagery, this documentary is a unique transcript of life above the line. 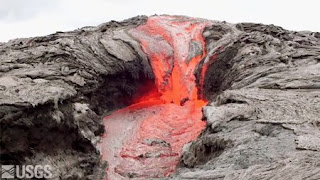 The Green Sea Turtle with Jacques Cousteau (1970, color)
Jacques Cousteau is a force of nature, a patron of the seas and an honorary amphibian.  Filmmaker, scientist, inventor, innovator, activist, scholar, diver and father, Cousteau is responsible for much of what we know about the liquid world that covers most of our earth.  This piece, part of The Undersea World of Jacques Cousteau, follows a lone 400 lb turtle as she treks across the ocean migrating one thousand miles.  Cousteau, known widely as “le Commandant” or “the Captain”, won a Palm d’Or at Cannes Film Festival for his work on The Silent World with Louis Malles in 1956.

Geysers, Lava and Hotspots (1961, color)
Beautiful live action meshes with hand drawn renderings of how these natural explosions take place.  Geological and geographical, this short by Journal Films Inc. gradually unveils it grand drawing as it takes on the amazing science of these flaming hot liquids that can’t help but eject from the earth.  Deconstructing the process from ground up, this is an informative look at how this simple earth science works with an artistic reward at the end. 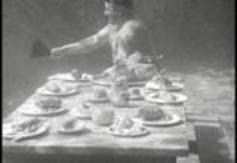 Aqua Frolics (1950, B+W)
This wet and wild compilation is full of fun and strange water activities.  A newsreel style staging of clowning around in a world where most people need gills, these vignettes are silly and somewhat surreal.  All things once thought normal go berserk when you add a little agua.  This film is a fun respite from regular news footage and sends a great message about imagination and the joy of performance art.


Living Things in a Drop of Water (color)
Produced by Encyclopedia Britannica Films, this educational documentary magnifies all things small and un-seeable by the naked eye.  Travel deep inside a single drop of water to meet the thousands of things that thrive within it.  Taking things down to the cellular level, this documentary ponders the community of living organisms having a ball and procreating in something so small we can’t even hold in our hands. 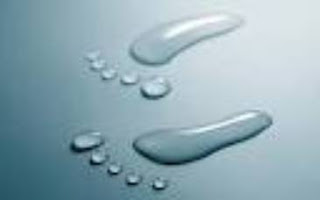 Water (1961, color)
Animator Phillip Stapp delivers with this piece commissioned by the United Nations and approved by the World Health Organization.  Another Journal Films Inc production, this documentary highlights Stapp’s interesting animation style combining and contrasting live-action footage and photographs with pointillist inspired drawing.  These airy images depict the problem of water rights, water shortage, and the needs of our ever-growing world with snappy style.  Stapp is well known for his work in animation with films like Boundary Lines (1946) which introduced his ‘evolving scroll’ efforts and work with music and lines.  Water is a retro reminder of our problem with life’s juice that has not yet subsided.  In a new world with 7 billion people, this film’s relevance is very contemporary to our time.