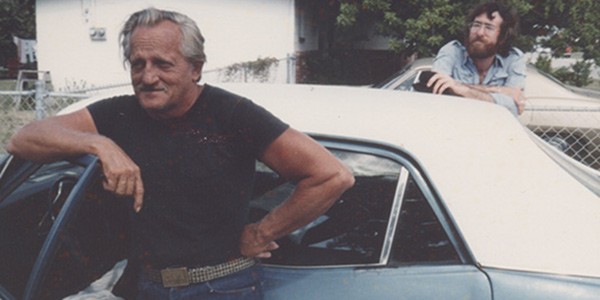 Oddball Films and guest curator Jeff Giordano present Seduced and Abandoned in Florida featuring the San Francisco Premiere of early Ross McElwee documentary Space Coast (1979).  Rarely screened and not available on DVD, Space Coast pairs oddball documentarian Ross McElwee, legendary for directing the offbeat, Sundance Grand Jury Prize winning doc Sherman's March (1986), with Michele Negroponte (I'm Dangerous with Love) for a portrait of 1970s Cape Canaveral Florida.   In true offbeat fashion, Negroponte and McElwee follow three residents of Cape Canaveral, Florida -- several years after the phasing out of Apollo moon missions: a salty newspaper reporter who has witnessed 1,600 consecutive launches; an out-of-work maintenance man who now leads a motorcycle gang; and the owner of a small construction company who sidelines as the clown-host of a local kids television show. Negroponte and McElwee transcend the “God, guns, and family” clichés of small town America in this emotionally complex, novelistic portrait of people living in hard times.  Space Coast will be preceded by two fabulous vintage Florida shorts, The World Parade: Fun In Florida (1950's) will refresh you on everything tourists love in Florida: Historic St. Augustine, snarly alligator farms, exotic sea animals, succulent Palm Beach, shuffleboard, the world's largest trailer camp (at the time) in Sarasota, and many more locales and creatures and see Florida through the eyes of a sick chimp in Mr. Chimp Goes South (1950's).  It's one rare evening of fascinating Florida fun. 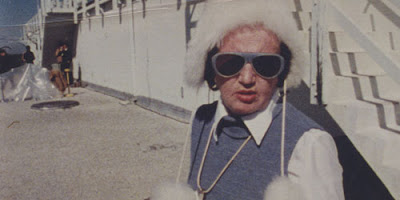 
This rare documentary follows three characters who lived in Cape Canaveral, Florida since the 1940's.  When the space program was deactivated in the 1972, the entire region was stricken by an economic depression. Many residents left the Cape, leaving it as an abandoned ghost town, but Mary Bubb, Papa John Murphy, and the Reverend Willie Womack remained. All offer their wisdom on the landscape changing around them: the declining economy, closing of launch pads, and frustrations of the community.  Co-directors Ross McElwee and Michel Negroponte traveled from Cambridge, Massachusetts to Florida and captured their lives at the brink of collapse. Predating reality television by 20 years, if Space Coast were made today it would surely be a much different portrait. 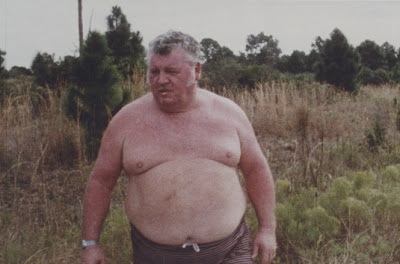 “Here’s me in pink stretch pants,” notes Mary Bubb. She’s a space reporter in Cape Canaveral, Florida, at the moment sharing some of her memorabilia with filmmakers Ross McElwee and Michel Negroponte. She smiles as she remembers a friend telling her, “Not everybody has their pink ass on the cover of Newsweek.”

The film follows two other residents of the Space Coast, Papa John Murphy and the Reverend Willie Womack. Papa John keeps himself distracted by wrestling with his daughter Diane and serving as president of the Saints motorcycle club. “Jesus had to have been an extremely rugged individual,” he submits, “He lived the life of a fisherman, he wasn’t no pansy.” Willie owns a construction company, hunts "gopher" with his sons in swamps, and freelances as a clown on local television.  Each scene in the film offers poignant images of struggling life, resulting in the reshaping of a culture, built on ambitions unmet and options unknown -- not too far from our country's current social climate. 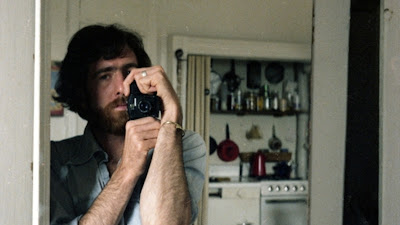 “For the past twenty-five years, Ross McElwee has given new meaning and flair to first-person non-fiction cinema. Always wise and irreverent, ever the unreliable narrator, McElwee makes the grandest themes of human comedy his artistic province: love and death, chance and fate, memory and denial, the marvelous and the appalling.”
-The Museum of Modern Art

“A documentary by Ross McElwee could be made by no other. Since his hilarious autobiographical breakthrough Sherman's March (1986), the profound artist-philosopher has been using his own life as a springboard to examine humankind's biggest issues, and tiniest.
McElwee makes movies the way life might, ideally, be lived.”
-Entertainment Weekly 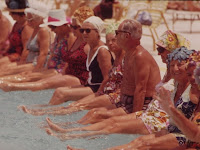 About Michel Negroponte:
Michel Negroponte is an award winning filmmaker who has been making feature length documentaries for more than 30 years. His documentary films include the award-winning Jupiter's Wife (1994), No Accident (1996), W.I.S.O.R. (2000), Methadonia (2005) and most recently, I'm Dangerous with Love (2009). 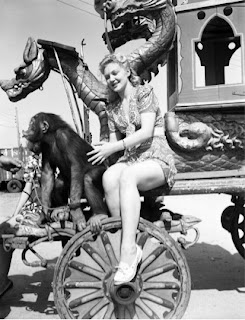 Mr. Chimp Goes South (B&W, 1953)
A 16mm bizarre tale of a sick chimpanzee who gets sent to Florida for some R&R. We experience Florida through the chimp's perspective as he squeezes in tours and fun in the famous Florida sun all while recuperating, proving that Florida is the best place to get back on your feet. Not exactly politically correct, but rest assured –- this chimp had a great adventure down South!

The World Parade: Fun In Florida (B&W, 1952)
This 16mm gem will refresh you on everything tourists love in Florida: Historic St. Augustine, snarly alligator farms, exotic sea animals, succulent Palm Beach, shuffleboard, the world's largest trailer camp (at the time) in Sarasota, and many more exotic locales and creatures.  Relish in the lush beauty of Florida’s national treasures and discover a new appreciation for the sunshine state.

Curator’s Biography:
Jeff M. Giordano is a UNC: School of the Arts – Film School graduate.  He is an award-winning documentary filmmaker and has curated over 50 films.  Jeff has directed 7 independent films and resides in the Bay area.  Giordano is a Pre-Screener for the upcoming San Francisco International Film Festival and also Programmer at SF IndieFest. Visit his website at: www.jeffmgiordano.com