Travels, Trips, and Journeys: A Night of Vintage Voyages - Fri. May 1st - 8PM 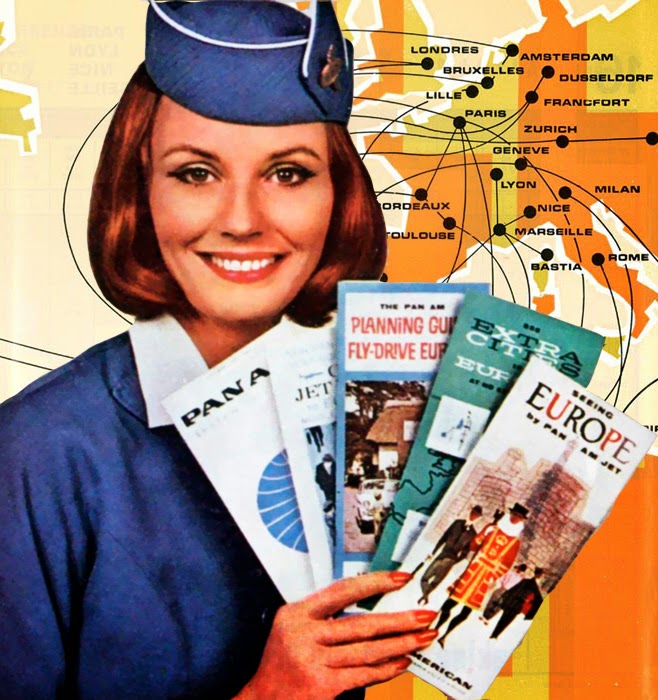 Oddball Films and guest curator Christina Yglesias invite you escape your present time, place, and dimension with Travels, Trips, and Journeys: A Night of Vintage Voyages. We'll venture to an underwater circus full of vintage vixens, experience the opulence of the golden age of American air travel, see what a modern art museum looks like through the eyes of belligerent claymation drunk, root for a tiny wiener dog on the run, go on a musical midcentury greyhound trip, heed the dangers of an LSD trip gone wrong, and more! Venture to the era where stewardesses, not suitcases, were weighed before flights in Pan Am’s World (1966). This promotional film will take you from Thailand, to Paris, to Australia, and beyond, giving you a taste for the top of the line jets, intercontinental hotels, and general fanciness of the world of 1960’s air travel. For a trip of a different sort, there is LSD: Insight or Insanity (1967), full of rebellious teenagers, psychedelic wonders, and shocking psychedelia. Otto, the adventurous little wiener dog protagonist of A Dogonne Story (1940s) will be sure to win your heart. He runs away from the German countryside (rather than put up with the indignity of a being given a bath) to the big bustling city where danger, sausages, and dogcatchers await. Ride a greyhound bus through the American technicolor heartland in the kitschy short America for Me (1952). See the amazing claymation of Closed Mondays (1974) and take a tour of an after-hours modern art museum where art comes alive in the perceptions of the drunk protagonist. Things will get even weirder with Submarine Circus (1945), which features an underwater hot dog stand, a dude wrestling a alligator, and some sexy synchronized faux-mermaids. Early comers will get to view a wonderful collection of dated, unintentionally funny, sometimes offensive, and often strange Airline Commercials. 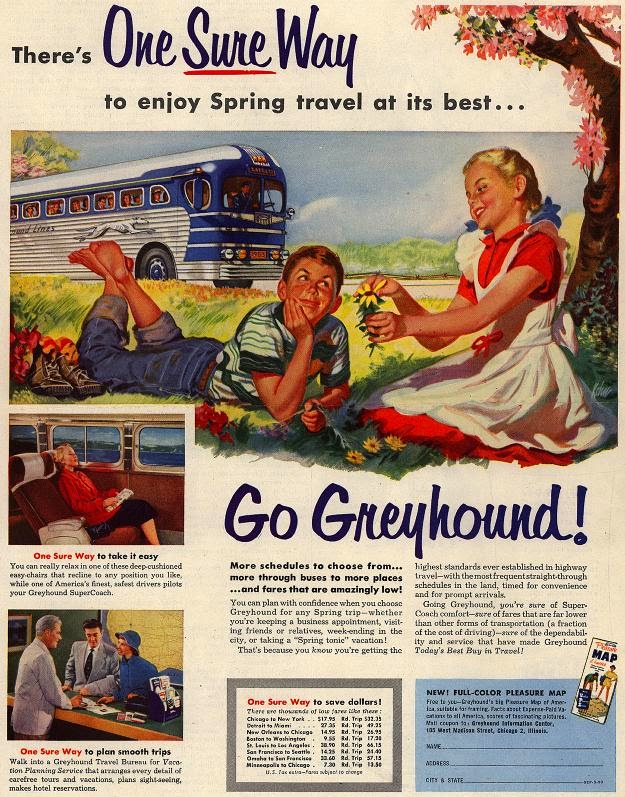 America For Me (Color, 1952)
This gorgeous Technicolor film showcases two young women who take a Greyhound Bus tour across America. This film, made when oil hovered around the 25 cent per gallon price is worthy of an Academy Award for all the wrong reasons-it’s inherent cornball sexism and misguided romanticism, bad setup shots and much more. Produced by kitsch maestro Jerry Fairbanks, it was ostensibly designed to tout the pleasures of Greyhound bus travels around the US and features all the highlights of a cross country trip with Indian villages and national monuments-just a step away from the bus. The story bottoms out-or picks up depending on your perspective as one of the women gives up her teaching career and her hope of earning a master's degree in order to marry a hick cowboy named Tex she meets on the bus. But don’t despair-the films ends with a bang as the entire bus breaks out in song! A howler!

A Doggone Story (B+W, 1940s)
Otto the weiner dog is growing tired of his life on a rural German farm. An unwanted bath is the last straw for Otto- he runs away to the city where adventure insues. The little country pup gets into plenty of trouble, stealing sausages, escaping death, evading the dog catcher. This adorable film has never been screened at Oddball before!

This breakthrough film created by Will Vinton (The California Raisins) and Bob Gardiner won an Academy Award in 1975. In an after-hours visit to an art museum, a drunken man encounters the world of modern art. As he wanders through the gallery, paintings and sculptures shift from illusion to reality, an abstract painting explodes with rhythmic movement, a Rousseau jungle releases its captive images, a Dutch scrub woman talks about her plight, and a kinetic sculpture comes briefly and breathtakingly to life. A tour-de-force of clay animation that set the standard for Claymation as an art form. 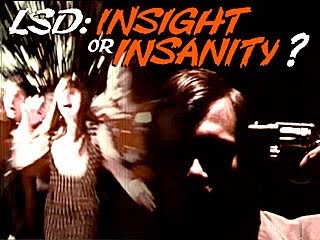 LSD: Insight or Insanity? (Color, 1967)
Sal Mineo narrates this trip-adelic anti-acid scare film.  We begin with a bunch of groovy teenagers, doing whatever hairstyle or game of chicken they need to do to be cool.  When that includes the kick of LSD, you better get ready for "the end of your life kick; a kick in the head." Swingin' chicks, hot hot-rodders and tons of psychedelia make this one hell of a trip! 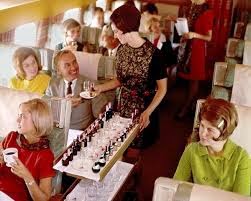 Pan Am’s World (Color, 1966)
Jet around the world in this Pan Am promotional film from the heyday of luxurious air travel. From Thailand to Paris, Australia to England, this film takes us everywhere, or at least everywhere Pan Am flies. Plenty of great commercial fodder tossed with some spectacular footage from around the globe make this a travel mix-up not to be missed!

Submarine Circus (1945, B&W)
Underwater swimmers put on an amazing underwater show complete with slinky mermaids, underwater hot dog stands, hula girls, and even a man wrestling an alligator. All with the power of holding their natural breath! 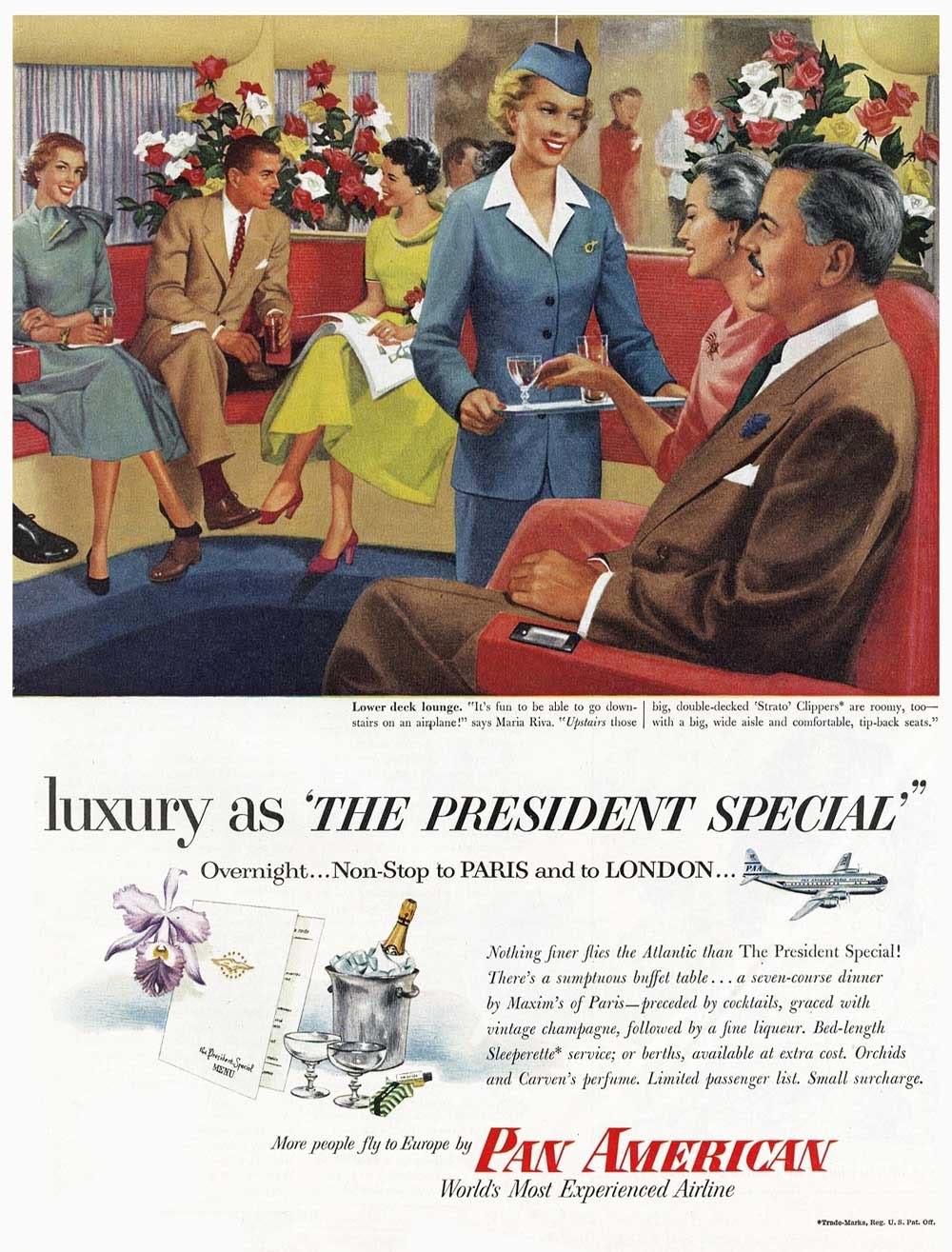 Vintage Airline Commercials from United, American, and National Airlines. After a few of these, you'll surely be tempted to fly the friendly skies of United!


Curator's Biography:
Christina Yglesias is an artist hailing from Oakland. She holds a bachelors degree in Intermedia Arts and Studio Arts from Mills College. She is a former Oddball intern, a professional media-er, and an aspiring film nerd.