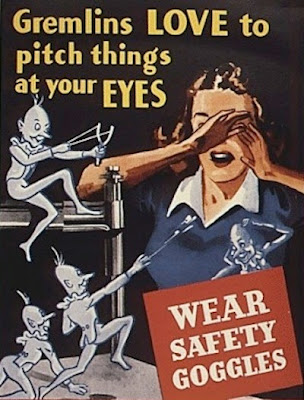 Oddball Films and curator Kat Shuchter present Learn Your Lesson...About Safety: A Dangerous Shockucation, the 27th in a monthly series of programs highlighting the most ridiculous, insane and camptastic educational films, mental hygiene primers and TV specials of the collection. This month, we are getting safe with exploding dolls, stop-motion creeps, google-eyed punching bags, broken bones, eyeball surgery, monkey children, choking babies and more! Playground Safety: The Peepercorns (1975) warns you to not have too much fun on the playground, unless you want to end up like the peepercorns, a stop-motion gaggle of spherical children with terrible luck on the monkey bars. Much like the peepercorns, the punching-bag shaped Schmoadles have a similar problem with riding the school bus in another head-scratcher from Crocus Productions, School Bus Safety: A Schmoadle Nightmare (1975). Let's set your dolls on fire and explode that mannequin with Chemical Booby Traps (1959), an extra-explosive short from General Electric. Discover the history of CPR and what to do when your baby chokes on plastic or traps itself inside a refrigerator, in the shocking That They May Live (1959). Keep on those shop glasses, or you may end up in eyeball surgery, in the vaguely experimental Don't Push Your Luck (1966). For all the housewives out there, learn how to not make brainless mistakes like the silly woman you are with Cooking: Kitchen Safety (1949). Watch out for the "red light" people in the half- pedestrian safety/ half predator scare film Meeting Strangers: Red Light, Green Light (1969). Early birds can set out on an ill-fated bike ride with ten monkey-headed children in the notorious One Got Fat (1963). Plus, shocking excerpts from shop-safety film It Didn't Have to Happen (1951), door prizes and more special surprises! If you don't learn your lesson tonight, you might not make it until your next field trip! 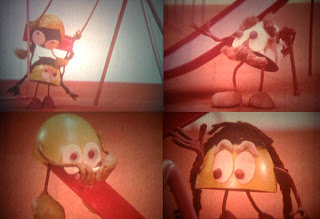 Playground Safety - The Peepercorns (Color, 1975)
From Crocus Films, the studio that brought you The Munchers, comes a delightful stop-motion look at the dangers of the playground for the creepy little creatures known as Peepercorns.  Yes, you read that right... Peepercorns!  Grandpa Peepercorn teaches us all how to play safe by recalling the tragic tales of Peepercorns that didn't fair so well.

School Bus Safety: A Schmoadle Nightmare (Color, 1975)
Reason number 27 not to take acid when you drive a school bus: you’ll be beset by huge, inflated, paramecium-shaped truants who want to make your life a living hell! See a school bus driver fend off a gaggle of Schmoadles, badly behaved little bastards who don’t know how sit still and can’t ride a bus without getting the cops involved. No one else can see them, but the bus driver knows they’re still there… Another bonkers production from Crocus Films and Art Pierson! 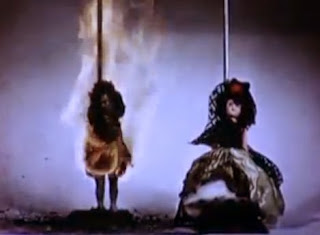 Chemical Booby Traps (Color, 1959)
Let's set sh*t on fire!  This GE (General Electric - We Bring good things to life) industrial safety film shows you how NOT to store explosive chemicals - and what happens when you do! There are burning dolls, exploding sinks, mannequins and fridges and fires galore!

That They May Live (Color, 1959)
From (of all places) the Saskatchewan College of Medicine comes this look at every conceivable scare story about loss of life. Babies choke on plastic, kids lock themselves into refrigerators and dinner guests choke. All this can be prevented by YOU! 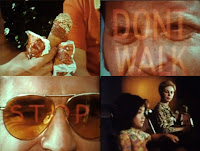 Meeting Strangers: Red Light, Green Light (Color, 1969)
Watch out for the "red light" people! Learn how to cross the street and how avoid the countless molesters that are constantly following you and your crew of tots in this ridiculous shock film for the grade-school set. A group of kids are just out for a stroll to see a movie, when they are beset by predator after predator, until each child has learned their lesson.  Even includes a rare scene with a female pedophile.

Don’t Push Your Luck (Color, 1967)
This 1967 work safety film, with psychedelic effects and a deeply subjective perspective will get you to see the truth about the need for safety goggles and the horrifying aftermath of those who refuse to shield their peepers. You might need to close your eyes for the brief eyeball surgery shot.

Dining Room Safety (Color, 1969)
How does Delacroix’s ‘Liberty Leading the People’ relate to a training film for restaurant staff? I...don’t know, but this film seems to think that if we don’t learn how to be safe on the job (by going through the appropriate In/Out door, by not pouring hot coffee into cups when people aren’t looking), then staff or customers might wind up as one of the dead on the barricade. Come see a metaphor stretched beyond reason, along with dozens of broken dishes.

One Got Fat (Color, 1963)
Bizarre/legendary bike safety film- 10 young cyclists acting like monkeys (wearing masks and tails!) head to a city park for a picnic. 9 out of 10 makes a bonehead mistake and suffers a major accident- all but one, who reaches the park and... Here’s how a few of the characters meet their demise:
1.Tinkerbell ("Tink") McDillinfiddy forgets to watch out for a stop sign, and is hit by a large truck.
2. Phillip ("Floog") Floogle rides on the left...POW!

3. Mossby Pomegranate’s bike is stolen, police can’t find it because it wasn't registered, as a result of running between one and nine blocks, his feet arches collapse.

4. Slim Jim ("Slim") Maguffny and Trigby Phipps ride double, due to Trigby's lack of vision because of Slim blocking his head, he steers right into an open manhole covering. Find out Friday the fate of the others!