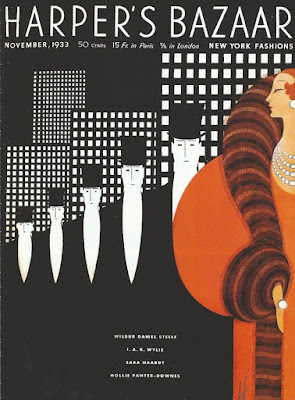 Oddball Films presents The Erté Era - Deco, Design and Dance from the 20s and 30s, a night of films and clips that highlight Art Deco design.  From musical delights to animation, with experimental, documentary, comedy and ephemeral gems, it's going to be a gorgeous and entertaining evening. In Erté (1979), style icon Diana Vreeland narrates a portrait of the man that coined the phrase and single-handedly started the Art Deco movement through his art, advertisement, and costume design. See the construction of some of the Big Apple's deco architecture in Twenty Four Dollar Island (1927), Robert Flaherty’s portrait of New York City in the 1920s. Learn the secrets behind your makeup with the rare and exotic promotional short Accent on Beauty (1930s). George Pal's puppetoons take to the bandstand in the stunning stop-motion short Philips Broadcast of 1938 (1937).  The silent experimental piece The Life and Death of 9413: A Hollywood Extra (1928) features an imaginative mix of miniatures and live-action to tell a bleak but beautiful tale of broken dreams. Betty Boop is a bit of a flapper as she teaches a dance class in the pre-code cartoon The Dancing Fool (1932). For a stint of comic relief, go decor shopping with George Burns and Gracie Allen in The Antique Shop (1931), a ridiculous and hilarious early short from the famous comedy duo.  Plus, a ton of jaw-dropping 1930s musical magic including Fred Astaire and a gaggle full of high-flying chorus girls in an eye-popping musical number from Flying Down to Rio (1933), the disembodied head and army of sparkling tap dancers in The Lullaby of Broadway (1935) from Busby Berkeley's Gold Diggers of 1935, and go "Slummin' on Park Avenue" with Alice Faye and the Ritz Brothers in a gender-bending clip from On the Avenue (1937). Early birds will be serenaded by Buster Keaton and his juggling radio act in Grand Slam Opera (1936). 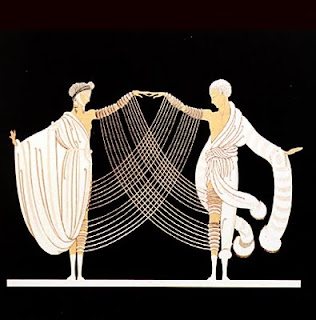 Erté (Color, 1979)
A portrait of the life and work of Romain de Tirtoff, better known as Erté, the artist who contributed greatly to the development and acceptance of the art deco design movement of the 20th century. This Russian emigre, influenced by Oriental art, designed for theater, movies, Harper's Bazaar and Vogue magazines. Includes interviews with Erté himself. Directed by Tony Ryan and narrated by style icon Diana Vreeland. Catch a tiny but tantalizing clip here:  https://www.youtube.com/watch?v=oEwF4n3I8Ng 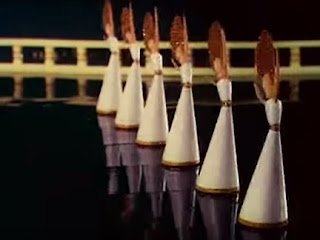 George Pal, master of the “Puppetoon” and special effects innovator created this jazzy, snazzy animated, (with racist caricatures) gem. Philips was one of the first companies to commission Pal's films for advertising. Radio was the "TV" of the time, and Philips wanted to communicate the world-opening wonders of radio to people at theaters. Different kinds of music from around the world provided a perfect backdrop for Pal's animation, which works wonderfully when set to music. As with other animated musical cartoons, the animation in this high-energy puppetoon was "scored" to perfectly match the music, beat for beat. 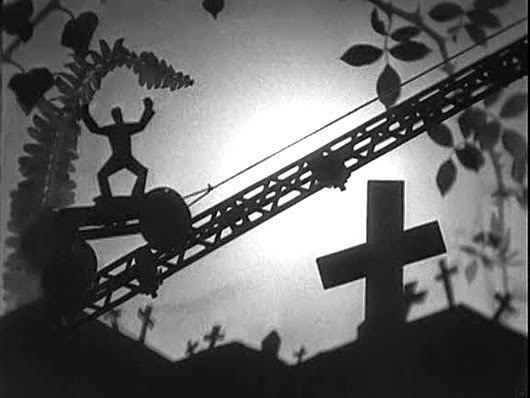 The Life and Death of 9413: A Hollywood Extra (B+W, 1928 Robert Florey/Slavko Vorkapich)
Expressionistic miniatures interspersed with close-up photography of actors tells the story of a young hopeful actor defeated by the ruthless Hollywood star system. According to co- director Robert Florey the total expenditure of the production was $97.00! Harsh and lovely in almost equal measure!  Slavko Vorkapich would go on to devise beautiful and much-loved montage sequences in many films of Hollywood’s Golden age. Photographed by Gregg “Citizen Kane” Toland! 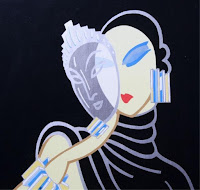 Accent on Beauty (1930s, B+W)
A luscious travelogue and infomercial in one! Those bottles and jars filled with the promise of loveliness are a serious business, requiring both big scary machines and delicate hands. Exotic ingredients, precise manufacturing methods and skilled technicians come together to make de luxe miracles for milady's dressing table. 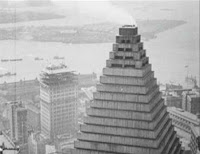 The Dancing Fool (B+W, 1932, Dave Fleischer)
Bimbo and Koko are sign painters hired to paint the lettering on the window of “Betty Boop’s Dancing School". Inside Betty teaches her friends how to shake their tail feathers to the tune of "Dancing to Save Your Soul." This cartoon provides us with a glimpse of the kind of dancing and outfits that would be banned from Betty’s cartoons only two years later.

Antique Shop (B+W, 1931)
In this early George Burns and Gracie Allen offering, George stops in at an antique shop to purchase a statue. After considerable difficulty in making connections with a salesperson, he is finally directed to Gracie, and the communication problem can be left to the imagination.  The ending will leave you in stitches! 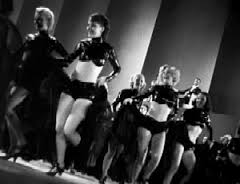 Lullaby of Broadway (B+W, 1935)
The entire "Lullaby of Broadway" number from Gold Diggers of 1935 (Busby Berkeley, 1935) featuring Dick Powell. The silhouette of a smoking woman becomes the city of New York. A Broadway baby is dropped at home, to sleep till the evening. In a swanky 1930s nightspot, a dancing couple is joined by an army of tap dancers, in all the frenzy, a party-goer falls to her death. 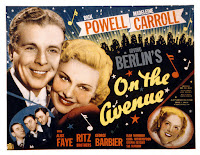 On the Avenue (B+W, 1937)
Dick Powell, Alice Faye and the Ritz Brothers sing and dance down the avenue in a highlight reel from the stylish musical comedy from Irving Berlin.  A curtain opens on Alice Faye who sings "Let's Go Slummin'."  She is joined by a dancing, singing troupe of players who "go slummin'" on Park Avenue.  Then the Ritz Brothers cross-dress to parody Faye's performance.  With other numbers including "I'm Still Wearing Last Year's Love"  and Dick Powell reprising "Let's Go Slummin'" to his bride to be. 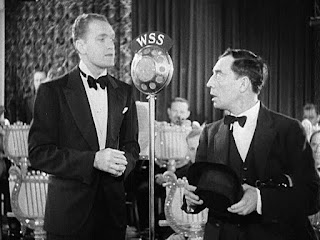 Grand Slam Opera (B+W, 1936)
Keaton talks! In this hilarious talkie short from the inimitable Buster Keaton includes a lot of delightful art deco touches and even more laughs.  Keaton stars as Elmer Butts, a juggler with big dreams.  After he's forced onto a train by a horde of angry townspeople, he sets out for New York to make his dreams come true... by entering a talent show on the radio (who doesn't want to listen to juggling?)  After a few dismissals and more than a few prat falls and ridiculous interruptions, Elmer gets his chance, only to disrupt the entire orchestra with his clumsy shenanigans including getting into a baton fight with the conductor!
Curator’s Biography

Kat Shuchter is a graduate of UC Berkeley in Film Studies. She is a filmmaker, artist and esoteric film hoarder. She has helped program shows at the PFA, The Nuart and Cinefamily at the Silent Movie Theater and was crowned “Found Footage Queen” of Los Angeles, 2009. She has programmed over 150 shows at Oddball on everything from puberty primers to experimental animation.
About Oddball Films
Oddball Films is a stock footage company providing offbeat and unusual film footage for feature films like Milk, documentaries like The Black Panthers: Vanguard of the Revolution, Silicon Valley, Kurt Cobain: The Montage of Heck, television programs like Mythbusters, clips for Boing Boing and web projects around the world.