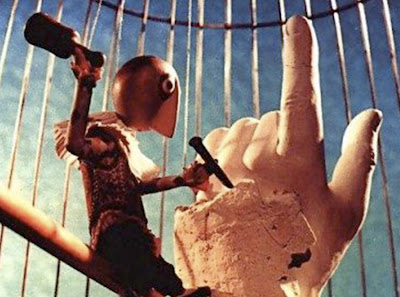 Oddball Films and guest curator Christine Kwon present The Hand: Peninsula Performances. With live accompaniment by Korean American musician Donghoon Han on the cine-stage, this program explores political and social powers that be, employing a diverse slate of films set against Han's unique fusion of nostalgic Korean pop and futuristic synth-based melodies. The program is bookended with sublime nature pics Earth: Man's Home (1970) and The Milky Way (1970s), which locate humankind in the larger phenomenon of creation. In between, Western-produced ethnographies of Korean and Chinese civilizations are revealed in The Korean People (1961) and Heart of the Dragon (1984). The centerpiece of the night features stunning puppet animation by Czech artist Jiri Trnka in The Hand (1966), a gripping allegory about a simple man, his beloved flower, and the dictatorial power that crushes his only joy. Filmic treats interspersed include a live action vision of hell in Dante's Inferno (1935), the disturbingly jolly claymation The Lost Sun (1968) and a moving portrait of mid-century world affairs in News Parade of the Year 1947. 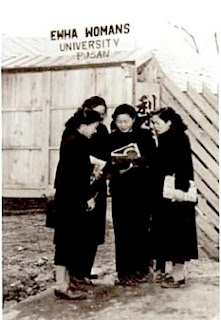 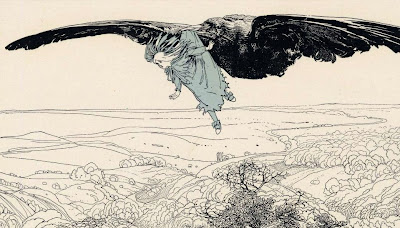 Oddball Films and guest curator Hila Abraham bring you Spread Eyes and Fly! Let the everyday unfold before you and reveal the transitory meanings and senses embedded in the shapes and colors of our worldly encounters! Come join us while we thread our way through the aisles of our prosaic existence to a more poetic one.  Use your eyes to fly and see from above a world of wonder... Embrace your inner bird with the sweet tale of The Icarus Wish (1972), and learn something you haven’t known about Birds and Their Characteristics (1961). Explore an Unseen World (1970) in the science-film written by science-fiction author Isaac Asimov. From microscopes to slow motion cameras, the film explores the question: What secrets lay beyond our present view of the unseen world?  No. 00173 (1969), a rare experimental Polish film, features one butterfly in its quest to catch your eye and arouse a touch of beauty at a Metropolis-like factory. Claude Lelouche’s short film Rendezvous (1976) presents a one-shot mesmerizing high-speed-drive through the streets of Paris. Keeping up with the speed, we’ll be moving on to Tom and Jerry: Is There a Doctor in the Mouse? (1964). Jerry discovers a secret potion that turns him into an ultra-fast mouse and Tom goes crazzzzy! Made in the renowned Béla Balázs studios and generally considered the starting point of a fresh visual style in Hungarian filmmaking, Elegy (1968) is a pure and captivating film-poem with a haunting soundtrack and startling beautiful images of wild horses, cracked pavements, circus magicians, naked trees, and more. We will close our night with some words of wisdom by Blind Gary Davis (1964), an inside look into the music and lifestyle of blues guitarist and reverend Gary Davis. 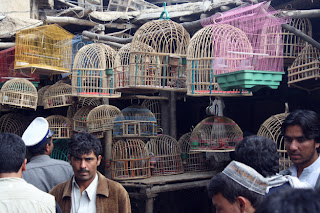 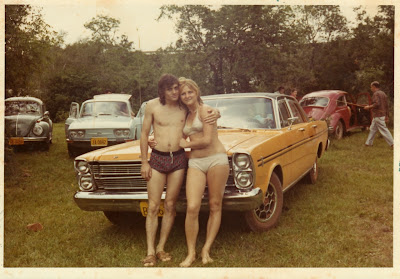 Oddball Films presents Strange Sinema 55: Lost Summer, an evening of newly uncovered gems, new finds and offbeat films from America’s strangest film archive, all hand-picked by curator Stephen Parr. Tonight’s program features a look at the lost summers of wayward, wandering and just plain confused youth along with quirky highlights and histories from our nation’s most popular summer hotspots. Visit San Francisco, SoCal, Mazatlan and even Niagara Falls in all its glory. Highlights include: Banana Skin Freaks (1960s), a only-in-San Francisco shot film featuring banana skin smoking freaks in a post Be-In Golden Gate Park, Skater Dater (1965), the quintessential award-winning young love/sidewalk surfing film, (with a boss soundtrack by Davie Allen and the Arrows), The Day That Sang and Cried (1968) showcases the SoCal teen angst of the 1960s produced by Dale Smallin (The Surfaris), Come to LA (1970s) an unintentionally hilarious promo for LA produced by the LA Visitors Bureau (Where else can you have lunch outside every day?) replete with bikinis clad gals on the beach, Matzlatlan Mexico (1960s) watch trashy tourists play donkey polo 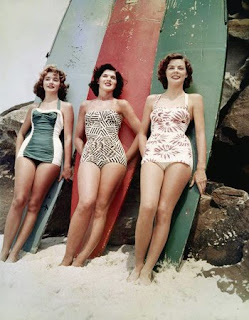 on the beach in this swingin’ home movie!, Niagara Falls (1985), witness daredevils go over the falls in barrels in this Blue-Ribbon awarded doc about the history of America’s favorite honeymoon destination, “educate” yourself on How to Choose a Sunscreen (1985) Plus! Rolling in Style (1954) a rolling fashion show on wheels hits the farm belt! 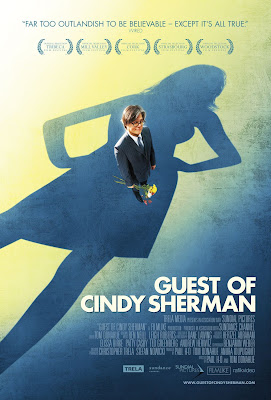 Oddball Films brings you a screening of Guest of Cindy Sherman by New York filmmakers Paul H-O and Tom Donahue, with filmmaker and subject Paul H-O in person. You’ve seen the SFMOMA exhibit; now see the reality behind it.  This controversial feature documentary explores video producer Paul H-O’s relationship with his world famous artist girlfriend Cindy Sherman while exposing the dark underbelly of the NYC Art World. An interesting and witty look at the dirty politics of fame and art and the fragility of the male ego in the face of a relationship with an artistic superstar. Starring Paul H-O and Cindy Sherman with appearances by John Waters, Danny DeVito, Eric Bogosian, David Furnish, Sir Elton John, Julian Schnabel, Jeanne Tripplehorn, Andres Serrano and dozens more.  With unseen outtakes from the film and a Q&A to follow, it’s an evening that will expose more than the photographs of the brilliant yet elusive Sherman. 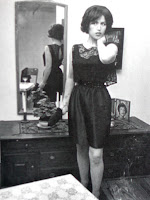 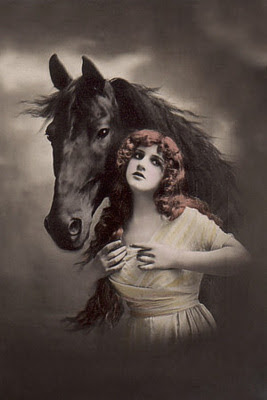 Oddball Films and guest curator Landon Bates bring you Hay Fever!, a selection of 16mm short films which celebrate that most magisterial of mammals: the horse.  These 7 equine shorts range in genre from historical to horror, from mystical to musical, and, incidentally, none of them are westerns.  We’ll kick things off with a special sort of newsreel from the San Francisco Media Archive, Blackie, Wonder Horse Swims the Golden Gate (1938).  Then, once out of the gate, we’ll move along to the atmospheric Philip and the White Colt (1969), directed by Richard Sarafian, involving a lonely mute boy who forms a spiritual bond with a mysterious white colt roaming solo over the English hillside.  Dream of the Wild Horses (1962), an ecstatic nightmare vision in which wild horses gnash their teeth and kick up slow motion mud, alternately bounding through fire and water, is not to be missed.  Milestones of the Century: Horse Racing’s Greatest Spills, newsreel footage from the 1940’s, features jockeys and their mounts at their most unfortunate, tumbling into the dust like dominos.  The Babbitt and the Bromide (1946) showcases the likes of Fred Astaire and Gene Kelly, romping around in front of equestrian statues, in a musical number from Vincente Minnelli’s classic Ziegfeld Follies.  The Unicorn in the Garden (1953), an animation adapted from a James Thurber cartoon, puts that magical cousin of the horse in the middle of a dysfunctional domestic situation.   And lastly, at the finish line will be The Rocking Horse Winner (1977), a demonic adaptation of D.H. Lawrence’s chilling story about a boy who rocks himself into clairvoyant trances in order to predict horse racing winners and help his mother get out of debt.  Whether you trot, canter, or gallop, get yourself over to Oddball Films for this uniquely equestrian evening. 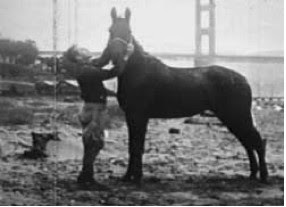 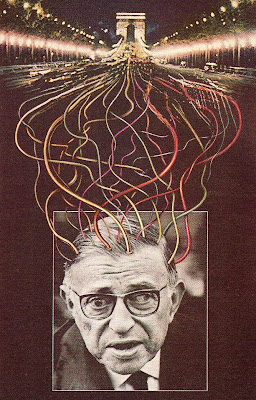 Oddball Films and guest curator Lynn Cursaro present Kooks, Eccentrics and Other Visionaries, a night that celebrates those special individuals that harbor and foster miraculous obsessions.  An inspiring roundup of dreamers, schemers and true believers, featuring High Wire (1984), which documents Philippe Petit, the subject of the Academy Award winning Man on Wire as he prepares for a gasp-worthy performance at NYC's St. John of the Divine Cathedral (with a sound score by Philip Glass). Revisit the reign of Emperor Norton (1948), self-proclaimed "Emperor of These United States," "Protector of Mexico" and a true San Francisco original. The City by the Bay struts its stuff as a shaper of nascent nuts in the loopy non-narrative Lopsideland (1969). Knighthood is still in flower for the Castle Man (1979), who devoted his life to constructing a ⅕ scale of a Medieval castle using hand-crafted brick, mortar and stone, in Loveland, Ohio. A young girl’s devotion to school bus safety spills over into a life-defining obsession in the kooky educational short Bus Nut (1980). In Jerry’s Restaurant (1976), famed filmmaker Tom Palazzolo portrays a lovable Chicago deli owner’s oddly endearing service-with-a-snarl approach wins him a devoted clientele.   Full of innovation, persistence and originality, this is one inspiring night that's guaranteed to have tons of character. 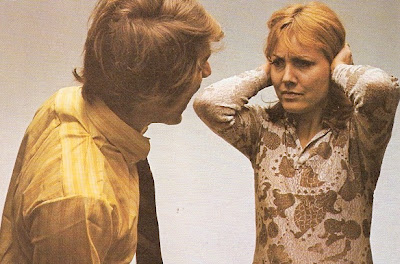 Oddball Films and guest curator Kat Shuchter bring you Them's Fightin' Words, an evening of films exploring those most human responses of Anger, Aggression, Belligerence and Battle, with a little bit of everything combative, from vintage foxy boxing to a Western barroom brawl to self-defense for teachers.  Two hideous puppets beat each other with bats and teach us how to deal with our frustrations in Feelings: Don't Stay Mad (1972).  Charlie Chaplin doesn't look much like a boxer, but he sure does gets to punching in The Champion (1915).  Marlene Dietrich's got that look and a mean right hook in an explosive excerpt from Destry Rides Again (1939).   In Lipstick and Dynamite (1946), we see two furious femmes go head to head whilst vying for the World-Wrestling title.  In Classroom Crisis: Dealing with Violence in Schools (1980's) we get to learn alongside educators about the proper self-defense techniques when dealing with unruly students.  And discover who it is your anger should be directed at in the short educational musical I'm Mad at Me (1974).  With so many more belligerent bonuses, like Minotaur combat, midget-wrestling, cartoon kangaroo boxing, and a 1970's Renaissance Faire battle, this is one night that will be sure to get your blood boiling! 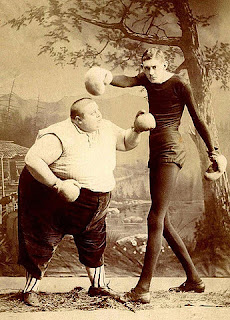 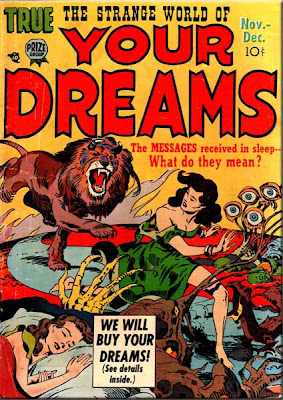 Oddball Films and guest curator Louis Steven present Sweet Dreams, Dark Nightmares and Haunting Hallucinations, an exploration of the surreal, inspiring, nonsensical and uncanny nature of dreams. The depiction of dreams always calls for extraordinary styles of narrative, and special effects. This program aims to show excellent filmmakers at their most indulgent, experimental and absurd.  The program includes La Jetee (1962), a post-apocalyptic story, from the recently deceased Chris Marker, where time-travel is sought through powerful dreams.  Watch the surreal, beautiful and disturbing images of horses in the ocean in Denys Colomb de Daunant's innovative film, Dream of the Wild Horses (1962), suitably scored by Jacques Larsy.  Enjoy a laughing gas induced space trippy dream in the Ub Iwerks classic cartoon, Stratos-Fear (1933).  See the beautiful development of the poppy flower on its path to being the notorious opiate drug in Dream Flowers (date unknown).   Always remember your childhood dreams with the amusing self help film Dreaming (1981) and take a flight over 1960s San Francisco in the award-winning Amateur film Flight to Fantasy (1960) directed by Bay Area filmmaker Lloyd Sullivan.  And for the darker side of restful reverie there is Kenneth Anger’s Invocation of My Demon Brother (1969), a satanic fueled vision with a droning music score by Mick Jagger; and more! 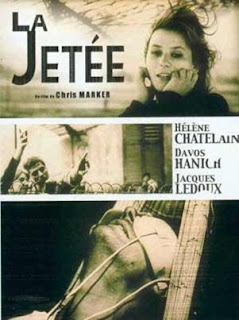 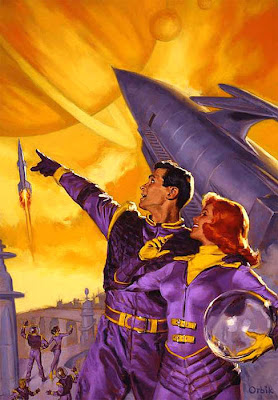 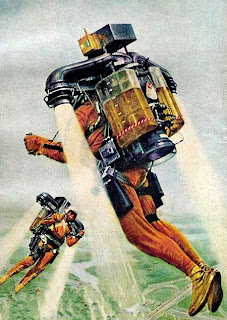