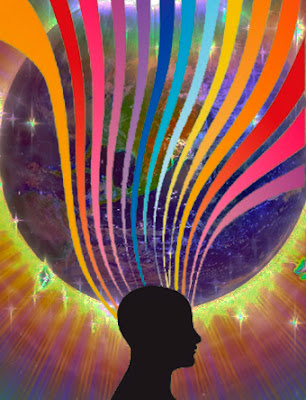 In the ongoing and infinite search for higher consciousness, Oddball Films and guest curator Scotty Slade invite you to the Bay Area Premiere of: You Are a Rainbow: The Quest for Consciousness. Completed in 1980, this nearly lost in the aether documentary examines the “schools” and individuals involved in and related to the Human Potential Movement. Within this film, we are exposed to a seismic unearthing of behind the scenes footage of healing workshops - the young and loving embracing in cosmic dances at the renown Esalen Institute in Big Sur, at SF Playground where everyone gets to be a star, at Leonard Orr’s rebirth ceremonies, in which enlightenment seeking people are lead through a process of cathartic rebirth. We are exposed to the bone-structure teachings of Moshé Feldenkrais, the philosophies of Esalen founder Michael Murphy, William Shutz, and philosopher George Leonard. We speak with Bhagwan Shree Rajneesh about the meaning of life, and we consider far out ideas because we’re Californians and that’s what we do! Shot between 1975 and 1980 in California, from Big Sur to San Francisco, this film has never been shown in the Bay Area until now! Gather round and form your own opinions as to the validity and sincerity of the people in this film. No matter what your final thoughts are, there’s knowledge, beauty, and insight to be drawn from this prodigiously rare film. Plus, The evening will begin with several mind opening 16mm shorts from the Oddball Archive. 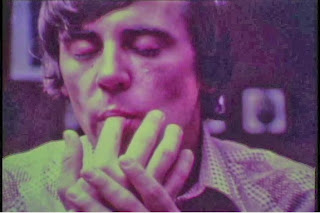 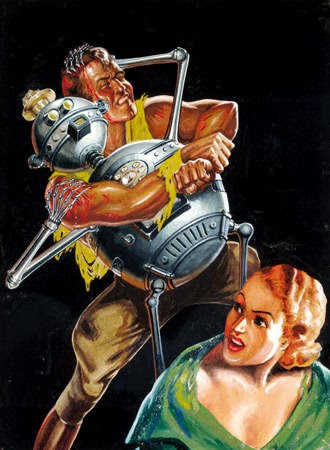 Oddball Films presents an evening of retro robots and futuristic freaks in Strange Sinema 70: Incredibly Strange Robots. Strange Sinema is Oddball Films' monthly screening of oddities, recent discoveries and unusual rarities culled from their 50,000 16mm film archives. This eye-popping program of futuristic delights premiered to a packed house at the 3rd Annual Robot Film Festival in July at the Bot and Dolly Studios in San Francisco.  Incredibly Strange Robots is both a tribute to robots, robotics and mechanized machines and features eclectic and oddball shorts, excerpts from feature docs, motion picture production shorts, cartoons and a Polish avant garde film. Films featured include an excerpt from Elektro The Smoking Robot (1939) featuring the legendary walking, talking and smoking(!) robot from the 1939 New York World's Fair; No. 00173 (1966), Jan Habarta's chilling look inside a futuristic factory with brilliant industrial music soundscore by Eugeniusz Rudnik;  The Weird World of Robots (1968) with famed sci fi writer and futurist Isaac Asimov and Walter Cronkite examining the strange and surreal world of robots in the 1960s. This film feaures  Asimov advocating worker robots to replace blue collar workers, robotic dogs, human amplifiers and more. Other films include an excerpt of Ray Bradbury's Electric Grandmother (1981) starring Maureen Stapleton as a robotic grandmother who replaces the real thing. A Westworld Production Short (1973) gives us a behind-the-scenes look at Michael Crichton’s classic cyber “Westworld”, where a vacation fantasy world for rich vacationers goes horribly wrong.  Daffy Duck stars as a futuristic appliance salesman with screwball devices and robot machines which go haywire in Design For Leaving (1953), The Robotic Revolution (1986) demonstrates how robots can assemble watches and automobiles, stock supermarket shelves, assist in surgery, play the organ, and build other robots. In Mr. Koumal Invents a Robot (1968), Mr. Koumal has a hard time polishing his shoes, so invents a machine to do it in this snappy Czech animated short. We conclude with  Ballet Robotique,(1982) A beautifully shot footage of GM assembly line showcases robots in action, synchronized to classical music performed by London’s Royal Philharmonic Orchestra. Ballet Robotique was nominated for two Academy Awards. Plus! Robot karate, droid commercials, clips from visionary NYC robot maker Michael Sullivan's Sex Life of Robots featuring music by the Alloy Orchestra, and much more! 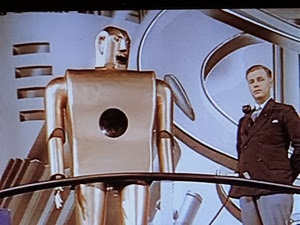 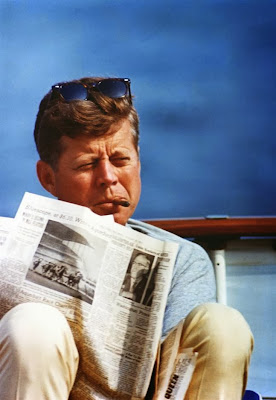 Oddball Films and guest curator Lynn Cursaro present You Don’t Know Jack! Kennedy Film Rarities. On the 50th Anniversary of his assassination, now is a time when the world remembers the man, the myth and the mystery of John F. Kennedy.  Oddball offers up a vintage retrospective of film rarities from the campaign trail, to memorial tributes. Campaign along with the whole Kennedy clan in The New Frontier (1960), the precursor to those self-produced candidate bio pics that get cranked out every four years. The familiar images of Dallas are rearranged to searing effect in Bruce Conner’s avant-garde masterpiece Report (1967). Politics in the Television Age (1963) revisits the first televised presidential debates. Vietnam foreshadowing and Jackie in dutiful wife mode are featured in a segment of The Age of Kennedy (1966). Protest: Assassins (1963) features a rich US history of 20th century political assassinations and attempts, from McKinley to Kennedy. Horizons in Space (1966) tells the dramatic tale of Gemini 8 and its rescue. British Anthony Newley sings “Tribute” a maudlin ballad he wrote for our fallen leader in an oddity from The Hollywood Palace. And so much more! Complimentary treats for all, including Texas-shaped gingerbread from the kurator’s kitchen. 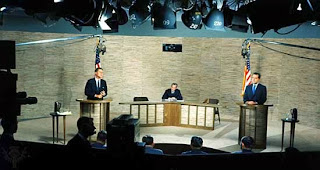 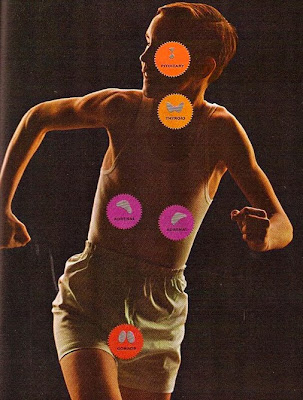 Oddball Films and curator Kat Shuchter present Learn Your Lesson...About Your Body- Sex, Hygiene and Shockucation, the ninth in a series of programs highlighting the most ridiculous, insane and camptastic shockucational films and TV specials of the collection. This month, we are taking on the growing body, with a healthy dose of puberty, hygiene and sex education.  Lather up with the exceedingly creepy Soapy the Germ Fighter (1951) as he teaches you to wash your hair every two weeks and keep germs out of your body.  Learn all you need to know about growing up and your health triangle in the groovy musical cartoon Steps Towards Maturity and Growth (1969), brought to you by Upjohn pharmaceuticals and Walt Di$ney Productions.  Marlo Thomas joins a slumber party of young girls to gab about their changing bodies and other girl stuff with a groovy, disco infused soundtrack in The Body Human: The Facts for Girls (1980).  The Schoolhouse Rock gang pipes in with a little number about feeding The Body Machine (1979).  Unleash the freedom of your own body with Nudism: A Way of Life (c. 1950).  Plus, we'll take a good hard look at the whole body with a multi-projector live mash-up of nudie cuties, VD PSAs, beefcake reels, anatomy films and the Planned Parenthood sponsored It's Not So Bad (1975).  With more corporeal surprises in store, it's time you learned your lesson! 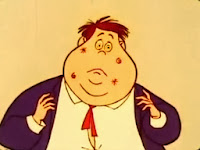 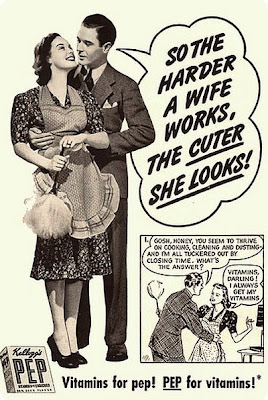 Oddball Films and curator Kat Shuchter present The Reel Housewives of Yesteryear, a program of rare vintage 16mm cartoons, commercials, soundies, promotional films, silent slapstick and other cinematic oddities about the old social mores of a woman's place within the family and society.  Generally made by men and often misogynistic and downright offensive, these cinematic slices of life remind us just how far the modern woman has come. One housewife can't contain herself once she discovers RIT fabric dye in the swingin' Color for Joy (1962).  In Merrie Melodies - Wild Wife (1954), the legendary Robert McKimson animates the "average" mid-century housewife's harried day as well as her unsympathetic husband.  Mabel Normand's got a problem, her husband (played by Charlie Chaplin) is a drunk and a wimp in the Mack Sennett Keystone Comedy Mabel's Married Life (1914).  One teenaged boy's mom has a lot of men over to the house while his dad's away in the philandering soundie The Man That Comes Around (1940) from the Music with Spice series.  Mrs. John Barrymore gives us a lesson in how to keep your hubby happy in the tantalizing How to Undress In Front of Your Husband (1937).  One mother is doing everything wrong by feeding her family poisons in the form of food products, but one creepy British gentleman is stalking around her kitchen to give her proper nutrition information in an excerpt from Mystery in the Kitchen (1958).  And while we're in the kitchen, learn how to not make brainless mistakes like the silly woman you are with Cooking: Kitchen Safety (1949).  Then, it's time to take off the pounds for your man with the ridiculous Battle of the Bulge (1950).  Plus tons of commercials, snippets and other surprises! 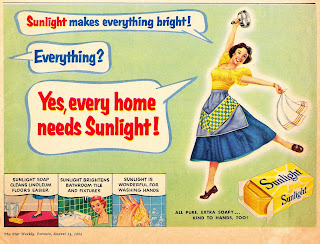 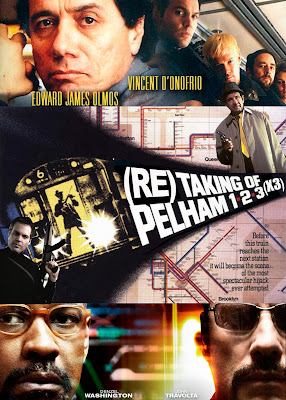 Oddball Films welcomes New York filmmaker Mark Street and Uzi Sabah for a unique, multi-sensory program of recontextualizing the moving image, including a performance of (Re) Taking of Pelham 1,2,3 (x3).  This live performance involves the side by side projection of three narrative films of the same title (made in 1974, 1998 and 2009).  During the show, the sound will be mixed from each of the three films so that details are brought to the fore from each of the narratives along with improvisation from Live Musicians.  At times the three films converse in a purely visual way:  subway shots mirror each other to create a visually arresting tableau.  At others the plot points prod and tease each other, allowing taut moments to be refracted in triplicate. The train hijackers seem like uncanny copies of each other, the three heroes trade moments of sang froid  and exasperation.  In addition, Street will be screening Trailer Trash (2009), a skewed take on film detritus: 35mm movie trailers rescued from the trash and affected by hand and digitally, holding up a funhouse mirror to the industry of expectations and Vera Drake Drowning (2012), the trailer for the Mike Leigh film after a year underground, buried in the filmmaker's garden. The vagaries of nature (snow, rain, ice, sun) yield a scrupulous document of the passing of time, with a soundtrack made up of ambient musique concrete and snippets of music sung by women.  And Uruguayan filmmaker Uzi Sabah will be here as well, live projector-mixing his piece Magia Negra/Corazon, the over-lapping images from 3 16mm projectors made up of educational films that create a haunting image of black magic and ritual.