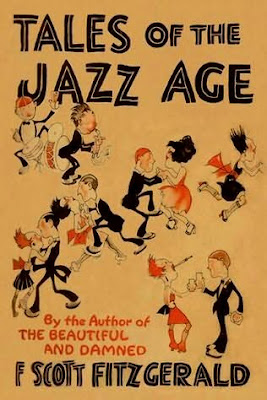 Oddball Films and guest curator Lynn Cursaro present Bobbed Hair and Bathtub Gin: Fitzgerald’s Jazz Age. The Roaring 20s get the Oddball treatment with a sleight of Jazz-Age gems and some timely adaptations of F. Scott Fitzgerald's best work.  Robert Redford, the screen’s best known Gatsby, portrays the mysterious millionaire in an excerpt from 1974’s The Great Gatsby. Shelley Duvall and Bud Cort (Harold and Maude) star in the saucy adaptation of Fitzgerald's Bernice Bobs Her Hair (1976), a timeless tale of female treachery set at the dawn of the Flapper era.  The legendary Bessie Smith is filmed for the first, last and only time (before her tragic death) in the short, hauntingly beautiful musical St. Louis Blues (1929).  A chorus girl has a madcap adventure when everyone wants to get their hands on her frilly undergarments in Reckless Rosie (1929). The manic Merrie Melodies cartoon Smile, Darn Ya, Smile (1931) brings some hotcha to the ‘toon world. We'd be saps if we left out Betty Boop! Everybody's favorite jazz baby is runnin' wild in Minnie the Moocher (1934) with the great Cab Calloway! The curator’s notorious home-baked gingerbread will be among the complimentary home-baked treats for all. Hot socks! If you know your onions you won't miss it!

Bernice Bobs Her Hair (1976, Joan Micklin Silver, color, 45 minutes)
Mean Girls, shove over! When a social butterfly advises her awkward cousin on modern womanhood, she gets more than she  bargained for. In Fitzgerald’s keenly observed study of feminine guile, well bred girls still have Gibson Girl top knots but harbor flapper schemes. Dull Bernice parlays the idea of a possible barbershop bob into a sparkling new persona, but does she dare? Silver’s sharp adaptation, stars a wide-eyed Shelley Duvall in the title role and features an impossibly boyish Bud Cort as the hapless Warren. Veronica Cartwright, Polly Holliday and Dennis Christopher round out the cast.
Reckless Rosie (1929, B+W, 9 racy minutes)
Rosie, chorus girl and part-time underwear model, is anything but reckless! After all, Mr. Bloomer trusts her with his revolutionary new two-in-one lingerie innovation. Sure, while hounded by rival panty purveyors, our steadfast heroine risks arrest to protect the top secret scanties, but that makes her stand up gal in our books. The thoroughly modern Frances Lee stars.
The Great Gatsby (1974, Jack Clayton, Color, 8 minutes)
Jack Clayton's version of Fitzgerald’s tragic tale of ambition and obsession is the most widely seen. Robert Redford and Mia Farrow might have been too golden and glowing as the doomed lovers, but for generations of film-goers they are the bee's knees as Jay and Daisy. In this deluxe excerpt, Nick Carraway (the divine Sam Waterston) is summoned away from one of Gatsby’s fabulous parties by the mysterious millionaire himself, who has a delicate favor to ask of his guest. Gatsby and the now-married Daisy enjoy an idyllic reunion and rekindle their affair. Screenplay by Francis Ford Coppola.

Minnie the Moocher (1931, Dave Fleischer, B+W, 8 minutes)
We’d be saps if we didn’t include Betty Boop! After a fight with her folks, Miss Boop runs away from home, and all its surreal comforts -- and takes Bimbo with her! Taking refuge in a hollow of a tree, they encounter hostly beings! Cab Calloway and his band provide most of the short's score appear in a live-action introduction. The thirty-second live-action segment is the earliest-known film footage of Calloway, whose gyrations were rotoscoped for the spooky, singing walrus.

Smile, Darn Ya, Smile (1931, Rudolph Ising, B+W)
Streetcar routes in Merrie Melodies are off the rails!  Foxy can take the challenge of hefty hippos or wayward cows in his stride when he has the jaunty title tune to keep him bouncing along. Loaded with the surreal touches that give any era a roaring 20’s jolt, it’s a must-see cartoon classic.

St. Louis Blues (1929, Dudley Murphy, B+W, 16 minutes)
The only existing footage of Bessie Smith! W.C. Handy conceived and produced this gritty melodrama based on his 12 bar blues ballad of betrayal. Luckily for posterity, he had the foresight to ask Miss Smith to reprise her “role” as the ill-used love from her 1925 hit.  An ambitious early sound film, Murphy pushed the technology of the day to its limits with surprisingly lush results.  The Hall Johnson Choir do double duty as the singing speakeasy patrons and Jimmy Mordecai takes a turn as the tap dancing ne’er-do-well pimp.

About the Curator
Lynn Cursaro is a local film blogger. Over the past two decades, she has worked in research and administrative positions a variety of Bay Area film organizations. The monthly picture puzzle on the Castro Theatre’s calendar is of her devising.