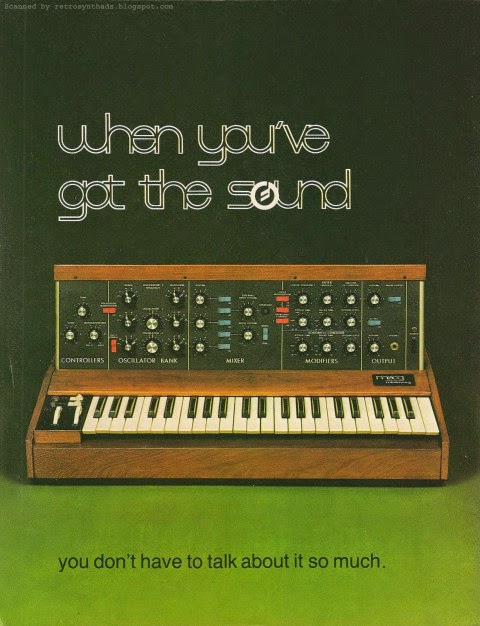 Oddball Films and guest curator Christina Yglesias present Mixers, Moogs, and Modulars: a Night of Electronic Music. This synth-y show features live electronic music performance, educational films about now-vintage technologies, amazing synthy scores, and some weird animation.  Things will start off with a live set by local electronic musicians, Dan Steffy and Nick Wang, that use both old and new technology. Come early for extra listening! Next, we turn to the film Discovering Electronic Music (1983) for an awesome eighties education in all things synth and otherwise. With its quirky mix of animation and vintage gear demos, The Pretty Lady and the Electronic Musicians (1972), will show us how to win any heart using a Theramin. Next, Gallery (1971) will give us an 8 minute super-speed Western Art History class. The montage is beautifully edited to an electronic music score by Wendy Carlos, who composed the score for Kubrick's A Clockwork Orange. Then, in Music Machines (1980s),  two babely hosts guide us through each step in the process of the recording and mixing of a singular piece of music in a 1980's 'state of the art' music studio. Spacey (1981), a mind-bending stop-motion by Takasi Ito will close out the night. Get ready for this crazy time/space exploration with, of course, an electronic score. 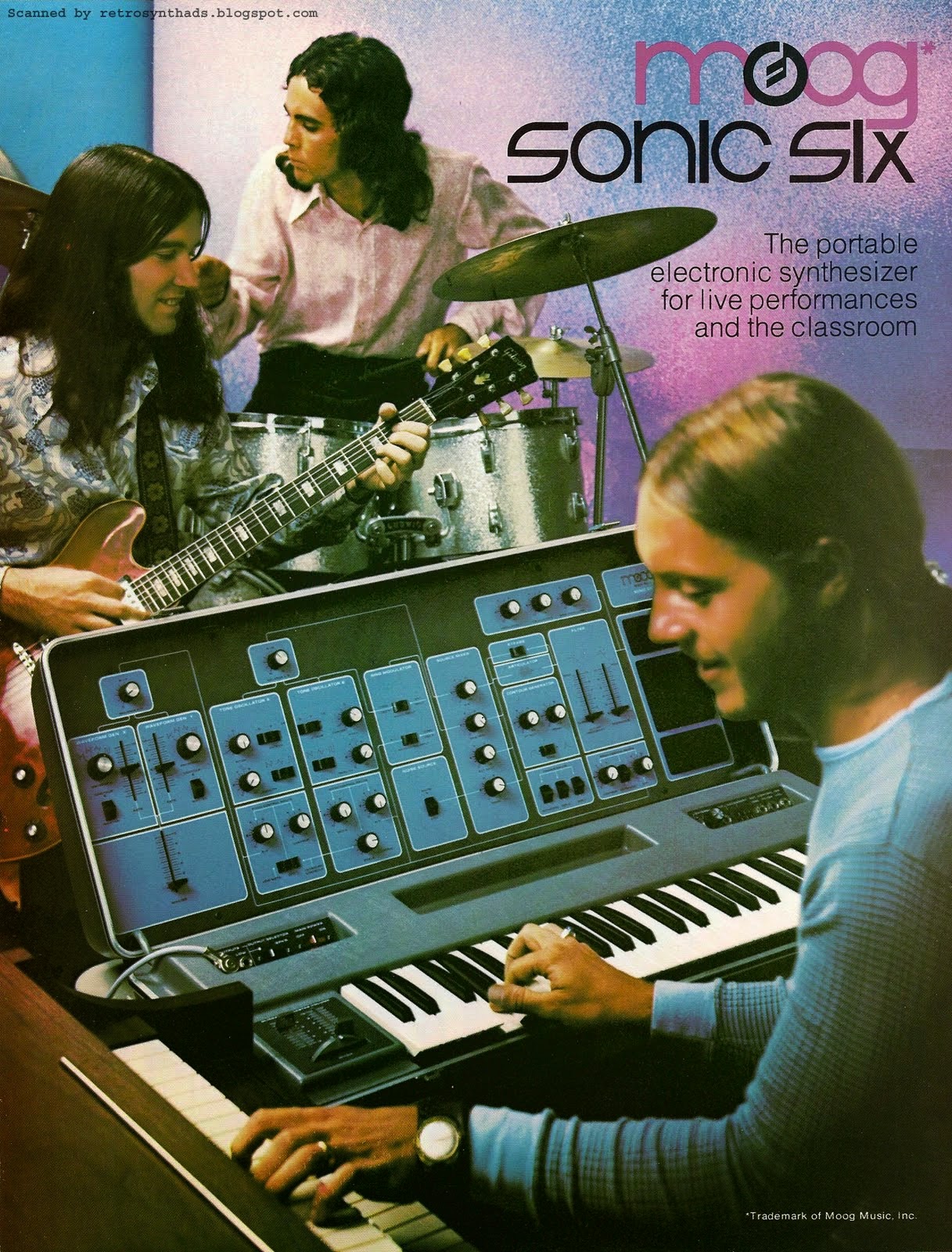 
An introduction to the synthesizers and computers used to create electronic music, including the legendary Fairlight CMI, one of the first sampling synthesizers used for pop music production. Directed by Bernard Wilets, a veteran educational producer and particularly known for his “Discovering Music” series. You'll get a crash course on a vintage modular synthesizer. Envelopes, sine waves, oscillators, filters, galore! 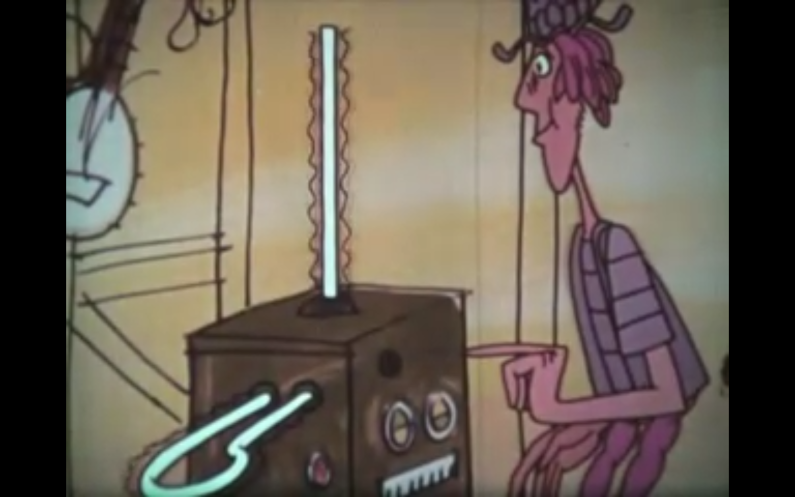 The Pretty Lady and the Electronic Musicians (Color, 1972)


A modern musical fairy tale that has a contrapuntal grain of truth.  In this light-hearted animated film two musicians compete for the same pretty lady by inventing and playing increasingly complex electronic instruments. From time to time the voice of the Grain of Truth interrupts to explain the electronic musical devices and techniques that produce much of the popular music of the 1960s and 70s.  Leo Theremin’s revolutionary instrument is shown and explained, avant garde "musique concrete" is demonstrated with tape recorders and the use of amplifiers to affect sound.  Other sound concepts like reverb, overdrive, feedback, fuzztones  are demonstrated.  This audio-orientation features and excerpt from the Hitchcock’s motion picture Spellbound utilizing the Theremin’s eerie sounds.The vintage demonstrations are a real treat for music gearheads. 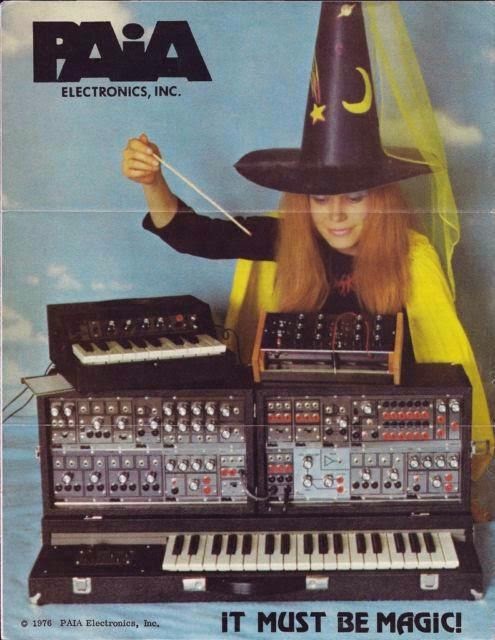 Gallery (1971, color)
Watch the history of Western Art in 8 minutes! Ken Rudolph’s fast-paced stream of consciousness montage of art takes us from the caving paintings of the ancients, through the Renaissance to  the surrealism of Dali and the pop art of Warhol. With electronic music by music by Walter (now Wendy) Carlos, creator of the soundscore for “A Clockwork Orange”.

Music Machines (Color, 1980's)
An educational film takes viewers through a brief history of recording technology and into a state of the art (at the time) recording studio. Two babely narrators walk us through the recording and mixing of a singular piece of music, in each stage of the process.


(This film is quite strobe-y, may not be suitable for individuals with photosensitive epilepsy) 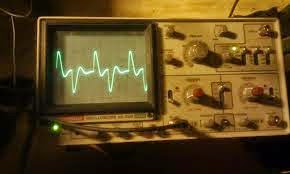 Curator's Biography:
Christina Yglesias is a media artist living in Oakland. She holds a degree in Intermedia Arts from Mills College. She is a former Oddball intern, a professional video editor, and found footage freak.