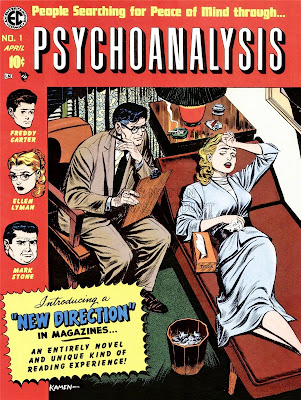 Oddball Films presents Learn Your Lesson on Mental Health and Hygiene - A Therapeutic Shockucation, the 33rd in a monthly series of programs highlighting the most ridiculous, insane and camptastic educational scare films, mental hygiene primers and TV specials of the collection.  This month we're examining the mind with shocking psychiatry shorts, schizophrenic and anti-social teens, and tons of social conditioning shorts to make all of us valuable, well-adjusted and courteous members to society.  Behold the marvels of "modern" psychiatry in the 1950s, including an unabashed look at shock therapy as one method of mental conditioning in What's on your Mind? (1956). One young man finds himself in the beginning stages of schizophrenia, drawn by the voices in his head into the comforting world of snow in Silent Snow, Secret Snow (1966). A white-coated "scientist" explains the basic emotions and uses the tale of angry young Jeff to explain how anger can ruin everybody's day in Control Your Emotions (1950). Discover the changes all young people go through, and how to navigate the new and exciting worlds of Jr. and Sr. High school in The Age of Turmoil (1953) and Junior High: A Time of Change (1960s). Don't spend your childhood years lonely, go talk to your mom and discover The Fun of Making Friends (1950) Plus, emotional excerpts from Help Me!: The Story of a Teenage Suicide (1970s) and for the delusional: Facing Reality (1959), with more pre-show surprises and everything screened on 16mm from the archive, it's an unbalanced night to learn your lesson. 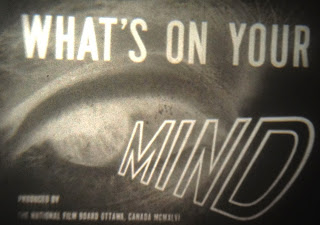 What's on your Mind? (B+W, 1956)A shocking early short from the National Film Board of Canada about psychiatry.  See the mind of a deranged schizophrenic and follow scores of mal-adjusted people discover the plentiful ways in which 1950s psychiatry offered as help in re-normalizing the human mind, including group therapy and a disturbing and unapologetic shock therapy sequence. 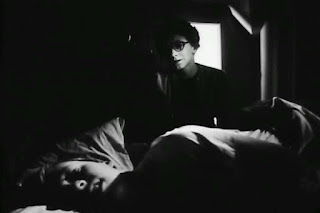 Silent Snow, Secret Snow (B+W, 1966)
A stark and chilling tale of a teen boy's onset of schizophrenia, demonstrated by the voices in his head beckoning him further and further into a comforting silent world of snow.  More of a psychological horror film than an educational one, this bleak adaptation of a Conrad Aiken story has never been screened at Oddball before, and it's about snowy time! Directed by Gene Kearney, screenwriter of the bunny-rabbit horror film The Night of the Lepus. 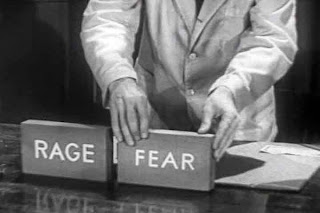 Control Your Emotions (B+W, 1950)
In this classic mental-hygiene primer from Coronet Films, A white coat scientist introduces the range of emotions in relation to a burning fire.  Then, we visit with angry Jeff who gets upset at school and loses his cool (and his sh*t) all over town.

Sandy, a teenager facing a crisis in her life, commits suicide. Through watching her and the reactions of her parents, teachers and friends to her problems and confusions, the viewer is led to see some of the reasons for her suicide and what might have been done to prevent it. 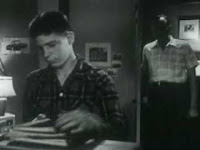 Age of Turmoil (B+W, 1953)
This educational film outlines the developmental changes teenagers undergo for the benefit of concerned parents. The focus lies in an obsession with normality; an assurance “that giggling, that unconstructive criticism of school, the criticism of families, and the unrealistic ideas of their own future,” are not to be feared, but understood with patience. Age of Turmoil offers an antidote to the delinquency films of the period, assuring adults that teens will one day gain some sanity. 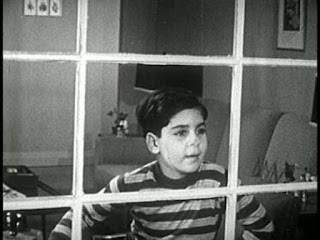 The Fun of Making Friends (B+W, 1950)
Joey wants a friend...desperately! Some how he has made it to age 9 or 10 without ever having made a friend.  When he goes to his mother for advice, she gives him four simple rules for making friends all over town.


Junior High: A Time of Change (Color, early 1960s)
Why do they separate the pubescent kids from everyone else?  Because Jr. High is when children are most annoying!  Learn about your changing body and attitude and discover that it's perfectly normal that you're still a shrimp even though girls your age are already towering over you, because you've got the answer in science class.  Don't worry, puberty is awful for everyone, and that's perfectly normal. 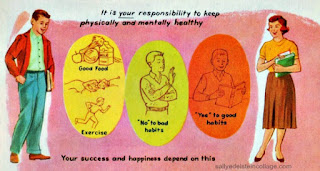