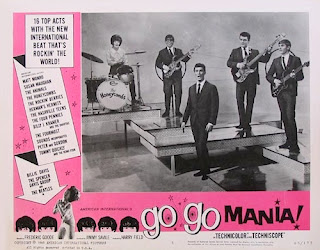 Next Thursday, March 16th, at 8:00 PM, Oddball Films invites you to an intimate evening with author and musicologist Richie Unterberger, inaugurating our new Cinema Soiree Series featuring visiting authors, filmmakers and curators presenting and sharing cinema insights, with a Q+A to follow. Unterberger will be here to present Pop Music Explosion: Film Footage Fantasia, featuring a plethora of footage and rock music film clips curated exclusively from the Oddball Films archives. Oddball Films, the largest archive in Northern California, is a major source of offbeat historical and contemporary footage for feature films, television, documentaries, and media productions worldwide. Unterberger will introduce and provide historical and cultural commentary on the films, honed from his many years as a researcher and writer. The event will take place March 16th at 8:00 PM at Oddball Films, 275 Capp Street in San Francisco. Admission is $10.00 (cash only). RSVP to: programming@oddballfilms.com or 415-558-8117. 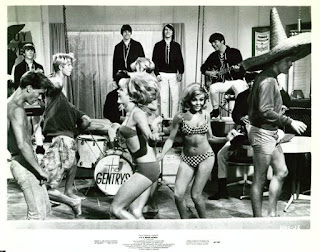 The Sex Pistols Live -News outtakes of the last ever Sex Pistols show held at the Winterland in San Francisco January 14, 1978. Identifiable songs include Seventeen, New York and EMI. The outtakes also feature the raucous audience, and quick shots of purple-haired and leather-jacketed scenesters parading through the lobby.

Go Go Mania (1964) The Beatles, The Animals and one-hit wonders star in his action-packed trailer celebrating the British Invasion

It’s a Bikini World (1967) One of the last beach movies made, this  trailer stars a surfin' lothario who falls in love with a bikini-clad beauty with performances by the Gentrys, the Toys, and the Castaways 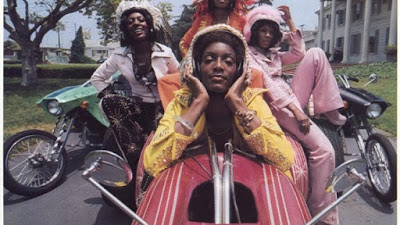 Film clips from John Byner’s short-lived 1970 TV show Something Else
Featuring clips by Creedence Clearwater Revival performing “I Heard it Through the Grapevine”; ‘60s Woodstock chanteuse Melanie singing her hit “Lay Down (Candles in the Rain)”; a psychedelicized Mephistopheles singing a bizarre song entitled “Listen to the Crickets”; and folk icon Phil Ochs singing “No More Songs.” Plus! An interpretative way over-the-top spot featuring women in flowing dresses dancing with horses, all set to Beethoven’s “Ode to Joy.”

Love Pageant Rally (1966)
Shot by an unknown filmmaker, this rare film documents the concert held on October 6, 1966 in Golden Gate Park’s Panhandle the day LSD was made illegal. Organized by Allen Cohen and Michael Bowen, publishers of the underground newspaper The Oracle, the event features Ken Kesey’s Merry Pranksters and their Further Bus, and Janis Joplin with Big Brother and the Holding Company. 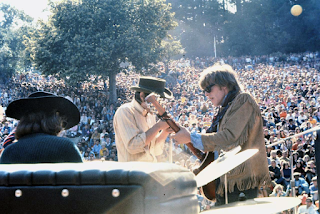 Scopitones (Color, 1964), These eye-popping musical shorts were made to be played on specially designed 16mm film jukeboxes in nightclubs and bars in the mid-sixties. We’ll be screening several gems, including Stacey Adams’ Pussycat A Go Go; femme fatale Joi Lansing in one of the campiest Scopitones ever made, Web of Love; and several more.

Punking Out/Blondie (Color+B+W, 1976-1977)
Shot in 1976-1977 this live concert footage features seminal punk bands The Ramones (Blitzkrieg Bop); Richard Hell and the Voidoids performing Blank Generation from the documentary Punking Out; and Debbie Harry and Blondie performing a riveting version of X Offender, all recorded at the notorious punk club CBGBs in NYC. 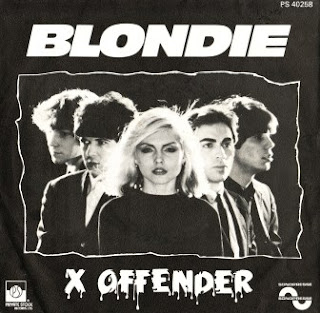 Skaterdater (Dir. Noel Black, Color, 1965)
Directed by Noel Black (who went on to direct the cult feature Pretty Poison), Skater Dater has developed a strong following both for its amazing skateboarding and its surf-inspired Davie Allan and the Arrows soundtrack. Skaterdater has your proverbial summer fun all sewn up; sidewalk surfing action, blue Southern California sky, matching racing stripe jackets, blondes on Schwinn Sting-Rays, white jeans, first love, a boss surf rock soundtrack, and a downhill finale. Winner of the Palme d’Or at Cannes in 1966 and nominated for an Academy Award, this no-dialogue short comes off like a SoCal Quadrophenia, as the young protagonist falls for a cutie and struggles to break away from the crowd. Features riders from the Imperial Skateboarding Club out of Torrance, CA. 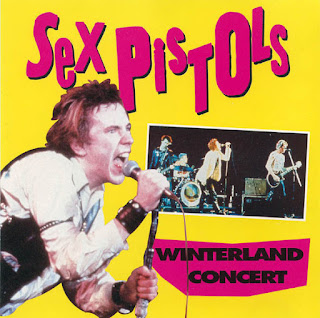