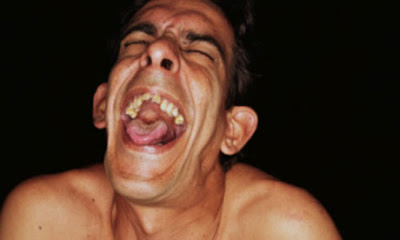 Oddball Films and curator Neil Van Gorder present An Evening with the Insane. This program of freshly unearthed rarities from Oddball Films’ 50,000-reel film archive will make you feel like you’re insane, think that the filmmaker is crazy, or plainly demonstrate some very bizarre behavior. Filled with cockeyed screen gems, some of the evening’s highlights include Free Fall (1964), by the brilliant, but troubled auteur Arthur Lipsett, Holy Ghost People (1967), Peter Adair’s legendary verite doc showcases  a West Virginia Caucasian Pentecostal congregation whose religious fervor includes trances, speaking in tongues, and rattlesnakes, You Don’t Die Here (1972) Jon Else’s open-ended documentary showing Death Valley, Calif., as a cruel and sublime landscape in which strange and eccentric desert-dwelling residents poetically reminiscing about the past, and Make a Wish (1972), a man sings a song about making a wish as psychedelic animations and montage editing make you feel like you stepped into the mind of a happy Lars von Trier. You’re sure to raise an eyebrow at one of the strangest films in the collection, Beat Me, Daddy (1943) features boogie woogie pianist Maurice Rocco performing “Beat Me, Daddy, Eight to the Bar.” Trips to the dentist will never be the same after watching Toothache of a Clown (1972), and learn the colors of the rainbow through the kaleidoscopic transforming blobs of Hailstones and Halibut Bones (1963). Plus much more! Get off your rocker and join us for what will surely be a mind-bending evening. 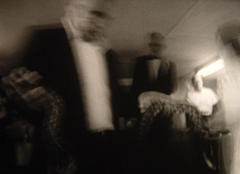 
Holy Ghost People (Reel 2) (1967, 22 mins, B&W)
This film is a documentary of a Caucasian Pentecostal congregation whose fundamentalist philosophy encourages a literal interpretation of the Bible. Reveals the religious fervor, the trances, the phenomenon of glossolalia (speaking in new tongues), and the use of rattlesnakes. Filmed by Peter Adair. This film was rightly hailed by Margaret Mead as one of the best ethnographic films ever made, and a staple of classes on anthropology and documentary film, this study of a little-known sect who put their lives on the line for their religion still packs a wallop four decades after its release. 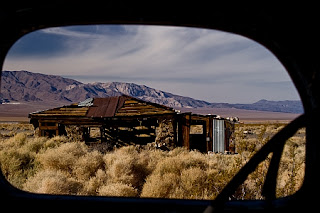 You Don’t Die Here (1972, 19 mins, color)
Jon Else’s open-ended documentary showing Death Valley, Calif., as a cruel and sublime landscape in which  with strange and eccentric desert-dwelling residents poetically reminiscing about the past.


Make a Wish  (1972, 8 mins, color)
A man with an acoustic guitar sings a song about making a wish as a very quick, cool montage of images begins which includes animals in slo-motion, rodeo clowns, glass blowing, astronauts in space, fireworks, and cool psychedelic animations. This film was made as one of a series of short films to broaden children's awareness of the world around them, but feels like you've stepped into the mind of a madman. 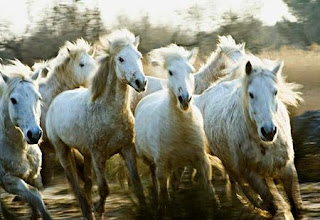 A Dream of Wild Horses aka "Le Songe des Chevaux Sauvages (1962, 10 mins, color) This landmark short film is a cinematic poem which uses slow motion and soft focus camera to evoke the wild horses of the Camargue District of France, showing them as they roam on the beach through fire and water, biting and kicking one another. The raw yet elegant physicality of the horses in motion is breathtaking and euphoric.

Toothache of a Clown (1972, 10 mins, color)
Clowns are creepy the same way mimes are annoying. This film attempts to calm children's fear of the dentist by having a sad ass clown get his cavity filled. Watch our clown whine, accompanied by half-baked actors and cheap sets in this nitrous oxide-inspired nightmare! 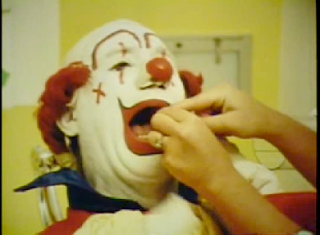 Hailstones and Halibut Bones (1963, 8 mins, color)
Celeste Holme reads the poem “Hailstorms and Halibut Bones” by Mary O’Neill that is about colors and the way colors can be described.  Uses animation with lots of flowers, smiley faces, and crazy transforming blobs to help us learn the colors white, red, green, black.

L.A. Too Much (1968, 10 mins, color)
A couple having sex is interposed over shots of the architectural details of a house. Strange noises fill the sound track.  Ultimately the old house succumbs to a violent death. 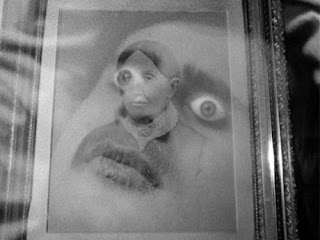 By the brilliant but troubled avant-garde filmmaker Arthur Lipsett (who committed suicide in 1986), Free Fall is, in the words of Lipsett himself, an “attempt to express in filmic terms an intensive flow of life – a vision of a world in the throes of creativity – the transformation of physical phenomena into psychological ones – a visual bubbling of picture and sound operating to create a new continuity of experience – a reality in seeing and hearing which would continually overwhelm the conscious state – penetration of outward appearances – suddenly the continuity is broken – it is as if all clocks ceased to tick – summoned by a big close-up or fragment of a diffuse nature – strange shapes shine forth from the abyss of timelessness.”