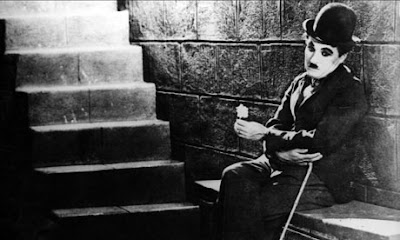 Oddball Films and guest curator Landon Bates bring you Solo Cinema, a program of loners, drifters and on-screen dreamers with cast comprised of a band of outsiders.  This collection of films celebrates the solitary, and salutes the secluded.  The cinema, after all, is our sanctuary: the abode of the awkward, shelter for the shy.  And, who better to state this theme than that perpetual wanderer, that lone wolf, the Tramp?  In The Tramp (1915), Chaplin’s iconic hobo-hero saves a farm girl from a group of thieves, and, welcomed into her father’s house as a gesture of his gratitude, Charlie finds the prospect of a new home glittering (mirage-like?) on the horizon.  The Tramp will be succeeded by two other weary travelers, likewise looking for a place to settle down: that eponymous duo of Roman Polanski’s brilliant early short, Two Men and a Wardrobe (1958); undoubtedly influenced by Chaplin’s slapstick antics.  In this melancholic comedy, our pair of pariah’s, always lugging a beloved wardrobe, just can’t seem to find their niche in the modern city.  The Balloonatic (1923) is classic Buster Keaton.  With gags galore, this film finds Buster bumbling through each frame, finally whisked away by a rogue hot air balloon and dropped into the woods to fend for himself.  And, finally, Buster’s balloon gives way to another: The Red Balloon (1956), wherein a young Parisian boy’s best friend is his big red balloon.  Theirs is a tender friendship only a special sort of child could have, and one that ends up drawing the hostile attention of humorless adults and envious peers.  Before the actual screening begins, we’ll be running Shy Guy (1947), an educational film starring Dick York (of TV’s “Bewitched”), designed to bring the antisocial adolescent out of his basement.  We similarly encourage you to emerge from yours, and enjoy—with us, together--this evening of longing and laughter, melancholy and mirth. 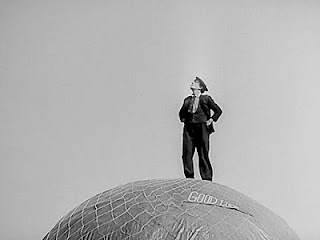 
Chaplin & Keaton
The films of Charles Chaplin and Buster Keaton are black and white, and yet are remarkable for their many figurative colors.  The very phrase “black and white” (as in “the issue is not so black in white”) is a perfect emblem for the films of Chaplin and Keaton, as they are beguiling in their seeming simplicity.  Scenes that foreground exaggerated physical comedy (i.e. “slapstick”) manage to resonate with thematic meaning (whether political, social, or philosophical).  Pictures whose dominant tones are joyful and light are underscored with longing and melancholy, somehow all the more aching for their subtlety.  Chaplin and Keaton are the cinema’s original on-screen loners—their films are both for and about the isolated and alienated. 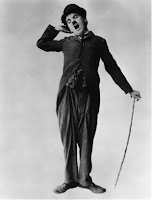 The Tramp (B+W, 1915)
The most celebrated of the Essanay Comedies, The Tramp is regarded as the first classic Chaplin film.  In his sixth film for Essanay in 1915, Charlie saves a farmer’s daughter (Edna Purviance) and falls in love with her, but upon the eventual appearance of her fiance, The Tramp takes off for the open road, leaving only a note behind.  The film’s sad ending was new to comedy and incorporated Chaplin’s first use of the classic fade-out, in which the Tramp shuffles away alone into the distance, with his back to the camera. 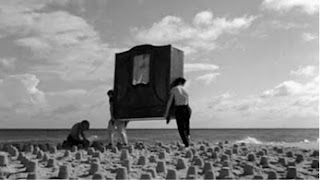 Two Men and a Wardrobe (B+W, 1958)
Roman Polanski’s darkly comic early film has many of the director’s thematic preoccupations already present: alienation, crisis of identity, and a bizarre view of humanity that sees us as some very strange animals.  In this quasi-surrealistic jaunt, two otherwise normal looking men emerge from the sea carrying an enormous wardrobe, which they proceed to carry around a nearby town.  Seeking the right place to settle and plant their furniture piece, all the two find is rejection at every turn.  Though they are two, they comprise a sort of loner unit, shunned by everyone they encounter.  Watch Polanski in a bit part he later reprises in Chinatown).  Two Men and a Wardrobe initiated Polanski’s collaboration with Krzysztof Komeda (who would go on to score such Polanski films as Cul de Sac and Rosemary’s Baby), Poland’s great jazz composer. 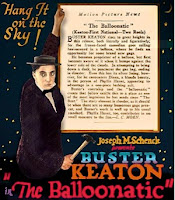 The Balloonatic (B+W, 1923)
In The Balloonatic, Keaton tests out hot air balloons and wilderness survival.  Keaton is accidentally whisked away on a hot air balloon and stranded in the untamed wild, rife with bears and white water rapids.  Fortunately he encounters a woman (Phyllis Haver) who is more adept in the outdoors than he.  The Balloonatic was one of the last short films Keaton made before moving on to features.  Despite its happy ending, a low-level sadness pervades this comedy, likely due to Keaton’s eyes. 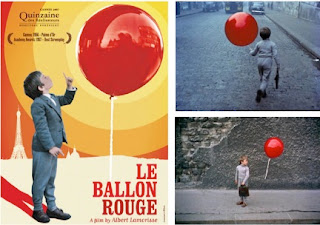 The Red Balloon (Color, 1956)
The fairytale-esque story of an imaginative Parisian boy who develops a magical friendship with a bright red balloon (the magical element is suggested by music reminiscent of the score of The Red Shoes; the color of the balloon likewise suggests this reference).  He totes the balloon around the city, and when in restrictive places (like his Dickensian school) where balloons aren’t allowed, the balloon loyally follows the boy.  As the protagonists in Two Men and a Wardrobe are met by ignorant onlookers with blind hostility, so too, the boy and his balloon are targeted by mean spirited peers.  This film won the Golden Palm at Cannes in 1956, and features breathtaking photography of Paris.

Shy Guy (B&W, 1948)
Poor Phil (Dick York of “Bewitched”) can’t seem to fit in at school.  So he haunts his basement tinkering with electronics like some ancestor of Crispin Glover.  His overdressed dad comes to his rescue and Dick learns a valuable lesson in social conformity.

Curator’s Biography:
Landon Bates is a UC Berkeley graduate of English literature and is the drummer for the two-piece band Disappearing People.