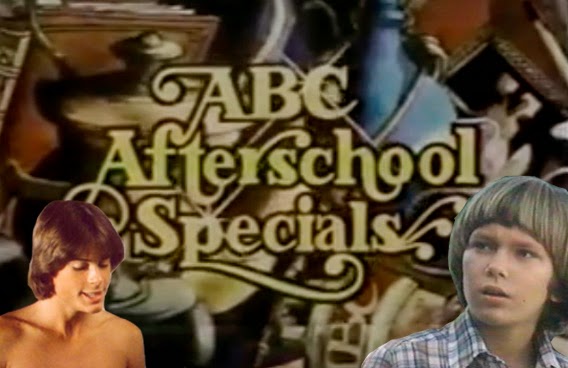 Oddball Films and curator Kat Shuchter present Learn your Lesson...After School: An Afterschool Extra Special Shockucation, the seventeenth in a series of programs highlighting the most ridiculous, insane and camptastic educational films, mental hygiene primers and TV specials of the collection.  This month we've got a triple feature of all-star ABC Afterschool Specials recently unearthed from the archive about STDs, Dyslexia and Teenage parenting with River and Joaquin Phoenix, Rob Lowe, Dana Plato and Zach Galligan. These melodramatic programs graced the afternoon airways from the early-70s through the mid-90s and offered preteens and teens a healthy dose of social conditioning while touching on a variety of touching and hard-hitting subjects, from marijuana use to alcoholic parents, disabled siblings, illiteracy, bullying and so much more!  They launched dozens of young careers and featured seasoned veterans as concerned teachers and distant parents.  Zach Galligan from Gremlins stars in the gonorrhea cautionary tale  A Very Delicate Matter (1982).  River Phoenix is a thirteen year old dyslexic with a very special teacher who won't give up on him in Backwards: The Riddle of Dyslexia (1984). And Rob Lowe takes off his shirt (a lot!) and takes on parenting in Schoolboy Father (1980).  Come early for a surprise bonus special! 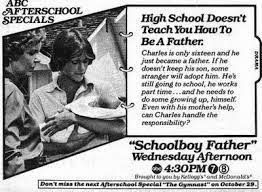 Schoolboy Father (Color, 1980)
Rob Lowe plays the titular schoolboy who learns of his impending fatherhood and while the mother wants to give the baby up for adoption, he struggles with wanting to keep and raise the baby with his own single mother.  Lowe spends the majority of the movie topless, which must have been great eye candy for the loads of pre-teen girls watching after school. Also starring Dana Plato and Nancy McKeon. 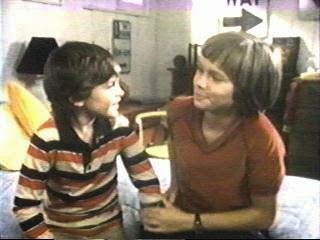 Backwards: The Riddle of Dyslexia (Color, 1984)
River AND Joaquin Phoenix play brothers in this touching tale of learning disabilities.  River plays Brian, a thirteen year old who can't read straight.  All the letters jumble themselves in front of his eyes; literally (they animate it for the viewing audience).  Some teachers think he's stupid, but not Miss Tomas who sees the potential in the young boy who just needs to learn the right way to learn.  Miss Tomas is played by Madge Sinclair who played Eddie Murphy's mother in Coming to America. 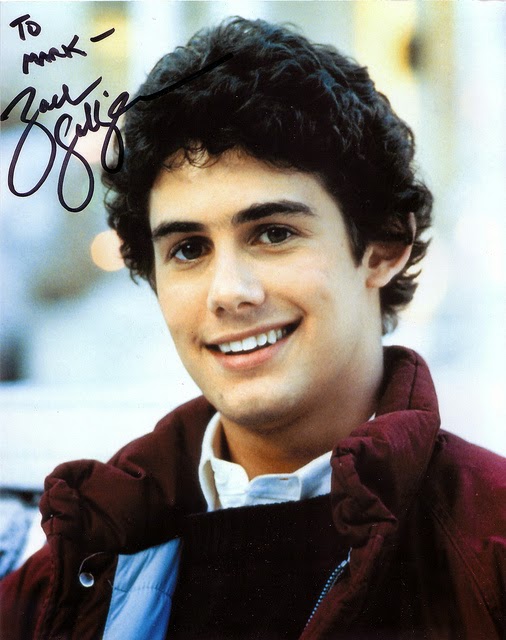 A Very Delicate Matter (Color, 1982)
An extra itchy ABC Afterschool special starring Zach Galligan from Gremlins.  Kristin, a teen girl is shocked when her ex-boyfriend tells her about his nasty case of the clap.  Will she get tested and tell her new boyfriend or will the shame eat her up inside?  What lessons in protection can we all learn from Kristin?

About the Afterschool Special
The ABC Afterschool Special graced the television airwaves from 1972 to 1997.  NBC decided to get in the game in 1975 with their own offering: The NBC Special Treat, followed by the CBS Schoolbreak Special in 1984.  These shows sought to present powerful and persuasive cautionary tales and melodramas for teens and preteens. With subject matter from steroid abuse to anorexia to teenage pregnancy, these shows were often preachy and schmaltzy, but always...always Special!