Jew Ought to be in Pictures: Choice Comedy Rarities from the Chosen People - Thur. Dec. 18 - 8PM 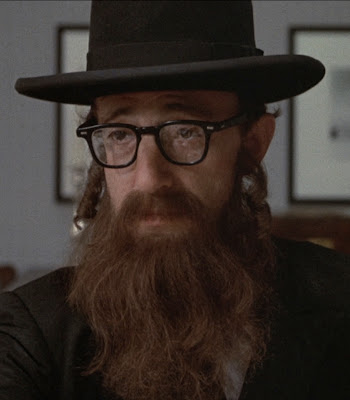 In honor of Hanukkah, Oddball Films and Jewish curator Kat Shuchter bring you Jew Ought to be in Pictures: Choice Comedy Rarities from the Chosen People.  This program of comedy masters features rare films with hilarious Jews like Woody Allen, Mel Brooks, Carl Reiner, Sid Caesar, The Marx Brothers, Jack Benny, Mel Blanc, Friz Freleng, Tom Lehrer, Alan Arkin, Eli Wallach and more.  All four Marx Brothers bring us ridiculous warfare that includes dozens of costume changes, parliament breaking into song and Harpo Revere in This is War?(1933, excerpts from Duck Soup).  From Mel Brooks, we have his Oscar-winning animated short The Critic (1963) and a live performance with Carl Reiner of the 2,000 Year Old Man (1961). Reiner also teams up with Sid Caesar in a rare excerpt from Your Show of Shows (1950s).  Bobby Rydell flusters the king of deadpan, Jack Benny by impersonating him in a segment of the Jack Benny Program (1961). Song satirist Tom Lehrer's Pollution (1969) gets the montage treatment for one hysterical political statement. Two animated Jews (director Isadore "Friz" Freleng and voice talent Mel Blanc) team up for one classic Merr*e Melod*es short Stage Door Cartoon (1944). Woody Allen's early career and process are revealed in the documentary Woody Allen: An American Comedy (1977). Making it's Oddball debut is Oscar-nominated short That's Me (1963) written by and starring Alan Arkin.  Plus! Lane Truesdale sings Who's Yehoodi? to a lecherous painting of a hassid, Rodney Dangerfield peddles Miller Lite, Sammy Davis Jr. sells Alka-Seltzer, Tony Curtis and Jack Klugman play board games, film trailers with Peter Sellers and Jerry Lewis and much much more! So, grab your yarmulke, your tallit and your torah and get ready to laugh your tuchus off! 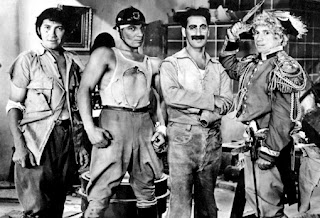 
In these slapsticky excerpts from Duck Soup, all four Marx Brothers sing out a war cry for Freedonia, then proceed to wage a musical war, complete with a dozen or so costume changes from all the wartime periods of history.

The Jack Benny Program (B+W, 1963)
A segment of what may be the Jack Benny television program in which Benny does an opening routine of jokes, then introduces Bobby Rydell, who sings "I'm Sitting on Top of the World."  Rydell then criticizes Benny's style, and Benny walks off in a huff. 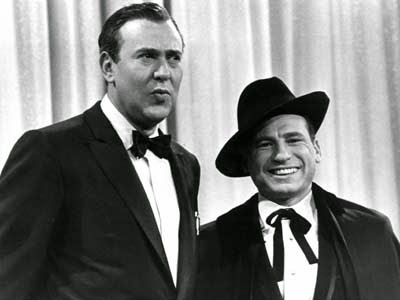 Little wonder 1964 World's Fair organizer Robert Moses called on Mel Brooks's Two Thousand Year Old Man. After all, he worked with the original Moses on the first World's Fair. Carl Reiner gets the scoop on the primitive fun at the 0026 World's Fair in Morty's cave, when people paid good money to drop off cliffs! Oy, that was a good time! 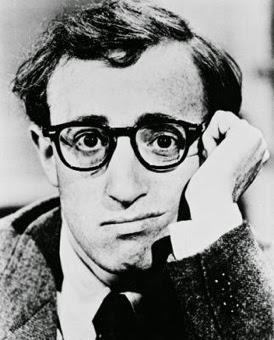 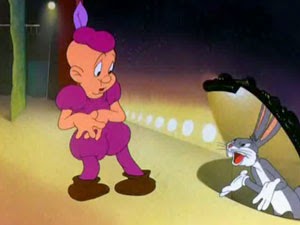 Stage Door Cartoon (Color, 1944 Friz Freleng)
While fleeing from Elmer Fudd, Bugs Bunny runs in a stage door.  Fudd is temporarily distracted by dancing girls, but Bugs continues to run into the barrel of Fudd's gun.  Bugs is forced to keep dancing in order to save his own hide, and eventually drags Fudd into the act!  Starring the voice talents of Mel Blanc (You guessed it, a Jew!). 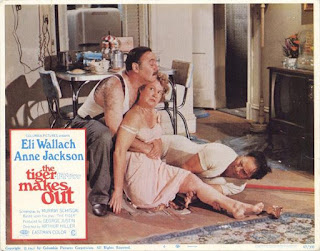 The Dehumanizing City... and Hymie Schultz (Color, 1967)
Cut from the darkly comedic feature film, The Tiger Makes Out, starring Eli Wallach and Anne Jackson. Waking up one morning to the all too familiar frustrations and callous impersonality of big city life a mailman decides to fight back. He will be a one man army against complex bureaucratic machinery, anonymous no longer, taken advantage of no further. 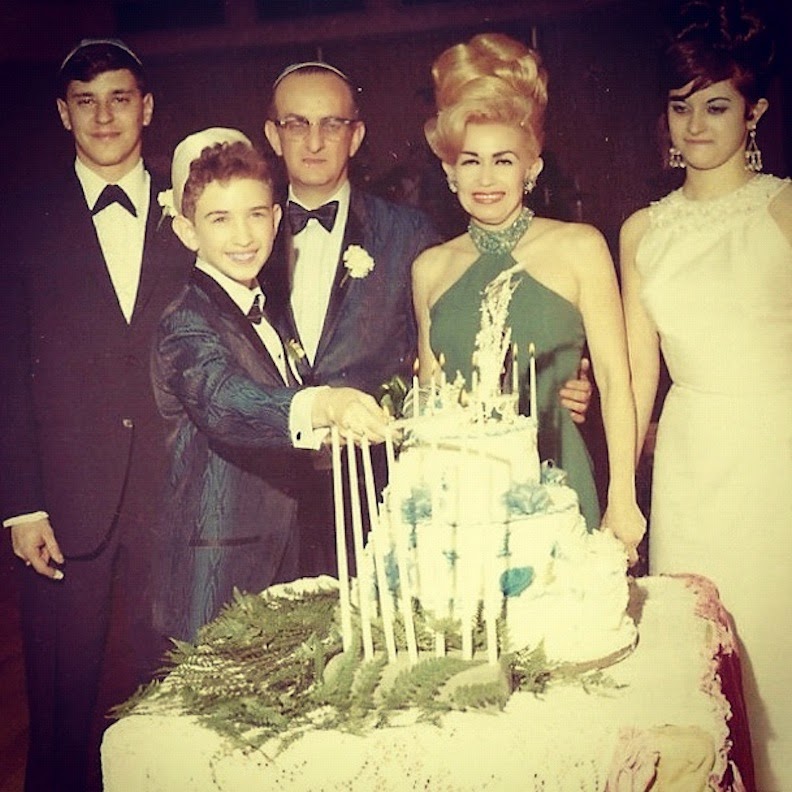