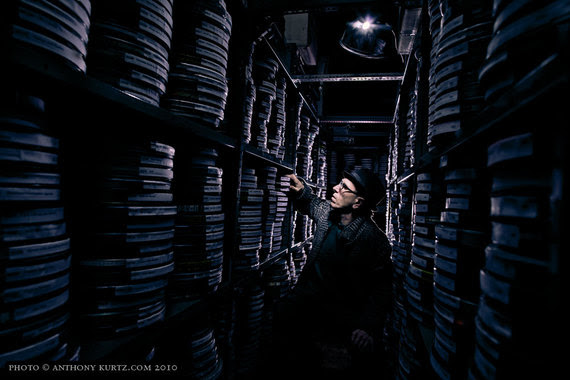 While working on my new film in the Bay Area this summer, I had the good fortune of being introduced to Stephen Parr and his massive 6000 sq. ft. archive aptly namedOddball Films. My colleagues and I caught a real psychedelic Will Vinton animation screening and got a tour of Oddball Films, which was unlike anything, I've ever seen.

MN: Can you tell me a little about Oddball Films, the archive and how it all got started?
SP: I started the archive in 1984. My background was film and video art at the Center for Media Study at SUNY Buffalo in the late 70s. I was also an artist in residence at the Experimental Television Center in Binghamton, NY. I made my way out to San Francisco and started creating visual backgrounds for nightclubs. Ridley Scott was shooting in a club I created ambient imagery for and licensed some clips. I realized if I started my own archive I could have all the source material I wanted to create my own work. I chose film because I thought it would end up being the medium with the most longevity-and it still is-though not many people shoot or project it anymore.
MN: To get a sense of scale, what is the size of the space and approximate amount of films?
SP: We're on the top floor of a 3 story warehouse-6000 sq ft-approximately 50,000 films and 10,000 more in a storage unit sitting on the San Francisco Bay.
MN: What kind of films do you mostly tend to collect?
SP: Eclectic, offbeat films, footage that no one else would find any interest in. Films that fill in the cracks of culture- amateur and home movies, b-roll, news and film outtakes, cast offs, strange science and cultish curios. In actuality anything interesting to me-ethnographic, bizarre medical films, propaganda, historical and experimental works. We also have a comprehensive collection of every film genre from commercials to educational films to military to archival erotica.
MN: As a professional archivist who has supplied countless filmmakers and artists with obscure materials over the years, when did you start to see a need for digitizing all of this obscure film?
SP: About 10 years ago I saw the so-called writing on the wall. With the Internet and the advances of speed and data storage, film for all practical purposes was becoming non distributable. To distribute footage you must have fast access and deliver it instantaneously. 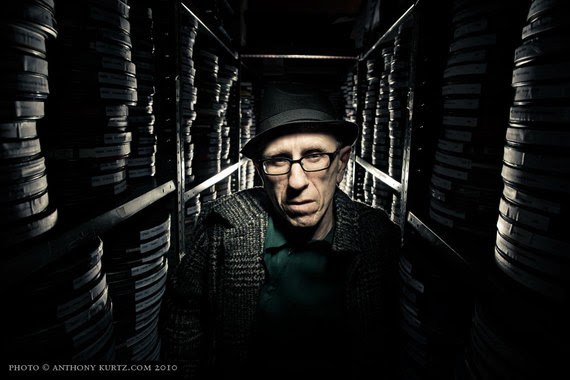 MN: How did you start the digitizing process?
SP: We researched what other archivists and archives were starting to do and decided to digitize footage to hard drives. Hard drives were one of the only real storage mediums back then. LTO (tape drives) were much more expensive and slower than they are now. There was a transition period since most archives and production companies were still using tape. We still have a lot of tape-in all formats-thousands of cassettes.
Now most moving images are born digital. Fortunately we still have the original films which means anything can be scanned in High Definition when needed.
MN: How many of the approximately 50,000 film oddities are digitized?
SP: A small percentage. We digitize selectively. We have approximately 30 terabytes plus over 20,000 Quicktime clips for preview. Digitizing is only one aspect. Everything needs to be stored, backed up and logged. It's a tremendous project.
MN: Assuming we continue to experience Moore's Law and the exponential doubling of circuits/ hard drive space every 18 months or thereabouts, what does that mean for the future of preserving films?
SP: I'd like to think it would make it more cost effective but there will always be a tremendous backlog in digitizing due to labor and newly emerging technologies that replace existing ones. High Definition digitizing for example-first it was 2k scans, now footage is being scanned at 4k, improving quality but effectively eating up drive space and savings.
MN: What interesting treasure has come in to the archive this recently?
SP: We just discovered a rare home movie from The Love Pageant Rally shot in the Golden Gate Panhandle. The rally was a billed as "a celebration of transcendental consciousness" and took place on October 6, 1966, the day LSD was made illegal. While less known than events that followed in the 1960s, this gathering marked a seminal moment in the counterculture revolution of the 1960s.
Visit Oddball Films.
All photos by Anthony Kurtz
Follow Michael Nirenberg on Twitter: www.twitter.com/MLNirenberg
Email ThisBlogThis!Share to TwitterShare to FacebookShare to Pinterest
Newer Post Older Post Home