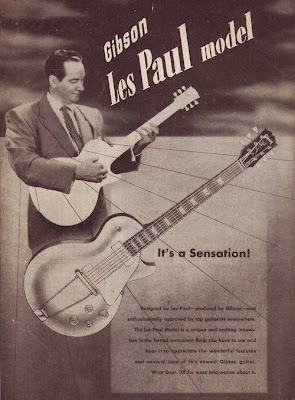 Oddball Films presents Guitar Stories, a trio of documentary portraits of legendary guitarists Les Paul, Blind Gary Davis and Elizabeth Cotten. This musical and historical program will allow you uncover the captivating people behind the strings and the experiences that shaped their sound. Discover the endless accomplishments and the endearing nature of the man, the myth, the machine: Les Paul in the funny and fascinating The Wizard of Waukesha (1979). With engaging and candid interviews and archival footage, Paul takes us from his early days in radio, jazz and big band up through his guitar design and into the "new sound" he invented along with the 8 track recording system. Harold Becker paints a portrait of mid-60s Harlem and the unsung blues-master Blind Gary Davis (1964), a short, lyrical and moving mini doc. And rediscover the influential child prodigy, turned housekeeper, turned folk hero Elizabeth Cotten and her favorite upside-down guitar in Me and Stella (1976), an ultra rare and moving piece featuring intimate conversations with the octogenarian blues and folk singer-songwriter. Plus! Oakland native and electric guitar pioneer Alvino Rey performs The Whistler and His Dog (1941) with his swing orchestra and his pedal steel guitar, snippets of the recently departed legend B.B. King in concert, and more surprises. Come early for the educational film The Guitar (1969) that traces the instrument from its origins up through rock n' roll. All films screened from 16mm prints from the archive. 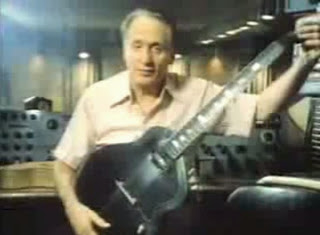 The Wizard of Waukesha: A Film about Les Paul (Color, 1979)
An engaging documentary about the legendary guitarist and inventor Les Paul.  Utilizing decades worth of archival footage, entertaining interviews with the man himself as well as other notable musicians of the day like Mike Bloomfield, this fun and fascinating film covers Paul's early days in radio, Chicago Jazz clubs and big bands and his design of electric guitars, his invention of the eight-track recorder and his influence on the quintessential sounds of the 1960s and beyond.  Paul himself gives great interview; he is down to earth and funny with half a century worth of stories of the music industry, from Jazz to Country to Rock n Roll. Watch his incredible guitar stylings from the 1930s through the 1970s and his collaborations with the likes of Louis Armstrong, Bing Crosby, Fred Waring, Chet Atkins, and his wife Mary Ford. Directed by Catherine Orentreich.  This gorgeous print is making its Oddball debut! 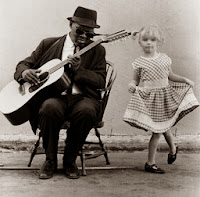 Blind Gary Davis (B+W, 1964)
Directed by Harold Becker (who went on to direct The Onion Field and Taps among other films). An inside look into the music and lifestyle of one of music’s lesser-known masters, this short documentary focuses on the great country blues artist and reverend, Blind Gary Davis. Davis first recorded in 1935 and greatly influenced the folk movement of the 1960s. He is featured singing and talking about his career amidst the poverty of his Harlem neighborhood. Intimate and revealing, the film’s rich black and white tones compliment the dark tones and lyrics of Davis’s music. It is a sensitive and moving portrait that succeeds in making both social and personal statements. 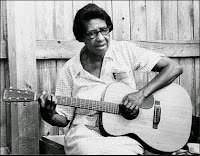 Me and Stella (Color, 1976)
An incredible portrait of octogenarian Blues and Folk guitarist and songwriter Elizabeth Cotten and her beloved guitar Stella.  Cotten taught herself how to play the guitar as a young girl, writing her first (and most well-known) song "Freight Train" at age 12 . Being left-handed with a family of right-handed brothers all sharing the same guitar, Elizabeth learned to play the guitar upside-down (a technique now referred to as "Cotten-picking").  She put down the guitar for 40 years until a chance encounter at a department store led to her employment in Mike Seeger's household, where she picked up the guitar again from scratch and began to record and tour the country on the Folk revival circuit in the 1960s. 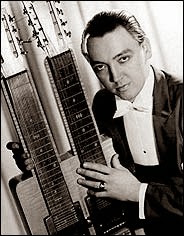 Alvino Rey, His Guitar and His Orchestra (B+W, 1941)
Oakland native and electric guitar pioneer Alvino Rey performs The Whistler and His Dog (1941) with his swing orchestra. This novelty big band show-stopper features Rey's incredible pedal steel guitar (that he invented) and is replete with barks, woofs, whistles and growls from his sidemen! 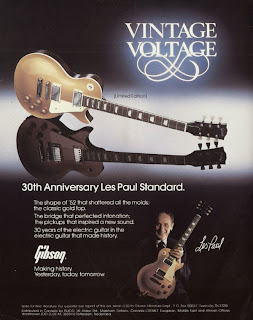