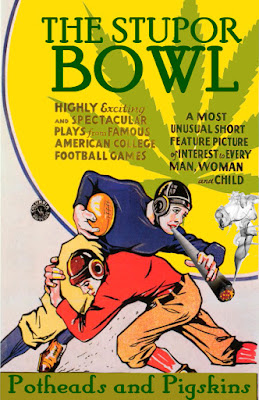 Oddball Films presents The Stupor Bowl: Potheads and Pigskins, a night of 16mm marijuana scare films and bizarro vintage football ephemera just in time to get weird with super bowl weekend. This program of gridiron and ganja includes Afterschool Specials, antique Mi©key Mouse cartoons, wacky newsreels, soundies, and (of course) good old-fashioned anti-pot scare films with appearances by Woody Allen, Scott Baio, Jonathan Winters and more.  Shock-meister Sid Davis (who would have turned 100 this year) brings us young Tom's descent from good kid to "weedhead" in the hilarious educational short Keep Off the Grass (1970). Mi©key Mouse and his rag tag team square off against the formidable Alley Cats in the early Di$ney cartoon Mi©key's Football Manglers (1932).  Scott Baio goes from square nerd to raging pothead, until he nearly kills his own brother in the ABC Afterschool Special Stoned (1980).  Woody Allen and the Hot Dog bunch try to determine just exactly How Do They Make Footballs? (1970). Pre-teens and teens talk about their chronic pot-smoking in the NBC Special Treat Reading, Writing, and Reefer (1978). See what football was like 120 years ago in the Universal Newsreel Football Forty Years Ago (1936). Plus, an excerpt from The Ballad of Mary Jane (1970), the sporty soundie Always on the Bench (1940s), the melodramatic trailer for Marihuana: Assassin of Youth (1936), double-projected marijuana footage and football follies, a Halftime Spectacular featuring Isaac Hayes performing the theme song from Shaft with dozens of groovy dancers, the hilarious documentary The Pigs vs The Freaks (1973) for the early birds and even more surprises! 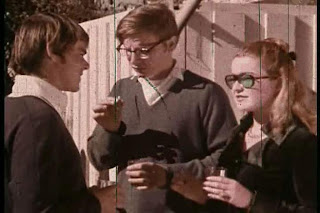 Keep Off The Grass (Color, 1970)
Tom's mother discovers a marijuana joint in his room. When his parents confront him, Tom denies being a "dope fiend." He goes down to where the local "weedheads" hang out (a hilarious headshop), is mugged by a desperate band of marijuana addicts, and finally realizes how right his parents were: "keep off the grass!"  From the master of the educational scare film, Sid Davis.

Mi©key's Football Manglers-AKA Touchdown Mi©key (B+W, 1932)
Mi©key Mouse and his rag tag team The Manglers take the field against the enormous Alley Cats.  Things look bad for the manglers, and the fat cats certainly aren't playing fair.  Can Mi©key's motley crew use their wits to win the game?  It's Mi©key Mouse, what do you think? 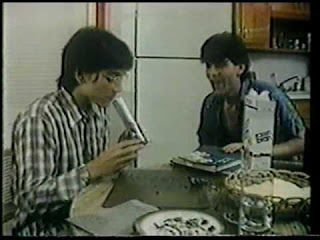 Stoned (Color, 1980)
ABC Afterschool Special starring that lovable rascal Scott Baio.  Baio plays Jack, a shy teen with a book of jokes and no friends to use them on.  That is until he is lured into stonersville by a skateboard-riding dope dealer.  The munchies, jokes and problems at school ensue, climaxing with the near death of his older brother when the stoned Baio clobbers him with a boat paddle. Strangers with Candy fans will delight in a nearly identical scene of an outdoor rap session with a hip teacher. 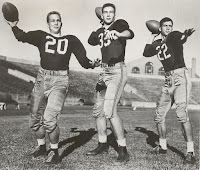 Always on the Bench (B+W, 1940s)
A sporty soundie featuring musical football players that sing in between punts and tackles. Soundies were the original music video, dating from 1940-1947 and were distributed on 16mm film to be played in a "Panoram" film jukeboxes in night clubs and amusement centers. 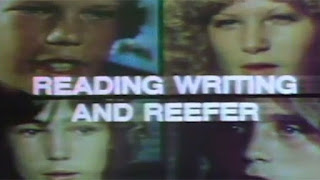 Reading, Writing and Reefer (Color, 1978, excerpt)
A report on the dramatic increase in the use of Marijuana by American teenagers and adolescents and the drastic effect it has on their lives. Aside from the potential health consequences for youthful smokers (and the deleterious effect on their school work), it is pointed out that these 4 million juveniles are on the receiving end of a vast criminal network of marijuana growers, smugglers, and distributors.

How Do They Make Footballs? (Color, 1970)
The Hot Dog gang of Woody Allen, Jo Anne Worley and Jonathan Winters are back to extoll ridiculous information and misinformation in this mini-educational show on manufacturing.  Head to the factory and see how those pigskins are stitched up and shipped out. 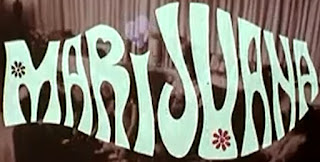