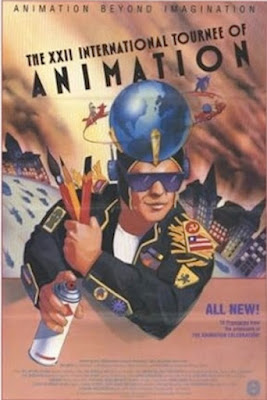 Oddball Films welcomes back Animation Historian, Author and Professor Karl Cohen for our Cinema Soiree Series, a monthly soiree featuring visiting authors, filmmakers and curators presenting and sharing cinema insights. This program will be a mixture of fine films from Canada, the US, the UK, Western Europe and a few things from the other side of the Iron Curtain all handpicked from several decades worth of The Tournee of Animation, a wonderful series of shows of internationally acclaimed animation. The Tournee ran from the late '60s to the '90s with 25 separate programs. For many years it was the only way to see animated shorts that were of outstanding artistic merit in the US. Karl Cohen and Ben Ridgway have been reviewing original 16mm archival prints from past Tournee shows and are selecting some of the most creative and remarkable works for this program. Come be surprised by what they have uncovered from the 1970s and early 1980s. Films include Instant Sex (1980), Geoff Dunbar's Ubu (1978), The Fly (1980), John and Faith Hubley's Tender Game (1959), Yellow Submarine animator Paul Driessens's Elbowing (1979), Killing of an Egg (1979), Why Me? (1978), and more! 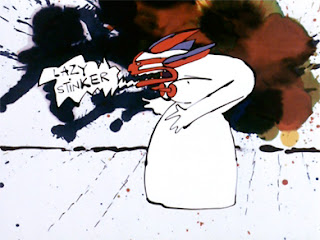 Highlights include (but not limited to): 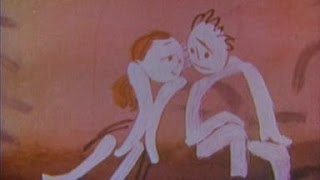 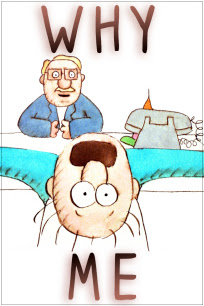 Why Me? by Janet Perlman and Derek Lamb, National Film Board of Canada, Special Jury Prize at Ottawa ’78, awards at 9 other festivals (Varna, SF, etc.), 14th Tournee (1979)

Entry Sentry, Gary Guterrez for Korty Films, SF Courtesy of Stanford University, Project on Nuclear Arms Control, Drew Takahashi, who worked on the film told me, “It was done for a film about nuclear disarmament. It was a commercial for mutually assured destruction.” 12th Tournee (1977) 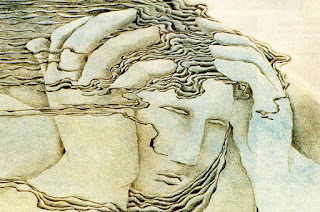 
More about the Tournee of Animation:
Prescott Wright, the director of the Tournee for most of its existence, championed international animation when most Americans assumed animation was only quickly made stuff for kids. Prescott traveled to Annecy, Zagreb, Ottawa and other festivals seeking out films to introduce to US audiences. His advisors were a few ASIFA-Hollywood members (June Foray, Bill Littlejohn, Bill Scott and others) and other people who appreciated animation as a great art form. The shows they produced premiered at the LA County Museum, the Castro Theatre in SF and at other major independent venues. The series were also popular in college towns. 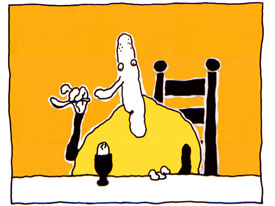 The 1980s saw the decline of theatres showing programs in 16mm. Prescott couldn’t afford to produce the shows in 35mm so he sold the name and the rights to the programs to the Landmark Theatre chain. They produced two outstanding 35mm programs, but it was decided it wasn’t economically wise to continue producing the shows as the number of independent 35mm theatres was also declining.
So come and enjoy what may be your last chance to see what Ben and Karl are rediscovering. The collection we are working with will soon go to the Academy of Motion Pictures Arts and Science archive/museum in LA. 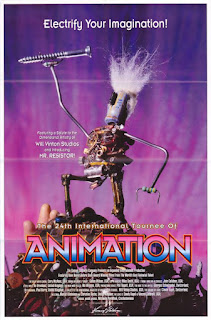 About Karl Cohen:
Karl Cohen has been teaching animation history at SF State for over two decades, is the president of ASIFA-SF, the Bay Area's chapter of an international animation association, and he is the author of the book Forbidden Animation: Censored Cartoons and Blacklisted Animators as well as hundreds of serious articles about animation that have been published in dozens of publication including the Guardian in England, books published in the US, China and other countries and in dozens of film magazines and newsletters.