All the Trimmings: A Cornucopia of Comedy, Cartoons and Music - Fri. Nov. 23 - 8PM 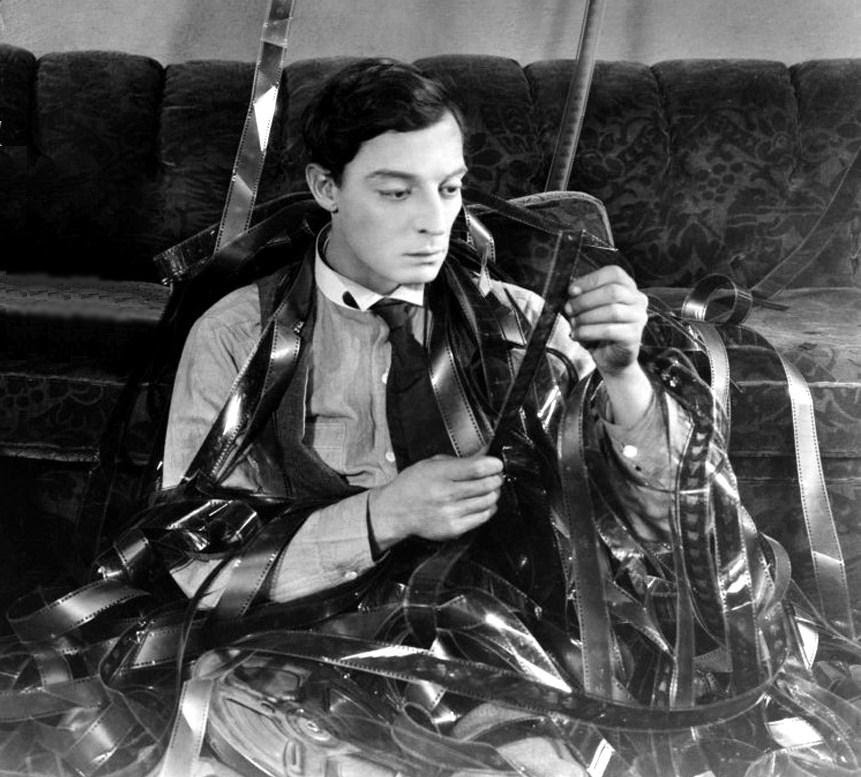 Oddball Films and guest curator Lynn Cursaro present All the Trimmings: A Cornucopia of Comedy, Cartoons and Music.  There’s something for everyone in this evening of revelry and frolic to banish every manner of Winter Blahs . . . before they start! Buster Keaton remains stoic during the wackiest camping trip ever when he unwittingly becomes The Balloonatic (1923). A double shot of Roadrunner and Wile E. Coyote - Whoa Be Gone (1958) and Fastest with the Mostest (1960) - are part of a centenary nod to animation genius Chuck Jones. Laurel and Hardy get into prickly, stinky mess during basic training in With Love and Hisses (1927). What do cocoa beans taste like? Jonathan Winters and pals will tell you that and much more in Chocolate: What is it? from the 1970s Hot Dog series. Mini-doc Cans (1970) might change your mind about using the humble tin as an exciting craft material. “Incendiary Blonde” Betty Hutton tears up a local USO canteen in highlights from The Stork Club (1945). How to Make a Movie Without a Camera (1971) gives us a primer on the special magic of film. The curator’s notorious home-baked gingerbread will be among the complimentary home-baked treats for all.
Date: Friday, November 23, 2012 at 8:00PM.
Venue: Oddball Films, 275 Capp Street, San Francisco
Admission: $10.00, RSVP Only to: 415-558-8117 or programming@oddballfilm.com

Highlights include:
With Love and Hisses (B+W, 1927)
Even before the troupe train leaves the station, Ollie’s had a belly-full of Stan. This is a comedy gem you can almost smell. When the Captain (James Finlayson) sends Hardy out to toughen up some dumbbell recruits, the mishaps mount as is only right in a Hal Roach comedy. The last film before “The Boys” became officially “branded” as Laurel and Hardy, all the features that would characterized their partnership are set in place but still have a fresh edge.

Cans (Color, 1970)
Mini doc meets DIY - completely narration-free! Festive holiday fun is at your fingertips. From the factory all the way to post-pantry crafting, Cans packs a lot into its small package. Once you've emptied them of baked beans and cling peaches, the real fun begins.
The Balloonatic (B+W, 1923, Buster Keaton and Edward F. Cline)
When Buster lends a hand to a ballooning crew who are preparing to launch, he finds himself lifted (and dumped) into a backwoods adventure. Or maybe misadventure is more like it. Keaton turns his struggles with hunting and fishing equipment into comic gold as only he can and when bears get involved you know there will be thrills, too! Phyllis Haver is the slightly more capable outdoors woman who comes to his rescue, sorta. Coming toward the end of Keaton’s two-reeler period, The Balloonatic shows a filmmaker ready to make the jump to features.
Chocolate, What Is It? (Color, 1970s)
A toothsome and colorful mini-doc from the 1970s Hot Dog series! Choc-talk from Comedy icons Jonathan Winters, Woody Allen and JoAnne Worley and some delightful youngsters, too. From freshly harvested beans in their exotic pods to luscious bars in shiny wrappers, chocolate fans a fresh appreciation of their fave treat.
Three from Chuck Jones!

October 21, 2012 marked the 100th anniversary of the birth of animator, director and true genius Chuck Jones and the celebration continues!
Fastest with the Mostest (1960) might be one of the later of Jones’s Road Runner cartoons, but there are always fresh ways to thwart Wile E. Coyote. What does famishius vulgaris ingeniusi have up his sleeves in Whoa Be Gone (1958)? One of the Acme Corporation’s wildest inventions ever: Tornado Seeds. Gold Diggers of ‘49 (1935), directed by Tex Avery, was animated by Bob Clampett and Jones in their early days at Warner Brothers. Early Looney Tunes star “Beans” finds a mother lode to share with the town only to end up in one wild chase when it gets snatched!

Highlights from The Stork Club  (B+W, 1945, Hal Walker)
Bob Hope called her a “vitamin pill on two legs”, so get hip to Betty Hutton, Hollywood’s “Incendiary Blonde” A solid singer, dancer and comedienne, Hutton’s madcap girl-next-door persona suited the uplifting WWII entertainments she jitterbugged through for the duration. In this highlight reel, she tears up a USO canteen with an exuberant rendition of Hoagy Carmichael’s Doctor, Lawyer, Indian Chief, a number one hit for Miss Hutton in June of 1945.

About the Curator
Lynn Cursaro is a local film blogger. Over the past two decades, she has worked in research and administrative positions a variety of Bay Area film organizations. The monthly picture puzzle on the Castro Theatre’s calendar is of her devising.