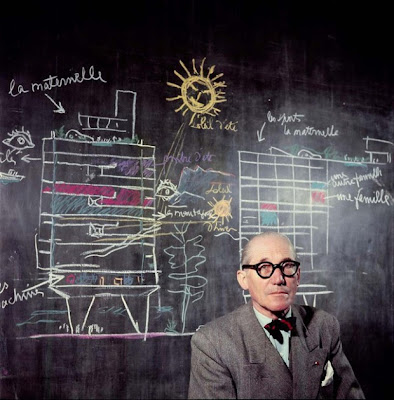 Oddball Films presents Spacial Relations - The Art of Architecture, a program devoted to the artistry of building buildings with many of the masters of modern design.  The show will begin with a trip around the world, featuring four simultaneously projected travelogues demonstrating the architecture of the world including Paris in Claude Lelouch's Rendezvous (1976) and Mexico's Mayan ruins in Sentinels of Silence (1971).  Then we will delve into the men behind the buildings, the visionary minds that design the most interesting of domeciles in the world.  Carlos Vilardebo's haunting and meditative documentary on the grandfather of modern design, Le Corbusier (1977) tours his studio and several of his incredible buildings in France, Switzerland and India and focuses on his contribution to changing people's views about building design.  America's favorite husband and wife design team, Ray and Charles Eames give us a uniquely Eamesian tour of the house they designed and built for themselves in House: After Five Years of Living (1955).  Frank Lloyd Wright's Falling Water (1970) goes into the intricacies of the house that revolutionized a home's relationship to nature.  And meet the man that went about constructing (and living in) a scale replica of a European castle in the endearing portrait Castle Man (1979).  With a special appearance of the creator of the geodesic dome in an excerpt from Primer of Universe: Buckminster Fuller (1970) and a survey of the architecture of the American skyscraper in A Modern Identity (1971). 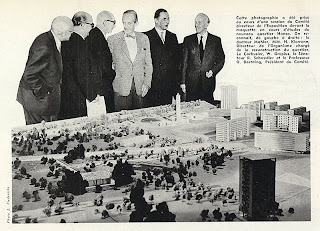 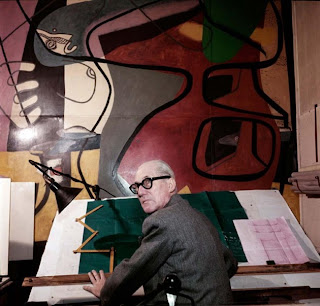 Le Corbusier (Color, 1977)
Charles Edouard Jeanneret, known as Le Corbusier, was an architect, author, abstract artist, prophet and teacher. His architectural creations still stand as a monument to the remarkable vision that changed the face of 20th century architecture. This feature explores his revolutionary ideas on architecture and urban renewal, and conducts an in depth tour of his most important buildings.  With a haunting soundtrack and meditative slow pans around several of his spaces, including the famous Notre Dame du Haut in Paris and several of his revolutionary buildings in Chandigarh, India, the film will give you a firsthand sense of the progressiveness of the original modern master. 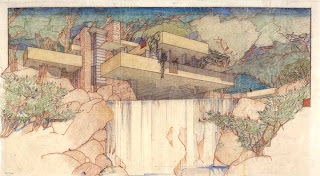 Frank Lloyd Wright's Falling Water (Color, 1970)
Falling Water was possibly Frank Lloyd Wright's most studied domicile.  Built directly above a rock waterfall, the house integrates the incredible nature surrounding it into its design.  In this beautiful documentary, we explore the home, in depth, including its rock outcroppings, beautiful mid-century furniture and even the red cooking cauldron Wright incorporated into the structure and explore Wright's effect on modern architecture.

House: After Five Years of Living (Color, 1955)Photographs of the exterior and interior of the house and studio, designed and built by Charles Eames, Case Study House #8, on a hill in California overlooking the ocean, reflect the interests of Charles and Ray Eames and shows the influence of Japanese simplicity in the architecture and furnishings. Some of their artwork and personal objects are also shown. A lyrical interpretation of the home of the artist-designers. Shows shadows on a corner wall, part of a table laid for breakfast, a bowl of apples, a painting, flowers in brilliant colors.  Charles and Ray Eames designed the house for themselves in 1949; made entirely from standard, industrial parts, the Eames House is beautiful, functional and a true home. They lived there for the rest of their lives (Charles died in 1978, Ray in 1988) 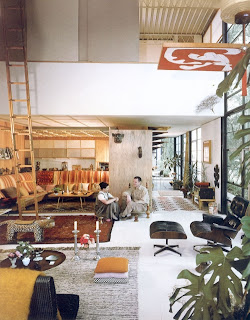 About Ray and Charles EamesCharles (1907-1978) and Ray (1912-1988) Eames had a profound influence on design in the latter half of the 20th century, both in the United States and throughout the world. Taking as their motto 'the most of the best to the greatest number of people for the least’, they are perhaps best known for the form-fitting chairs that were produced in the 1940s and 1950s using the mass production techniques they invented but they also designed and created buildings, toys, films, multimedia presentations, exhibits and books, including more than 50 projects for their major client, IBM, such as the IBM Pavilion at the 1964 New York World's Fair. 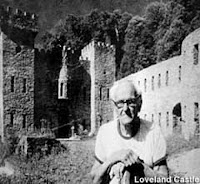 Castle Man (Color, 1979)
A portrait of modern knighthood!  The construction of a 1/5 scale replica of a Medieval Castle in Loveland, Ohio was only part of Harry Andrews’s vision. While mixing up mortar and making his own bricks, he set out to espouse the spirit and values of knighthood. Andrews built the entire castle himself, using 2,600 sacks of cement, 32,000 quart milk cartons for forming concrete bricks, 54,000 five-gallon buckets of dirt, and 56,000 pails of stones, most materials locally sourced and hauled to the site on foot.