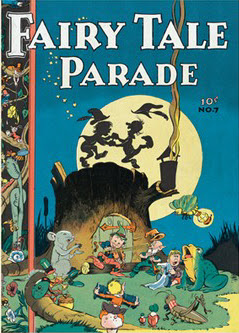 Oddball Films and guest curator Landon Bates bring you Fairy Tale Frenzy, a lovely jumble of fairy tales as interpreted for the screen.  This program, a kaleidoscope of colors and textures, comprised of classic tales, and some fresh lesser-known ones, is sure to bring out your inner kid.  We’ll begin with the wonderfully weird Czech animation Cecily (1970’s), the story of a girl whose ears, pulled continually by her grandmother as punishment for bad behavior, stretch to the size of sails, doubling as wings that will carry her far away from her previously drab and ordinary life.  King Midas and the Golden Touch (1946) is a puppet-filled parable that warns against the dangers of greed, as the king abuses his newfound ability to turn anything he touches to gold.  A Chairy Tale (1957), a crazy sort of comic ballet, with a sitar score by Ravi Shankar, involves a boy who may not sit in a chair until the chair first sits on him.  The Owl and the Lemming (1971), a stop-motion animation with traditional Eskimo chanting music, tells of an owl who falls prey to flattery, letting his dinner elude him.  The Thieving Magpie (1967), an Italian animation by Emmanuel Luzzati, set to Rossini’s famous overture, shows what happens when birds revolt against their hunters.  And, lastly, we’ll conclude the evening with three exquisitely elegant silhouette films by Lotte Reiniger: The Magic Horse, The Frog Prince, and Puss n’ Boots (1953-54).  This evening of fairy tale fun is not to be missed. 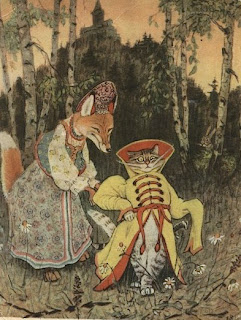 
“One day you will be old enough to start reading fairy tales again.” 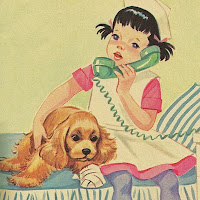 Cecily (Color, 1970’s)
In this surprising Czech animation, the eponymous Cecily is a little girl with big dreams of becoming a singer.  Her grumpy grandmother, however, is less than encouraging, tugging on Cecily’s ears whenever displeased with her behavior.  Such incessant ear-pulling eventually stretches the little girl’s ears to the size of sails, and little Cecily takes to the sky, Dumbo-like, to realize her dreams elsewhere.  She lands in the jungle, adopted by an assortment of animals, and starts a band. 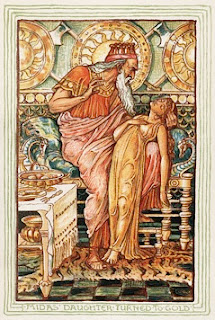 King Midas and the Golden Touch (Color, 1946)
In this tale of obsession, when granted a single wish, the avaricious King Midas chooses the power to turn whatever he touches to gold.  The king’s initial delight is unbounded as he tries out his new ability at the breakfast table, touching first the tablecloth and then a short-stack of pancakes, with dazzling results.  But, as ordinary objects are transfigured into golden ones, so Midas’s ecstasy dissolves into horror, when he touches the hand of his own daughter, rendering her statuesque.  This tale is brought to life with wonderful puppetry animation. 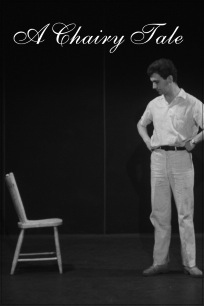 A Chairy Tale (B&W, 1957)
A young man seeks a place to sit while reading, a simple enough problem with an equally simple solution: there is an empty chair conveniently nearby.  Yet, when the man attempts to sit, he finds himself floor-bound; the chair has eluded him.  He tries again, and again the chair moves.  The most basic of actions turns into an all-out battle of wills, chair and boy tumbling in a frenzied blur across the floor.   Directed by experimental filmmaker Norman McClaren, with a sitar score by the imminent Ravi Shankar punctuating the comically exaggerated physical movements, this Buster Keaton-like ballet won British Film Academy and Venice International Film Festival awards when it came out in 1957.

The Owl and the Lemming: an Eskimo Legend (Color, 1971)
A hungry owl, Ookpik, spies a plump, sleeping lemming, a potential feast for his family.  He captures the lemming, who readily surrenders but then encourages Ookpik to indulge in a sort of victory dance, praising the owl as the finest dancer in all the land.  The owl proceeds to get drunk on his vanity, losing himself in his dance and providing his prey with the perfect opportunity for escape.  This stop motion animation, touching on the dangers of flattery, employs a beautiful sunset backdrop, whose smooth curves undulate slightly, which, combined with a serene score of Eskimo chanting, creates a subtly hypnotic atmosphere. 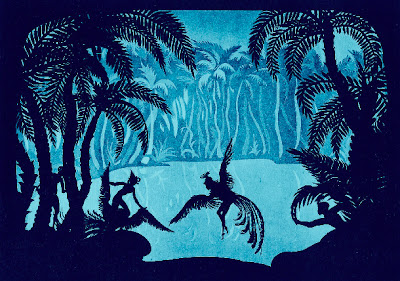 These three animated adaptations of several of the most classic fairytales are this program’s main course.  Unmatched in their imaginative innovation, Lotte Reiniger’s use of silhouetted cutouts seems the perfect medium for bringing to life these whimsical tales.  Ornate and elegant, these three shorts alone are easily worth admission.

Curator’s Biography:
Landon Bates is a UC Berkeley graduate of English Literature, has worked on several documentary film projects, is the drummer for the post-punk duo Disappearing People, and is a cinephile whose devotion to movies knows no bounds.