Man and the Machine - The Future of Technology from the Past - Fri. May 31 - 8PM 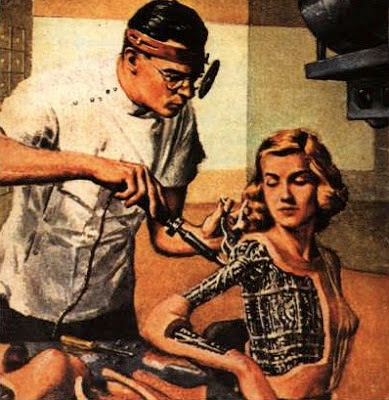 Oddball Films presents Man and the Machine - The Future of Technology from the Past, a program of vintage films about computers, robots and other omnipresent technological marvels.  In Microworld (1976) an overly dramatic William Shatner explores the oddly psychedelic world of microprocessors.  Ray Bradbury's The Veldt (1970s) features a nuclear family in a computerized home that leads to deadly results.  Isaac Asimov and Walter Cronkite investigate The Weird World of Robots (1968). Go behind the scenes of turning Yul Brenner into a killer cyborg in The Westworld Production Short (1973). Presaging the current internet matchmaking trend, Comput-Her Baby is a wacky art film spoofing the notion of computer-assisted love in 1967. IBM commissioned Ray and Charles Eames to create the short cartoon The Information Machine (1958) chronicling man's relation to data processing.  With more surprises, trailers and commercials in store! 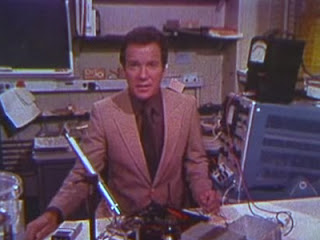 
Host William Shatner explores the oddly psychedelic world of silica and microprocessors. This AT&T-produced film is chock full of outdated notions of the future and obsolete technology.

The Veldt (Color, 1970s)
A creepy and chillingly adapted short story by Ray Bradbury. Parents George and Lydia live with their two children Peter and Wendy in "The Happylife Home," a fully automatic residence with machines that do everything for them.  The two children are especially taken with the nursery, a room with virtual reality that will recreate anything their brains desire.  The parents begin to worry as the pair spend more and more time in the nursery, which seems to be permanently fixed on African grasslands featuring a pair of lions gruesomely gnawing on bones in the distance.  When George and Lydia decide to move out to the country to get away from their computerized domicile, the children and lions have other ideas.

In Michael Crichton’s film Westworld, the road trip extends beyond the highway and into space. In the future, only the super-wealthy are able to afford trips to amusement park “worlds,” where they are free of all rules and laws. Yul Brenner stars as a Gunslinger android in the Old West themed park, which goes haywire and begins to attack the guests. This short focuses on the production of Westworld, providing a bizarre behind-the-scenes look at the many amusement parks featured in the film, and mostly importantly, Brenner’s detachable face.


Comput-Her Baby (Color, 1968) A wacky short musical/art film that spoofs the prospect of love and dating in the computer age. Sweet and strangely prescient. 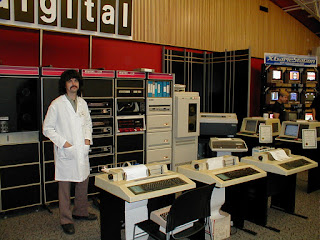