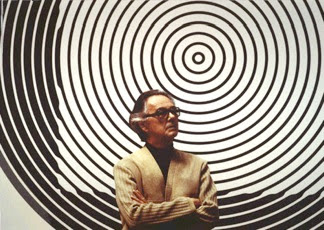 
This extraordinary early film from director René Clair was originally made to fill an interval between two acts of Francis Picabia’s new ballet, Relâche, at the Théâtre des Champs- Elysées in Paris in 1924. Entr’acte is a surrealistic concoction of unrelated images, reflecting Clair’s interest in Dada, a radical art form relying on experimentation and surreal expressionism.  Clair’s imagery is both captivating and disturbing, giving life to inanimate objects (most notably the rifle range dummies), whilst attacking conventions, even the sobriety of a funeral march. The surrealist photographer Man Ray also puts in an appearance, in a film which curiously resembles his own experimental films of this era.

The Art of the Sixties (Color, 1967) This rarely seen documentary aired on CBS at the height of the revolutionary and hopeful changes sweeping the art world (not to mention the rest of society). The film takes an inside look at some of the leading figures in art during the decade, including rare glimpses into their studios and workshops. Highlights include soft-sculpture pop iconographer Claes Oldenburg who states “My work is not meant to be funny or even art, my work is just made to be important”, Jackson “The Dripper” Pollock, conceptualist Sol Lewitt, Les Levine, and other artists who have since become emblematic of the wild experimentation of and use of industrial processes (Rauschenberg’s silkscreens, Barnett Newman’s steel fabricated sculptures) of the 60s. We also follow filmmaker, sculptor and engineer Len Lye among his kinetic large-scale sound sculptures. 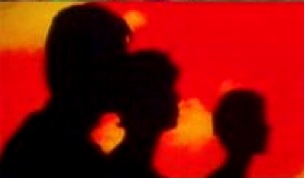 An optical poem by West Coast experimental filmmaker Donald Fox this is a dazzling, highly original non narrative, exhilaratingly beautiful film. OMEGA deals with the end of mankind on earth, prophesying man's liberation from his earthly bounds to roam the universe at will. By sending an energy ray to the sun and harnessing its solar power, man is able to make an evolutionary leap. The film can be used to explore the outer limits of the concepts of death, evolution the afterlife, and the future of mankind. Phew! A source film that over 40 years later still inspires.

Who is Victor Vasarely? (Color, 1968) This rare documentary features French/Hungarian  the legendary inventor of Op-Art (Optical Art) Victor Vasarely (1906-1997)  filmed at his home, studio space and art exhibitions. The film is set in Provence, France and describes Vasarely's work, processes and theories on art through interviews with the artist and his writings. The film showcases his artwork and makes extensive use of his phenomenal use of geometric shapes.
Check out his mind-blowing website here: http://www.vasarely.com/site/site.htm
For an interview with him:
http://www.youtube.com/watch?v=Rs8ihV9LWfg

Early abstract computer-generated film by pioneer John Whitney- shimmering lines and waves of oscillating color dance to the music of Eastern rhythms and evolve from randomness to patterns inspired by 8th century Persian designs. Inspired by his 1974 visit to the city of Isfahan in Iran, Whitney found a relation between the formal and visual tradition of Islamic art and architecture and his own computer graphic study. Whitney famously collaborated with Saul Bass on the title sequence to Hitchcock’s Vertigo.

Perspectrum (Color, 1974)
Directed by famed Indian animator Ishu Patel and produced by Dorothy Courtois and Wolf Koenig. This animated short consists of simple geometric forms, as thin and flat as playing cards, but so arranged that a sense of perspective is conveyed. The effect is kaleidoscopic, but much more active, forming and re-forming constantly to the music. The koto, a thirteen-stringed Japanese instrument, is played by plucking the strings; the sound has a tinkling effect, synched to the glasslike shapes of the moving designs. Produced for the National Film Board of Canada. 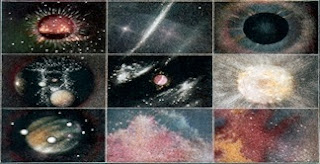 Infinity (Color, 1980) In the late experimental filmmaker Jordan Belson’s non narrative film abstract forms of light and color serve as transitions between a variety of man-made and natural environments. Sublime and otherworldly.

About Bay Area filmmaker Jordan Belson
Belson studied painting at the University of California, Berkeley. He saw the "Art in Cinema" screenings at the San Francisco Museum of Art beginning in 1946. The films screened at this series inspired Harry Smith, Belson and others to produce abstract films. Belson's first abstract film was Transmutation (1947). Some of his early films were made with his scroll paintings. Belson's work was screened later as part of the "Art in Cinema" series. In 1957 he began a collaboration with sound artist Henry Jacobs at the Morrison Planetarium in San Francisco, California that lasted until 1959. Together they produced a series of electronic music concerts accompanied by visual projections at the Planetarium, the Vortex Concerts. Belson as visual director programmed kinetic live visuals, and Jacobs programmed electronic music and audio experiments. This is a direct ancestor of the 60s light shows and the "Laserium"-style shows that were popular at planetaria later in the century. The Vortex shows involved projected imagery, specially prepared film excerpts and other optical projections. Not just an opportunity to develop new visual technologies and techniques, the sound system in the planetarium enabled Belson and Jacobs to create an immersive environment where imagery could move throughout the entire screen space, and sound could move around the perimeter of the room. Belson died of heart failure at his home in San Francisco on September 6, 2011