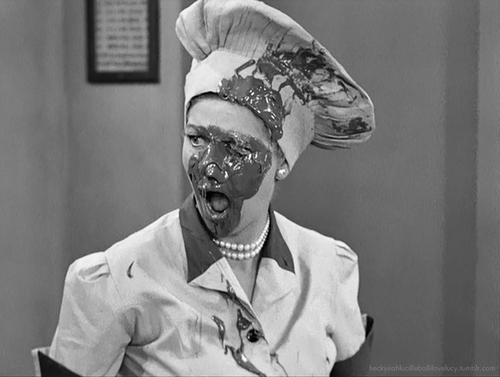 Oddball Films and guest curator Lynn Cursaro present: Sugar Shock: Candy, Cavities and Saturday Morning Shenanigans, a batch of gooey ephemera sure to please sweet tooths and film fans alike. The exquisitely piped icing on a royal wedding cake is one mind-blowing work of Artistry in Sugar (1971), and the confectioner can even make edible dishes. Kids get into the act in At Your Fingertips: Sugar and Spice (1970), a guide to molding sparkling crystals into objets d'arts to treasure! Recently departed practical-special effects legend Ray Harryhausen whips up a yummy puppet version of Hansel and Gretel (1951). Learn all about chocolate along with Woody Allen, Jonathan Winters and pals in Chocolate: What is it? (1971). Lucy and Ethel are up to their eyeballs in hand-dipped vanilla creams in a well-loved episode of I Love Lucy (1952). We included the stunning and psychedelic dental hygiene claymation rock-opera The Munchers (1973). Celebrate sugar’s sacred place in the rituals of Saturday morning with the Banana Splits and Friends (1970s) excerpts and vintage ads for sugary treats! And MORE! As usual, home-baked pie and other complimentary treats from the curator’s kitchen for all! (All films are 16mm unless noted.)


Highlights include:
Artistry In Sugar (1971, Color, digital)
Sugar artist, Eric Sagar really takes the cake . . . and transforms it into a basket of buttercream flowers. Sagar studied under the master confectioners Britain and even worked on a royal wedding cake or two, so he’s the man to see when you simply must have a cartoon of Richard Nixon on a cake. The film’s intro states, “Every object featured in this picture is the product of sugar craftsmanship.” Yes, Willie Wonka fans, you CAN even eat his dishes: Among the spectacles step-by-step crafting of an edible Wedgewood plate. One of the most beautiful films in the Oddball collection.
“Job Switch” excerpt, I Love Lucy (1952, William Asher, B+W)
Lucy and Ethel fib their way into sweet new jobs at Kramer’s Kandy Kitchen, only to find too much of a good thing can be pretty awful. One of the most beloved  episodes in TV history, it’s as fresh today as when Truman was president!  You know it, you love it and now it’s time to see it with a crowd of fellow Lucy fans at Oddball Archive! Let’s drown out those 60 year old “studio” laughs.

At Your Fingertips: Sugar and Spice (1970, Peter & Mary Winkler, Color)
Beautiful, pure, crystalline sugar, so very sweet, so very seductive. This colorful crafting film encourages kids of all ages to fashion it into festive Easter eggs, Christmas ornaments and even “paintings”. But don’t worry about waste. This film features out of control Bacchanalian scenes of the moppets actually eating their noxious creations.
The Munchers: a Fable (1973, Color)
A must-see claymation from Art Pierson! This trippin’ dental hygiene epic takes its style from the anti-drug films we all know and love - the smokin' score and a depraved orgy complete with tiny clay chocolate bars - possibly making Twizzlers binges look downright badass. The cape-wearing pusher man is flamboyant and gleefully evil Jack Sweet - think Judas in Jesus Christ Superstar. Is the case for wholesome snacks helped or hindered by depicting fruits and vegetables in a dorky line dance?

Danger Island and other excerpts from The Banana Splits and Friends
(1970s, Color, Hanna/Barbera)
The Banana Splits appear in host segments introducing the live action serial Danger Island and a trippy cartoon about the life-cycle of frogs told  from the point of view of a some shrunken scientists. Cries of “Oh, oh, Chongo!” can probably still stir the hearts of a few diehard Danger Island fans. The absurd cliff-hanger action make it a winner in anyone’s Saturday morning memories, aside from the fact that it starred Jan Michael Vincent and was directed by Richard “The Omen” “Superman” Donner!

Chocolate: What is it? (1971, Frank Buxton, Color)
What is chocolate? Don’t feel shy if you don’t know the ins and outs of this luscious treat, we have Jonathan Winters, Woody Allen and Jo Anne Worley to help you figure it out . . . along with some genuine 1971 vintage children! The whole process, from freaky-looks pods to sweet, sweet confections, is covered in this spry short.
The Story of Hansel & Gretel (1951, Ray Harryhausen, Color)
Will the most notorious gingerbread binge in fairyland end in heartache or a just a sick tummy? Ray Harryhausen’s claymation is as expressive in this tale of hungry woodland tots as it always was for monsters. 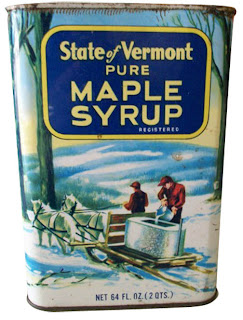 Plus! For the Early Arrivals!
Maple Syrup and Sugar (1930’s, B+W)
A beautiful, silent glimpse of a way of life on the brink of modernization! The primitive maple tapping camps and hardy maple men evoke frontier life with a haunting immediacy. Even the babies are toughing it out. The relatively modern processing facility also feels quaint. This selection from the Eastman Company's Kodascope lending library was meant to give its audience a greater knowledge of tree anatomy, but like the best ephemera it shows much, much more.

About the Curator
Lynn Cursaro is a local film blogger. Over the past two decades, she has worked in research and administrative positions a variety of Bay Area film organizations. The monthly Castro calendar picture puzzle is of her devising.
Email ThisBlogThis!Share to TwitterShare to FacebookShare to Pinterest
Newer Post Older Post Home