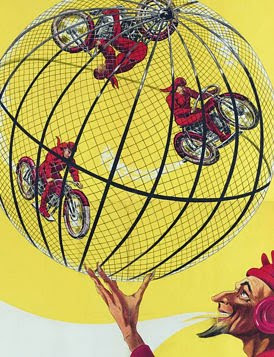 Oddball Films presents Strange Sinema 65: Oddities From the Archives, an evening of newly discovered and choice rarities from the stacks of Oddball Films’ 50,000 reel film archive. This installment of the strangest show in San Francisco - Strange Sinema 65: Strange Stunts features a horde of adrenaline junkies, High Wire Daredevils, Dust Eating Drivers, Human Boomerangs, and Strait-Jacket Escapes.  The hair-raising feats include High Wire (1984), an early profile of high wire artist Philippe Petit (subject of the 2008 film Man On Wire) teetering between a skyscraper and the NYC Cathedral of St. John Divine, with sound score by Philip Glass; Dust Eaters (1955), rocking rebels in the stock car racing subculture of the early 50s; Houdini Never Died (1978), a doc featuring Harry Houdini’s strait-jacket escape over Niagara Falls achieved by magician and psychic debunker James Randi; Stunt Crazy (1930s), an assortment of fantastically foolhardy leaps, dives, and the like; excerpts from Niagara Falls (1985), an award-winning doc shot by Ken Burns serves as a background for the magnificent marvels of American stuntsmanship; and Rendezvous (1976), director Claude LeLouche’s one take high speed dash through the streets of Paris. All this and more with selected live electronic accompaniment by Indonesian musician Iman Fattah.

High Wire (Color, 1984) Directed by Sandi Sissel. Philippe Petit (the recent subject of the doc “Man on Wire”) is a French high wire artist who gained fame for his spectacular walk between the Twin Towers in New York City on August 7, 1974. Here he metaphorically bridges the ancient and modern as he walks a high wire suspended between the towers at New York City’s Cathedral of St. John the Divine and a sixteen story high-rise building across the street. With sound score by composer Phillip Glass.

Dust Eaters (B+W, 1955)
Hot rods mean hot girls! In this expose into the underbelly of the stock car racing subculture, learn how NASCAR wasn’t the first instance of yokels slavering over car crashes. But in the 50s, we didn’t have things like airbags and anti-lock brakes, so when these cars crash, things get really hairy! Get an insider’s lesson on the terminology and styles of car racing elites, and witness some of the most dangerous driving (and flaming accidents) you’ll see this side of Indianapolis.
Houdini Never Died (Color, 1978) A insightful documentary about child vaudevillian, trapeze artist and legendary escape artist Harry Houdini (Born Erich Weiss in Budapest, Hungary (1874-1926) narrated by Burgess Meredith. Houdini… includes rare archival footage of Houdini, famed magicians Doug Henning and the magician Shimada. The film culminates with a escape from a strait jacket over Niagara Falls by famed psychic debunker James Randi.

Stunt Crazy (B&W, 1930s)
We see here: one nutcase setting a table on a tightrope high above the Alps, another one who lives to joke about his dive off of the Seattle Bridge, and yet another who just barrel-y survives Niagara Falls.

Niagara Falls  (Excerpts) (Color, 1985)
There is only one place in the Western Hemisphere that has figured in the American imagination since its discovery -- Niagara Falls. Niagara Falls: The Changing Nature of a New World Symbol is a fast-paced, archival footage laced documentary that tackles the fundamental question of what a nation does with its symbols. The film incorporates newsreels, crazy “barrel over-the-falls” stunts, vacationers and honeymooners, interviews with an Iroquois native American, high wire aerialist Philippe Petit (“Man on Wire”) and archival and historical stills and moving images. 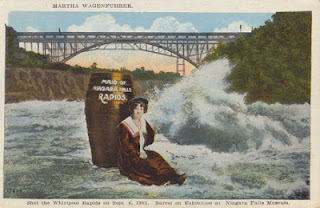 In the 17th century, the Falls were seen as the quintessential wilderness symbol, vast and terrifying. In the 18th and 19th centuries, this symbol changed to represent the moral and national strength of the new world.
The Falls have been written about, painted, and photographed more than any other site in the Americas. Hypnotic, overpowering, and magnificent, the Falls and their rainbows draw in the viewer. With civilization in the background, this film allows the viewer to see Niagara with the eye of the artist, the explorer, and the Iroquois. Directed by Diane Grey and Lawrence Holt with camerawork by Ken Burns. Blue Ribbon winner of the 1985 American Film Festival.

Rendezvous (Color, 1976)
In 1976, at the end of a film shoot, Director Claude LeLouch (A Man and a Woman) found himself in possession of four things:  a camera with ten minutes of film left, a gyroscopically stabilized camera mount, a sports car, and an idea: to film a mad dash (at speeds up to 140 mph) through the early morning streets of Paris.  Denied the necessary permits, he shot the film guerrilla-style, in one take, with no special effects and no street closures.  No one was hurt, his subsequent arrest was brief, and the film has become a legend. One take, no film tricks- you won’t believe your eyes. 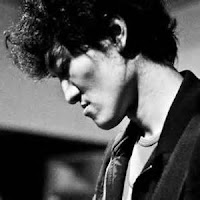 About Jakarta Musician Iman Fattah
Iman Fattah is a musician, sound designer and producer from Jakarta, Indonesia. His father is a legendary Indonesian musician Donny Fattah. Fattah has been active in Indonesian rock and experimental music scene for the past 15 years, playing guitar in his own band called Zeke and the Popo and RAKSASA. Additionally he produces music for films, theater and commercials.  In 2010 Iman collaborated with cutting edge film director Joko Anwar Indonesian as sound designer in the award winning theatrical performance Onrop.