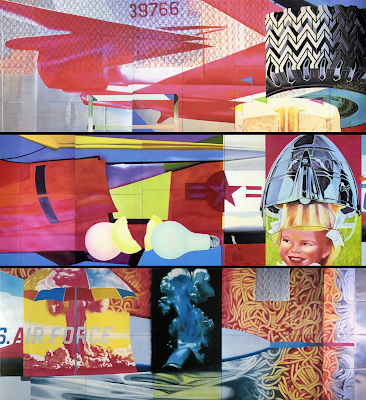 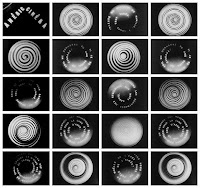 Anemic Cinema (1926, Silent)
Directed by Marcel Duchamp
“I have forced myself to contradict myself in order to avoid conforming to my own taste.”
-Marcel Duchamp 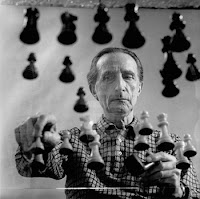 The only film to come from the founder of the Dadaism movement “Anemic Cinema” is an abstract and annalistic film short containing rotating circles and spirals interlaced with spinning discs of words strung together in elaborate nonsensical French puns. There's no plot, only moving shapes and objects, in an attempt to deny the vision of art as contemplation and ecstasy. 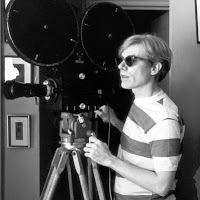 The free wheeling style of the documentary gives it a loose, edgy feel and showcases Warhol in action craftily playing to the camera. Excerpts from Bike Boy, Chelsea Girls, Women in Revolt, Trash,  Lonesome Cowboys and I, A Man give us a deeper sense of the range and raw cinematic and self-absorbed style Warhol pioneered.

Picnic in Space (1967, Color)
A rare film featuring the legendary media theorist Marshall McLuhan and his long time cohort, Harley Parker, a Canadian artist and scholar. The film features McLuhan and Parker's ruminations on a wide variety of topics; including 'space' and its properties, jazz, language, and art.

Shot in 1967, the film captures the experimental spirit of the time; with scenes of contemplative pastoral idyll intercut with bold, minimalist animation, pop art, pastiche, and a wonderfully strange electronic soundtrack courtesy of visionary American composer, Morton Subotnick. A dazzlingly kinetic gumbo of jazz, ambient electronics, and psychedelic synthesizers, the film is a perfect example of McLuhan's concept of 'cool' media. 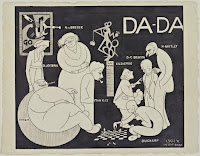 This brilliant centerpiece of our Media Manipulators program is a “Dada”, film celebrating 50 years of Dadist art and cinema, featuring a discussion about the history and influence of Dadaism from leading German, French and English exponents including Marcel Duchamp, Max Ernst, Man Ray, Hans Richter,  all considered some of the most influential and important  artists of the 20th century. The film is peppered with film clips and examples of their works including a reenactment of a Cabaret Voltaire performance with Dadist Jean Arp playing piano. A bizarre and rarely screened documentary.

“I am for an art that is political-erotical-mystical, that does something other than sit on its ass in a museum.”-Claes Oldenberg

The Art of the Sixties (1967, Color)
This documentary aired on CBS at the height of the revolutionary and hopeful changes sweeping the art and technology world (not to mention the rest of society). The film takes an inside look at some of the leading figures in art during the decade, including rare glimpses into their studios and workshops. Highlights include soft-sculpture pop iconographer Claes Oldenburg who states “My work is not meant to be funny or even art, my work is just made to be important”, Jackson “The Dripper” Pollock, conceptualist Sol Lewitt, Les Levine, and other artists who have since become emblematic of the wild experimentation of and use of industrial processes (Rauschenberg’s silkscreens, Barnett Newman’s steel fabricated sculptures) of the 60s. We also follow filmmaker, sculptor and engineer Len Lye among his kinetic large-scale sound sculptures 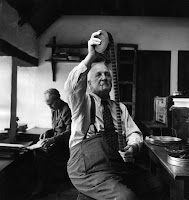