The Speed of Dark: Nightlife and Nightmares - Fri. July 19 - 8PM 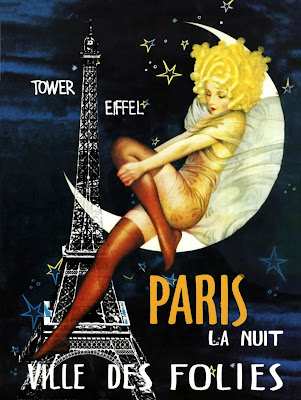 Oddball Films presents The Speed of Dark: Nightlife and Nightmares, a program of films that highlight the dark seduction of the nighttime. Whether awake or asleep, when the sun sets, the world becomes more exciting and menacing.   Allegro Ma Troppo (1963) captures the life of Paris between 6PM and 6AM shot at two frames per second utilizing automatic cameras.  Laurel and Hardy team up to burgle for the police in the Hal Roach comedy The Night Owls (1930).  Italian animator Bruno Bozzetto's brilliant and mind-bending cartoon Ego (1970) unleashes one man's dark, psychedelic and erotic dreams from Hitler to a naked Mona Lisa. Discover the world of the graveyard shift in the mini-doc Night People’s Day (1971).  One naked little boy floats away from his bed and ends up baked in a pie in an adaptation of Maurice Sendak's censored, but much-loved In the Night Kitchen (1975).  George Melies offers his unique whimsy and magic to Baron Munchausen’s Dream (1911).  Eliot Noyes Jr. creates dreamy animation out of sand in Sandman (1970). Witness the unique nighttime flagellation ceremony of Australia's aboriginal Walbiri Fire Ceremony (1977).  One little girl has trouble sleeping with all the Noises In The Night (1969) in a sweet cartoon from UPA founder's Stephen Bosustow Productions.  Plus! Leggy showgirls bust out the moves at the Classic Hollywood hotspot, The Trocadero Cafe in A Night at the Troc (1943) and even more surprises! 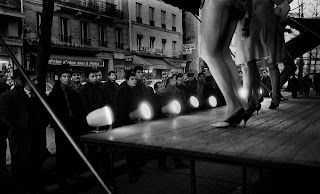 Allegro Ma Troppo (Color, 1963) A Parisian evening, conveyed through imaginative cinematography of the life of Paris between 6PM and 6AM shot at two frames per second utilizing automatic cameras. From strippers to car crashes, Paul Roubaix’s Allegro Ma Troppo evokes the intensity and variety of nocturnal life in the City of Light through speeded-up action, freeze-frame, and virtuoso editing. 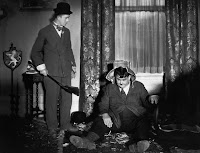 The Night Owls (B+W, 1930)
A Laurel and Hardy short from Hal Roach.  In addition to Stan & Ollie cast as a couple of transients who spend their nights on park benches, there’s Edgar Kennedy as the cop on the beat!  Kennedy is having trouble with the chief, and Stan & Ollie agree to become burglars to help him out.  You can imagine... they’re a big help.


One of the favorite Oddball cartoons, this brilliant animation by Italy’s Bruno Bozzetto (of the cult favorite Mr. Rossi series) demands a re-screening.  Opens with traditional comic strip-style animation until the factory-working family man goes to sleep and unleashes his subconscious thoughts, sending him into a battleground of situations.  Utilizes a number of animation styles including optical printing and pop art imagery.  Features a wild soundtrack by the ultra-lounge master Franco Godi… 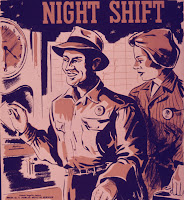 
The look at the hidden workdays of nocturnal workers would be fascinating on its own, but this narration-free film adds human-made sound effects! A chorus of youngsters bloop, swish, crunch and whirl along as postal workers, produce market jobbers, bakers and other moonlit tradesmen go about their workaday routines and share their thoughts on their topsy-turvy workaday nights. 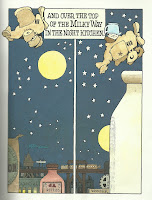 With its comic book format and flash of baby nudity, Maurice Sendak’s In the Night Kitchen was groundbreaking (and censored!) upon its 1970 publication. But making a wild rumpus in the picture book aisle was always the Sendak way: from the moody Where the Wild Things Are to his adaptation of the children’s holocaust opera Brundibar. Our hero Mickey tumbles into the pantry metropolis of the night kitchen, where after hours baking is overseen by a trio of Oliver Hardy look-a-likes, who pop him in the oven.  Freely referencing Windsor McKay’s Little Nemo, Sendak enhanced his standing as cool uncle to generations of kids. Angelo Michajlov's Kitchen Sink-o-Pators provide the appropriately swinging score. 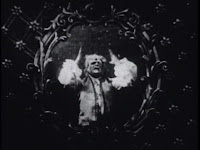 Baron Munchausen’s Dream (B+W, 1911)
From the influential Georges Melies comes the strange drunken adventure of the Baron. After feasting and drinking, Baron Munchausen is put to bed, and he begins to drift into dreamland-where he travels to distant lands and times-- including ancient Egypt, Rome and Greece, and is met with nightmarish creatures. This film makes excellent use of extravagant sets, props, and costumes while the mirror serves as the dream portal.

Sandman (1970, color)
A sand animation film. The sandman goes to bed and drifts off to dreamland. Feel the bear fingers playing in the sand in this film by Academy Award winner and Sesame Street animator Eliot Noyes.

From the other side of the planet documents a spectacular three-day Australian Aboriginal communal ritual of penance. The ceremony culminates in a nighttime ordeal in which the owners are humiliated, engage in self-flagellation with burning bundles of twigs and are showered with sparks from burning branches. This is a powerful, engaging and fascinating film.

Noises In The Night (Color, 1969)
Beautiful and sweet animation from (UPA founder) Stephen Bosustow Productions. Little Sherri hears strange noises at bedtime and wakes up the entire household...night after night after night. Her parents attempt to persuade her that night noises are usually made by familiar things...or are they?
Email ThisBlogThis!Share to TwitterShare to FacebookShare to Pinterest
Newer Post Older Post Home