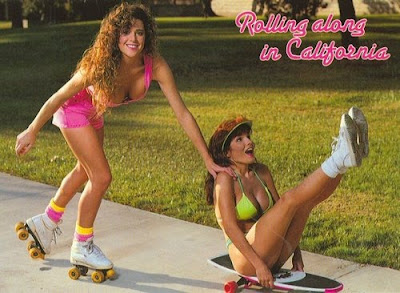 Oddball Films and curator Kat Shuchter bring you Totally Strange 80's - Sex, Drugs and Roller Skates. This bizarre and over-the-top evening features the oddest shorts of the 1980s, a decade known for its over-indulgence, bright colors, big hair and roller skates...roller skates!  The 80's insanity includes Dear Diary, a film about female puberty (1981) in which one incredibly awkward pubescent girl must deal with her changing body, sneaky friends and making out with pillows.  We'll all learn to Roller Skate Safely (1981) with our matching neon spandex.  Watch out for killer computers in Signal Syntax (1983) and double-headed alien puppets with drugs and grabby hands in Deciso 3003 (1982). Richard Dreyfuss warns us about the dangers of the 1980's drug of choice in the work-room PSA Cocaine Abuse: The End of the Line (1984).  Plus, Bill Plympton's surreal cartoon Your Face (1987), the itchy-kitschy Lice are not Nice (1985), and a whole decade's worth of great trailers, commercials and more snippets and surprises, with everything screened on 16mm.  So, tease your bangs, grab your skates and roll on down to Oddball! 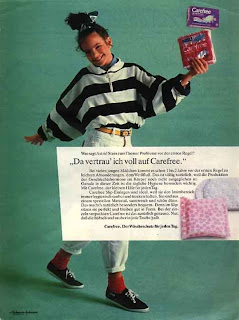 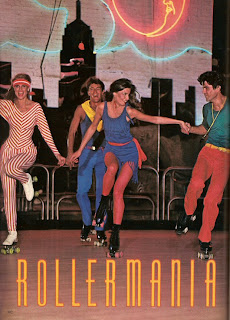 Roller Skate Safely (Color, 1981)
All you need to know about the old 4-wheel roller skates, with lots of great footage from the Venice Beach boardwalk and trick sites.  Don’t miss the skate team in their early 80s matching outfits!


Logizomechanophobia is the fear of computers. It can be brought on when machines violently turn against humans and reek havoc. Signal Syntax instills logizomechanophobia in its viewer in the worst possible way: it places the spectator into the point of view of machines who love to hate humans! Featuring vintage computer technology, this John Remington film poses is an omen to the grudge against humanity personal computers of the future will hold.

Deciso 3003 (1982, Color)
Peter Wallach, Eli Wallach’s brother directed this bizarre anti-drug PSA, in the height of the “Just Say No” ‘80s. Two couples of double-headed alien teens set out on what they think is just going to be any other intergalactic trip to the Drive-In (to see Vincent Price in The Fly) but when one of them thinks it’ll be cool to take some meteor pills and get handsy with his date, we all learn that being a teenager isn’t easy for anyone in the galaxy. 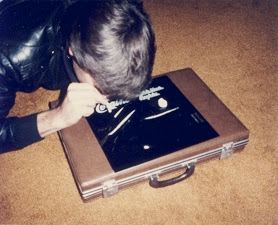 The unmistakably 80's puppets were made by Julie Taymor, director of Across the Universe and Titus, and Eli Wallach narrates, though neither is credited on the internet movie database. Perhaps, like the teen alien flying home alone, they too feel the shame.

Cocaine Abuse: End of the Line (Color, 1984, excerpt)
Hosted by Richard Dreyfuss, this PSA is aimed at the corporate businessman, rather than the kiddies and gives just enough of a taste of the high-powered drug problem that was the scourge of the business world in the eighties!

Your Face (1987) This film set the style and started career of famed animator Bill Plympton. One of the most popular short films ever made, it’s still showing all over the world. As a second- rate crooner sings about the beauties of his lover’s face, his own face metamorphosizes into the most surreal shapes and contortions imaginable. The music was written and sung by Maureen McElheron, then slowed to sound like a man’s voice because Plympton was too cheap to hire a male singer. Your Face earned an Academy Award nomination for Best Animated Short in 1988. 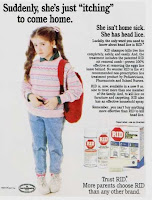