Whack to School: Edu-tainment from the Ridiculous to the Sublime - Thur. Aug. 29 - 8PM 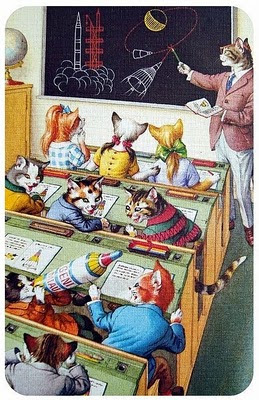 Oddball Films and guest curator Lynn Cursaro present: Whack to School: Edu-tainment from the Sublime to the Ridiculous, all far beyond the 3Rs. While it's time to ship the youngsters off to be educated about the newest technologies, we here at Oddball are harkening back to a simpler time, when lessons were learned on 16mm and mimes were used to teach about bullying! These strange, hilarious and occasional musical shorts will make you nostalgic for the strange analog school days of yore. Did someone really think the crying mimes of People Different, But Alike (1975) were going to bring bullies around? In If Mirrors Could Speak (1970s), a straight-talking looking glass gets real with a variety of young scofflaws. When things don't turn out as we'd like, it's time for the special effects magic of The Learning From Disappointments Game (1969). Shirley MacLaine digs deep to nail a reading of Noisy Nancy Norris (1967). How Long is a Minute (1971) labors to define the abstract idea of time. Too Many People (1970s) puts the terror of overpopulation into the hearts of 6th graders. A trio of girls fess up to being in "The Itty Bitty Titty Committee", in a deluxe excerpt from Junior High School (1978), which also features 16-year old Paula Abdul. Rhythm is Everywhere (1950s) and Just Awful (1971) wring every drop of drama out of a walk to school and boo-boo, respectively. For a respite from the roiling emotions, the cosmic brilliance of Schoolhouse Rock’s Three is a Magic Number and the eye-popping Crystallization (1975) will break up the tension. All projected on 16mm on vintage school-house projectors. Plus! Home-baked treats included in admission!

Junior High School (Color, 1978, excerpt)
The knowing winks in this seemingly bland camp musical masterpiece give it a subversive punch. This musi-calamity revolves loosely around a party, planned by Sherry, played by 16 year-old Paula Abdul. Treachery and tender feelings abound. In this deluxe excerpt features a Home Ec vs. Shop number, as well as the ode to locker room awkwardness, "Itty Bitty Titty Committee".

Noisy Nancy Norris (1965, Bank Street School, Color)
Nancy Norris can't do anything quietly, she even wakes up LOUD. Shirley MacLaine dredges up her inner Hell Child for a divinely manic reading of Lou Ann Gaeddert’s tale of spirited young apartment dweller. One of the gems of the Reading Incentive Series, it makes a raucous case for the adventures to be found in a good book.

How Long is a Minute (1973, Shepard and Claire Menken)
Dubious educational value! Young children have a notorious poor sense of time, what with being new to the concept and constantly being told by lying grow-ups to wait for "just a minute". Real-time, multi-image demonstrations hope to nudge their understanding along.

Rhythm is Everywhere (circa 1955, black and white)
Consider the plight of our hero Tommy; he feels the rhythms of his world, maybe a bit too deeply. Whenever he gets wind of a new beat, that's the tempo he'll use for his walk to school. With laid back frogs and a railroad line on his route, anything can happen. Is he mad, a genius or a budding conceptual artist? You decide.

People: Different But Alike (Color, 1970s)
Who better than mimes to reenact the pain of being teased? They gracefully highlight their differences while other mimes mock them, their silence broken by a delightfully reassuring soundtrack.


Just Awful (Mark Harris, 1971, color)
A visit to the school nurse is the adventure at the heart of this odd little piece. Hear! The inner monologue of a boy with an Owie. Thrill! To the suspense-filled hallway of waiting. Witness! The ritual wound-washing. See! A magnificent giant of a nurse administer a special cure as only she can!

Too Many People (1973, color)
Budding breeders of grade school age demonstrate the chilling effects of the projected population boom. Made in an era when 6th graders weren't reproducing in significant numbers, it's hard to fathom any cogent message in this Malthusian polemic other than "enjoy those hot dogs now". 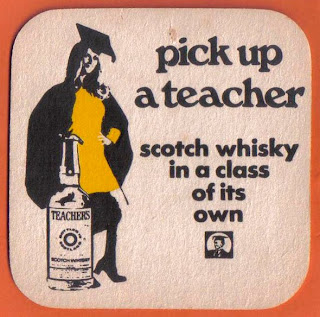 How to Bend Light (1961)
Yes, there are some beautifully filmed demonstrations of how light works, but for some of us it's all about that little dark room.
About the Curator
Lynn Cursaro is a local film blogger. The monthly picture puzzle on the Castro Theatre’s calendar is a bagatelle of her devising.
About Oddball Films
Oddball films is the film component of Oddball Film+Video, a stock footage company providing offbeat and unusual film footage for feature films like Milk, documentaries like The Summer of Love, television programs like Mythbusters, clips for Boing Boing and web projects around the world.
Our films are almost exclusively drawn from our collection of over 50,000 16mm prints of animation, commercials, educational films, feature films, movie trailers, medical, industrial military, news out-takes and every genre in between. We’re actively working to present rarely screened genres of cinema as well as avant-garde and ethno-cultural documentaries, which expand the boundaries of cinema. Oddball Films is the largest film archive in Northern California and one of the most unusual private collections in the US. We invite you to join us in our weekly offerings of offbeat cinema.