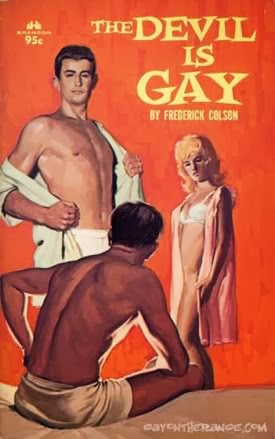 Oddball Films and curator Kat Shuchter present Homoneurotica: Sublimating Sexuality, a program of films that explores veiled and closeted homosexuality and the homophobia of yesteryear with 6 decades worth of vintage navy training films, mental hygiene primers, incendiary cartoons, homo-erotica, experimental works and more. Films include Scorpio Rising (1964), Kenneth Anger's experimental masterpiece of homoeroticism, bikers and rock n' roll; a wonderful U.S. Navy training film, Swim and Live! (1943), starring many shirtless men, helping other shirtless men who will swim their way to winning the war; Thank You Mask Man (1971), a vivid send up on race, class and sexuality in this legendary animated short by the infamous comedian and satirist Lenny Bruce; Boys Aware (1973), a classic Sid Davis shock film that will alert you to the menace of neighborhood homosexual predators; Lumber Jerks (1955) with charmingly effete life partners "The Goofy Gophers" decorating their tree stump; The Closet (1985) Joe Tiffenbach's homoerotic dripping body-builder massage and excerpts from breathtaking silent Lot in Sodom (1933, courtesy of the Jenni Olson Queer Archive), Mary goes through a lesbian "phase" in Social Sex Attitudes in Adolescence (1953) and Rock Hudson Home Movies (1993). Plus! The most obvious gay man that no one knew was gay, an early performance of Liberace with two luscious ladies flanking his piano. 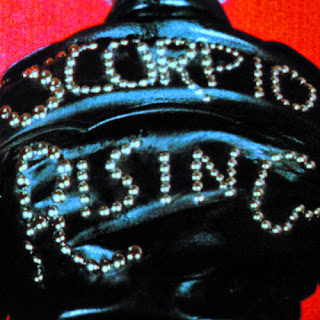 
Scorpio Rising (Color, 1964)
One of the most important films in Kenneth Anger’s body of work, Scorpio Rising employs the sounds of teen pop and the iconography of 50s and 60s motorcycle culture to create a shrine to teenage rebellion.  It is part pop promo, part homo-erotic home movie and is packed with ironic symbolism and style – from his references to the occult to the partially naked, leather-clad bikers riding their bikes recklessly until they crash. Considered by many as the precursor of the pop promos of today - with its angular shots and contemporary soundtrack - the force and poetry of Anger's work has greatly influenced generations of filmmakers, designers and fashion photographers.  Anger pioneered the use of the pop music in narrative film by filling the soundtrack entirely with Elvis, girl groups, and top 50 chart hits. 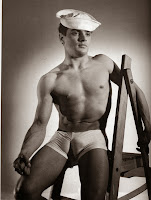 
Here's a wonderful U.S. Navy training film, originally made during World War II. Swim and Live is actually a serious movie, masquerading as comedy, which has a kind of "male on male" interest to it. There are a lot of men in this movie with their shirts off, helping other men. There are a lot of men jumping in sequence, Busby Berkeley style, and helping each other out. Why? Because men need to swim to win the war! 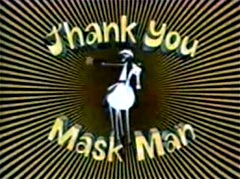 Thank You Mask Man (Color, 1968)
Before George Carlin, Richard Prior and Redd Fox there was Lenny Bruce. This legendary animated short by the infamous comedian and satirist Lenny Bruce is a vivid send up on race, class and homophobia.  Made by local animators years after Bruce’s death with recordings from his performances, this controversial cartoon was blacklisted from many theaters and film festivals.  Watch as Tonto and the Lone Ranger let it all hang out!

Boys Aware (Color, 1973)
Social guidance Shockmeister Sid Davis presents four case histories portraying homosexual advances toward young boys. We start off when Ralph shows Billie some pornographic pictures.  “What Billie didn’t know was that Ralph was sick”, our narrator says, “a sickness that was not visible like smallpox but no less dangerous and contagious, a sickness of the mind. You see Ralph was a homosexual, a person who demands an intimate relationship with members their own sex.” This over-the-top film, produced in conjunction with the Inglewood, CA Unified School District and Police Department pulls out every homosexual stereotype and scare tactic in the book including the jolting line “That evening Mike traded his life for a newspaper headline”. 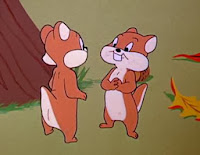 Lumber Jerks (Color, 1955)
Featuring the “Goofy Gophers”, who have been called the first openly gay gophers in Hollywood.    Aside from the intimation of behind-closed-doors cross-dressing, a scene where gas is siphoned from a truck was censored in later versions of this cartoon. 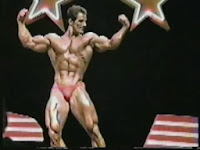 The Closet (Color, 1985)
In a blackened room a handsome body builder gives a naked man the massage of his life. There are lots of mesmerizing shots of the bodybuilder karate chopping and drenched in liquids. The Closet is Joe Tiffenbach's best known work.

“Lot in Sodom” was directed by James Sibley Watson and Melville Webber, producers of the acclaimed 1928 short “The Fall of the House of Usher”. Inspired by German Expressionism this avant garde interpretation of the Old Testament’s Sodom and Gomorrah tells the tale of the trials of Kit. The film features sensual dances and distorted multiple images in telling its tale of a good man and his family living amidst a sexually charged band of Sodomites. Lot in Sodom is an early and important film in the history of American avant-garde cinema and has influenced other avant garde filmmakers most notably Barbara Hammer’s famed “Nitrate Kisses”. The overlapping images multiply the sensual landscape of human flesh and gives a choreographic grace to the erotic movements of the Sodomites The story is filled with sinewy and semi-clad bodies, delirious bacchanales devoted to physical pleasure, and a searing, cataclysmic finale depicting the fall of a city devoted to sins of the flesh. Print courtesy of the Jenni Olson Queer Archive. 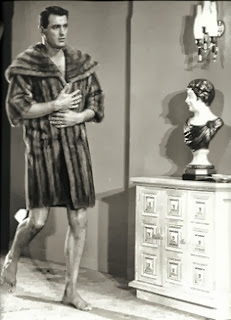 Rock Hudson’s Home Movies (Color, 1993, excerpt)
An acclaimed, revealing and outrageous look at the star's onscreen and offscreen hints at homosexuality, otherwise well-veiled by Hollywood hype. The idea for the movie came from the late actor's real-life habit of showing queer clips from his oeuvre at his infamous gay house parties. This movie hijacks Rock Hudson's Hollywood movies, converting choice clips into substitute home movies and forcing modern readings on them that invariably point to clues as to the star's hidden homosexuality.

Often hilarious, highly original and utterly convincing, this revisionist interpretation of Rock Hudson's film career and life seeks to discover the "real" Hudson through his "reel" persona. Was this Hollywood hunk completely out of touch with his secreted sexuality, or did he throughout his career offer subtle- or not so subtle-hints at his homosexuality? Exploring this idea, Rappaport's insightful and unconventional biography cleverly dissects-through freeze-frame, slo-mo and replays-Hudson's films, seeking clues and overtly gay signals. Hudson may have come off as beauty with no brains on the big screen, but it didn't take a genius to see the irony in lines like "My boss wants me to camp" [from Man's Favorite Sport (1964)] or the effete Tony Randall inquiring of Rock, "Need a light, cowboy?" [Pillow Talk, 1959]. Many other clips accentuate this campy yet substantive doc.

Social Sex Attitudes in Adolescence (B&W, 1953, excerpt)
Lorne Greene, of Bonanza fame, narrates this quintessential 1950s sex education film caught between old fashioned modesty around s-e-x and the emerging openness of post-war youth. The film charts the sexual development of Bob and Mary as they grow from boy and girl to husband and wife, including a bizarre aside concerning the homosexual “phase.”
"Good sex adjustment began for Mary when she was young." But when she was a teen, Mary developed a strong friendship with Lucille. Mary's mother found their "continual intimacy and concentration of affection" unnatural. Next Mary had a crush on the senior girl's tennis champion. Not to fear, the film explains that this was just a stage!
Email ThisBlogThis!Share to TwitterShare to FacebookShare to Pinterest
Newer Post Older Post Home