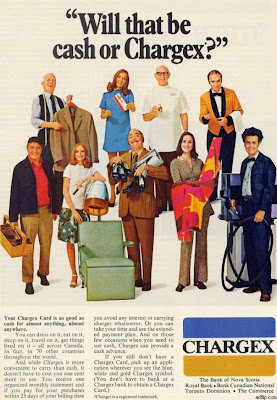 Oddball Films and guest curator Lynn Cursaro present  Money Manners and Capital Games: Asset-kicking Edu-tainment. Money, moolah, cabbage, readies, dough. It wouldn’t have so many names if it wasn’t so important! From the most basic history and functions of money in grade-school gem Money, Money, Money (1972) to a savvy car dealer’s wild sales methods in Charles Braverman’s brilliant Trader Vic’s Used Cars (1975), money is one subject that can always generate interest. Painless penny-watching is the aim of both the anarchic consumer education work of Marshall Efron Brand Names and Labeling Games, (1973) and Magical Disappearing Money (1972). Vegas yields hilarity, riches and ladies in Brooklyn Goes to Las Vegas (1953). The fine print of monthly bills gets a surprisingly entertaining treatment in Credit Card Bouquet (1973). The emotion spending vs. saving issues kids face in Learning to Use Money (1973) are the kind that last a lifetime. Dark impulses are afoot in puppetland when the Great Piggy Bank Raid (1974) goes down. Porky Pig learns that 10 cents a night is no bargain when the innkeeper is Daffy Duck in Dime to Retire (1955).  Plus! Ginger Rogers sings "We're in the Money" from an excerpt of Gold Diggers of 1933 and some sound advice about investment and horses from Oscar-winning director Mike Nichols in a snippet of Nichols and Dimes (1982), directed by Ellen Hovde and Muffie Meyer, the editors/co-directors of Grey Gardens. But the entertainment value doesn’t stop there: Not only will there be super-rich home-baked goodies from the kurator’s kitchen, but all films will be presented in 16mm.

Trader Vic’s Used Cars (1975, Charles Braverman)
For used car dealer Victor Snyder, “customer relations are everything.” On his modest Southern California lot, his mostly working class clientele can count on more than just a fair shake. Vic’s folksy sales techniques may seem quaint, but Braverman’s portrait is a refreshing look at a dying breed of small businessman with a deep understanding of the art and psychology of the deal. 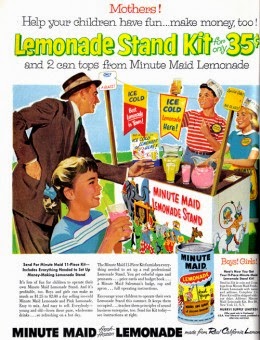 Money, Money, Money (1972, Steven Minor)
We start with a bit of numismatic eye candy. A stunning montage of coins both exotic and familiar is the centerpiece of this mondo money triptych. In other sequences, children demonstrate the barter system and we visit the Philadelphia mint to see how pennies are made. Dazzling and narration-free. 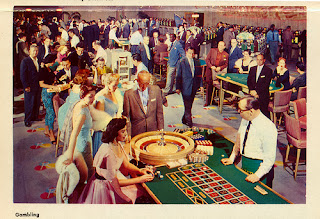 Brooklyn Goes to Las Vegas (1956, B+W)
See what happens when a fifty-something Brooklynite hits the strip in this ridiculous short film.  Get the inside scoop through this NYC native’s eyes and watch how he strikes it rich and heads home with a wagonload of cash and ladies!


Learning to Use Money (~1971, William de Jarnette)
Birthday card cash: an asset to carefully budget or an invitation for a spree? A young bongo-crazed Janis Joplin fan has an appropriately Dionysian attitude toward spending. Not his sister, who has not only waited until 1973 to buy the Beatles’ Revolver, but also shops around for the best price. This and other vignettes of shopping and saving will resonate with viewers of all ages.

The Great Piggy Bank Raid (1974, Marshall Izen)
Fuzzy animal puppets: so cute, so chirpy, so larcenous. When the cash for new band uniforms needs to be raised fast, our woodland friends roll up their tiny sleeves and get down to honest work, mostly. The itty bitty musical finale swings, and the puppet show within the puppet show will blow your mind! 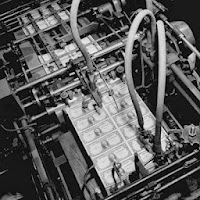 A Day in the Life of a Dollar Bill (1972, Art Evans)
This dollar IS worth the paper its printed on, if screen time is any measure! During course of the day it wends its way from the hands of a young baseball player through city government, grocery store and beyond, giving us glimpses the getting-and-spending lives of a small town.

Brand Names and Labeling Games (1973, Jack Sameth)
The absurdity of USDA labeling gets a thorough skewering by our flustered consumer advocate, Marshall Efron. Anarchic, off the cuff, and eye-opening, these highlights from PBS’s delightful Great American Dream Machine endure as bright shining moments in the history of consumer education.

A Credit Card Bouquet (1973, Buck Pennington)
Everyone loves Jonathan, the avuncular flower vendor who pushes his cart around the mall, giving his stock away to everyone. It’s a good thing he’s a charmer or his intimate knowledge of everyone’s credit history might be creepy. Each encounter is a clear lesson in responsible credit use and the beautifully natural performances make this a winner.

How to Make Change of a Dollar (1950s)
Remember when the price of things and the value of those coins in your pudgy kindergartener palm were both a bit of a mystery? Relive those innocent times! 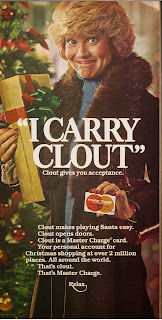 About the Curator
Lynn Cursaro is a local film blogger. The monthly picture puzzle on the Castro Theatre’s calendar is a bagatelle of her devising.