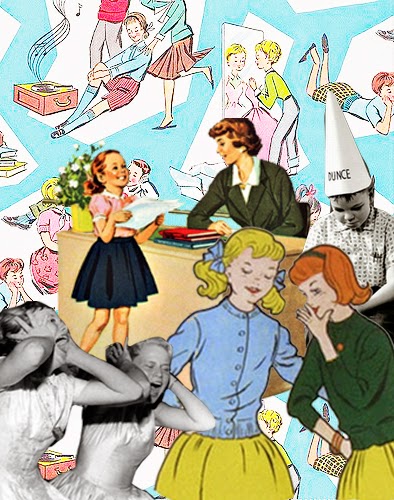 Oddball Films and curator Kat Shuchter present Learn your Lesson...from the 1950s - An Old-Fashioned Shockucation, the sixteenth in a series of programs highlighting the most ridiculous, insane and camptastic educational films, mental hygiene primers and TV specials of the collection. This month we're taking the way-way back machine to the 1950s to learn lessons in drinking and driving, bullying, cheating, sex, prejudice, child molestation, anger management and of course atomic fallout! Watch mice get drunk and drunks flip cars in the teen drunk driving cautionary tale None for the Road (1957).  The school scofflaw, Chick Allen, can't wait to sully the school carnival in The Bully (1951).  Chart the sexual development of two young people before their eventual marriage in The Social Sex Attitudes in Adolescence (1953), including segments on nocturnal emissions and homosexuality.  In What About Prejudice? (1959) everybody in class has it out for the faceless minority student for a variety of terrible reasons, until he steps up and saves a classmate's life and ends up in the hospital; let's hope it's not too late to change their attitudes.  Shockmeister Sid Davis want little boys to be on the look-out for the ever-present threat of pedophiles; you too should steer clear of The Dangerous Stranger (1950).  Nothing's more delightful than little children screaming at each other and throwing things, but we've got tips on controlling their volatile little tempers in Don't Get Angry (1953).  John Taylor thinks he's got it all figured out; copying answers off his friend's paper, but when word gets around, he loses all his friends and his seat on student council, all over a little Cheating (1952). And since it is the 1950s, learn how to react when our red enemies drop the big one on your town in the howlingly funny Pattern for Survival (1950), whatever you do, don't look at the light! Plus, shocking excerpts from shop-safety film It Didn't Have to Happen (1951), dolls on fire in Fire! Patty Learns What to Do (1951), and for the delusional: Facing Reality (1959).  Get here early for Ulcer at Work (1957) because we're already 60 years late to learn these lessons. 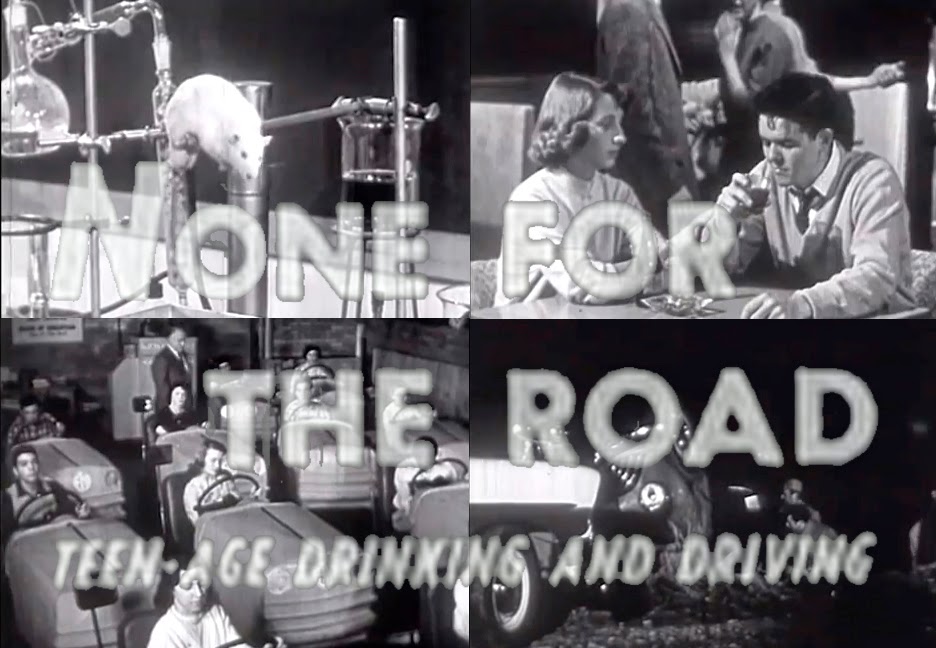 
None for the Road (B+W, 1957)
"Jerry Landon is one of the types that experiments with drinking... The all-out type"
A good old-fashioned drunk driving scare film replete with a white-coater injecting lab rats with alcohol and making them do acrobatics!  The story centers around 3 couples at a sock-hop; the girls are all drinking ginger ale, Keith has had a couple of beers and Jerry has been "holding down the fort" all night and gotten himself blotto.  When he gets in a fight with his gal Eydie, Jerry storms off for his car.  Can Keith catch up to him and make sure he makes it home alive, or will Keith's couple of beers mean the end for him and his passengers?  See who makes it out alive! 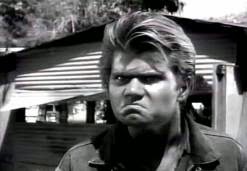 The Bully (B+W, 1951)
Social misfit and malcontent Chick Allen, the school bully, holds an unquenchable grudge against all that is good - and smaller - the kids in his class. Chick is constantly grabbing people by the shirt and throwing them to the ground. He wants to mess up the class picnic, but his plans are leaked by Skipper, one of his small lackeys. The class decides to thwart Chick and, at the same time, offer him a last chance to bond with society.

Social Sex Attitudes in Adolescence (B+W, 1953)
Lorne Greene, of Bonanza fame, narrates this quintessential 1950s sex education film caught between old fashioned modesty around s-e-x and the emerging openness of post-war youth. The film charts the sexual development of Bob and Mary as they grow from boy and girl to husband and wife, including a bizarre aside concerning the homosexual “phase.”
"Good sex adjustment began for Mary when she was young." But when she was a teen, Mary developed a strong friendship with Lucille. Mary's mother found their "continual intimacy and concentration of affection" unnatural. Next Mary had a crush on the senior girl's tennis champion. Not to fear, the film explains that this was just a stage! 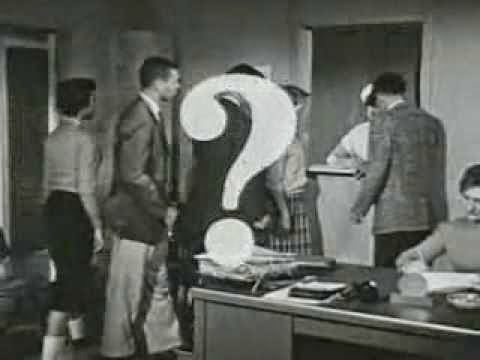 What About Prejudice? (B+W, 1959)
Examines the damage done by a group to a classmate because of prejudice, largely directed toward parental origin; and shows the individuals emotional reactions when the truth is revealed.  Will this group of bigots see the error of their ways?

The Dangerous Stranger (B+W, 1950)
An early Sid Davis gem, this film lets little boys know that molesters are everywhere- and what to do if that nice man offers you a ride.  Sid Davis was the grandfather of the shock film, making his first short - reportedly - with a $1,000 given to him by John Wayne and went on to direct and produce hundreds more.  One of his favorite preoccupations was the murderous pedophiliac predator, a theme he revisited over half a dozen times from the 1940s-1980s. 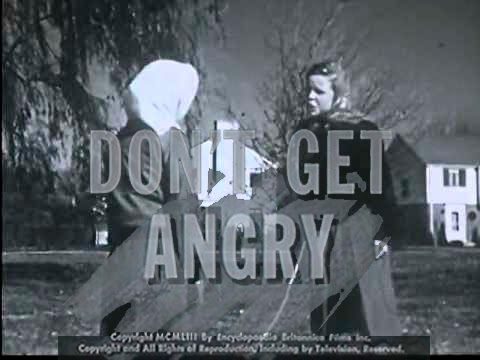 
Watch as children scream, cry and throw things to get out their anger in this early mental hygiene primer.  Learn how you too can control your anger. Our concerned and understanding narrator intones "Angry feelings should be gotten rid of, one way or another, but always without hurting someone else."

Cheating (B+W. 1952)
A young teen boy, John Taylor, sits silently in a darkened hallway. A relentless grandfather clock ticks away at the passing seconds. “Why haven’t they called?” John anxiously wonders. Then the phone rings and John gets terrible news. He’s been voted out of his post as student council representative because he cheated on a test.

Flashbacks show how it all happened. The nagging narrator-as-conscience harps relentlessly on naughty John, telling him he’s been “caught in a trap of his own making” and mocking him with lines such as “Yessir, you felt pretty pleased with yourself.” In this unforgiving universe, John’s classmates shun him as soon as they discover the truth. “So you were caught, John,” the narrator says with satisfaction. “You were exposed in front of the class.” And all because he didn’t want to study algebra.

Sourpuss executive and browbeating bruiser Steve Hall is the prototypical 1950s cash register dad with his shopaholic wife and materialistic kids. His stress level at home and at work is at an all-time high. Doc Olmstead tells Steve his stomach is being eaten away by hydrochloric acid. It’s all caused by the “wrong kind of feelings.” When Steve-o shifts his need for self esteem from work to home and starts spending time with the family he’s back in the driver’s seat. A classic mental hygiene film. 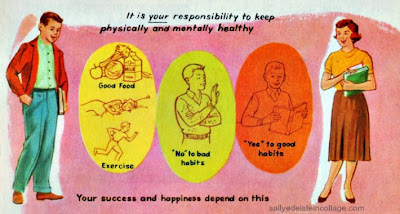