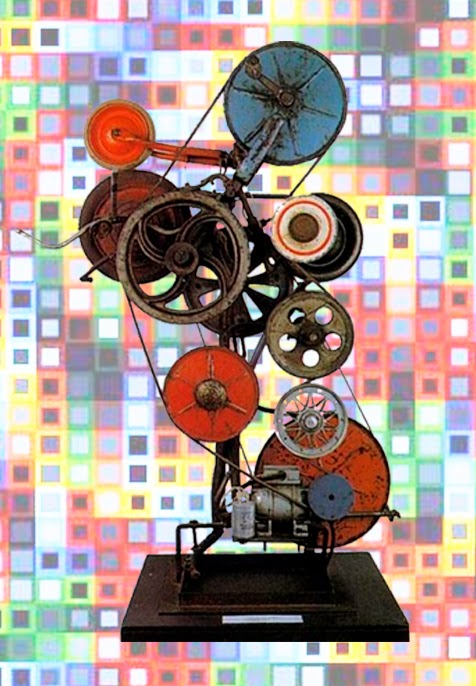 
Famed cinematic innovator John Whitney's demo reel of work created with his analog computer/film/camera machine he built from a WWII anti-aircraft gun sight. Whitney and the techniques he developed with this machine were what inspired special FX wizard Douglas Trumbull) to use the slit scan technique on 2001: A Space Odyssey. An eye-opening and inspiring work of early computer generated imagery.


Marshall McLuhan could be regarded as the sprit of net space and his presence, digital or not, seems to permeate not only everything that takes place there but also how we think about new digital technologies.

A rare film featuring the legendary media theorist Marshall McLuhan and his long time cohort, Harley Parker, a Canadian artist and scholar. The film features McLuhan and Parker's ruminations on a wide variety of topics; including 'space' and its properties, jazz, language, and art.
Shot in 1967, the film captures the experimental spirit of the time; with scenes of contemplative pastoral idyll intercut with bold, minimalist animation, pop art, pastiche, and a wonderfully strange electronic soundtrack courtesy of visionary American composer, Morton Subotnick. A dazzlingly kinetic gumbo of jazz, ambient electronics, and psychedelic synthesizers, the film is a perfect example of McLuhan's concept of 'cool' media. 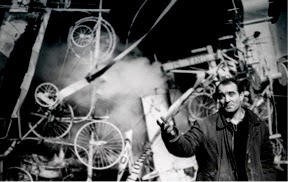 Art for Tomorrow (Color 1969)
“The artist is beginning to react to the impact of science and technology and beginning to come to terms with it. The artist better be rather careful or he will be losing his job and the engineer will become the artist of the future.”
In this film, from the Twentieth Century television program narrated by Walter Cronkite the art of the future is foreseen in new techniques demonstrated by artists and engineers using distinctive methods and new technology including computers, cybernetics, heart beat triggers, invisible art by magnetism, prisms, lights, moving objects, converging lines, and number patterns. This fascinating look at the “future past” features a kaleidoscopic portrait of avant-garde art works by Yaacov Agam (who uses strobe lights), Wen-Ying Tsai (vibrating steel rods), John Mott-Smith (computer-generated ideas), Jean Tinguely (machine-made sculpture), Victor Vasarely’s early experiments with IBM computers, Jean Dupuy and many more.
Here’s a link to a clip from Tinguely’s mind-blowing Homage to New York (1960) http://www.youtube.com/watch?v=0MqsWqBX4wQ

Kinetic Art in Paris  (Color,1971)
The works of Kinetic artists Julio Le Parc, Victor Vasarely, John Rock Yvar aren’t the only things explored in detail in this ultra rare, quirky documentary that features music from the short-lived cult British pop duo White Trash. Viscerally challenging, this kaleidoscopic homage to light, sound, motion and restraint is quintessential viewing for anyone with a desire to be fascinated by anything…even if just for a moment. Don’t miss this!

The Art of the Sixties (Color, 1967)
This rarely seen documentary aired on CBS at the height of the revolutionary and hopeful changes sweeping the art world (not to mention the rest of society). The film takes an inside look at some of the leading figures in art during the decade, including rare glimpses into their studios and workshops. Highlights include soft-sculpture pop iconographer Claes Oldenburg who states “My work is not meant to be funny or even art, my work is just made to be important”, Jackson “The Dripper” Pollock, conceptualist Sol Lewitt, Les Levine, and other artists who have since become emblematic of the wild experimentation of and use of industrial processes (Rauschenberg’s silkscreens, Barnett Newman’s steel fabricated sculptures) of the 60s. We also follow pioneering filmmaker, sculptor and engineer Len Lye as he demonstrates his large-scale kinetic sound sculptures.

Future Shock (Color, 1972)
Alvin Toffler predicted the electronic frontier of the internet, prozac, youtube, cloning and the self-paralysis of too many choices, instant celebrities and the end of blue-collar manufacturing. Not bad for 1970.
Narrated by Orson Welles and screened at the 1973 Cannes Film Festival this filmed version of Toffler’s much hailed book provides a glimpse of the collision between the present and the future and how proliferating technology is affecting human behavior. It also documents the disturbance, the dislocation and the disorientation that rapid technical developments can cause.

John Whitney‘s Arabesque, is considered by many to be the seminal computer film.  Set to the music of Manoochelher Sadeghi, and created during a residency at IBM Whitney balanced science with aesthetics as he experimented with the eccentricities of Islamic architecture creating whirling, exotic flows of computer generated images. Arabesque was one of the first computer generated films that married technology and art is a focused, cinematic manner. Working with his early home-made computerized motion-control set-up, Whitney could produce a variety of innovative designs and metamorphoses of text and still images, which proved very successful in advertising and titling of commercial projects. He also did various commercial assignments including the title design for Hitchcock's feature Vertigo  (in association with Saul Bass), and the preparation (in association with Charles Eames) of a seven-screen presentation for the Buckminster Fuller Dome in Moscow.