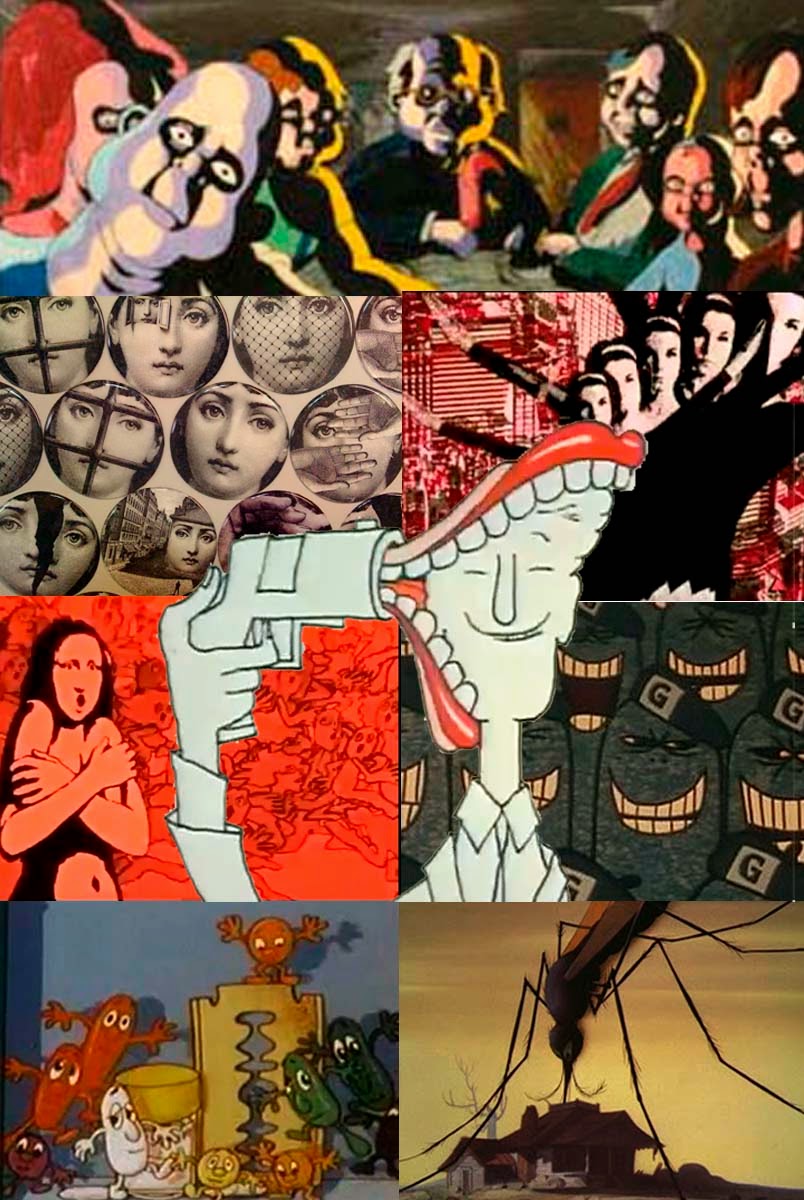 Oddball Films and curator Kat Shuchter present What the F(ilm)?! 8: Animated Insanity from the Archive, an evening of some of the most bizarre, hilarious and insane films from our massive 16mm collection.  This month, we are going all animated with the most insane program of cartoons you will ever see with a unique blend of surreal, educational, propaganda and experimental cartoons too weird to be believed.  One of our favorite animators, Bruno Bozzetto will knock you out of your seat with his surreal, sexy, funny and morbid brand of animation and we have three mind-blowing shorts: Opera (1973), Ego (1970) and Pickles (1973).  Di$ney takes on the eradication of malaria in The Winged Scourge (1943) with help from the Seven Dwarves and STDs in VD:Attack Plan (1973).  The medicine cabinet becomes a horrifying musical of singing pill bottles in Sniffy Escapes Poisoning (1967). Get the first turkey perspective of your Thanksgiving feast in the bizarre and macabre animation I Was A Thanksgiving Turkey (1986).  The Oscar-winning Australian short Leisure (1976) mixes cell-animation and pop-art collage to make you think differently about the way you spend those off hours.  Herbert Kosower manipulates engravings by Piero Fornasetti in the "film absurdity" The Face (1967).  Adorable bunny rabbits resort to lepucide and face the strange legal system of hooded bunnies in The Punishment Fits the Crime (1972).  Plus! Fantasy (1975), psychedelic animation from Vince Collins; Vera Linnecar wants hipsters to die in The Trendsetter (1970); the triumphant return of Caninabis (1979) and even more animated insanity! 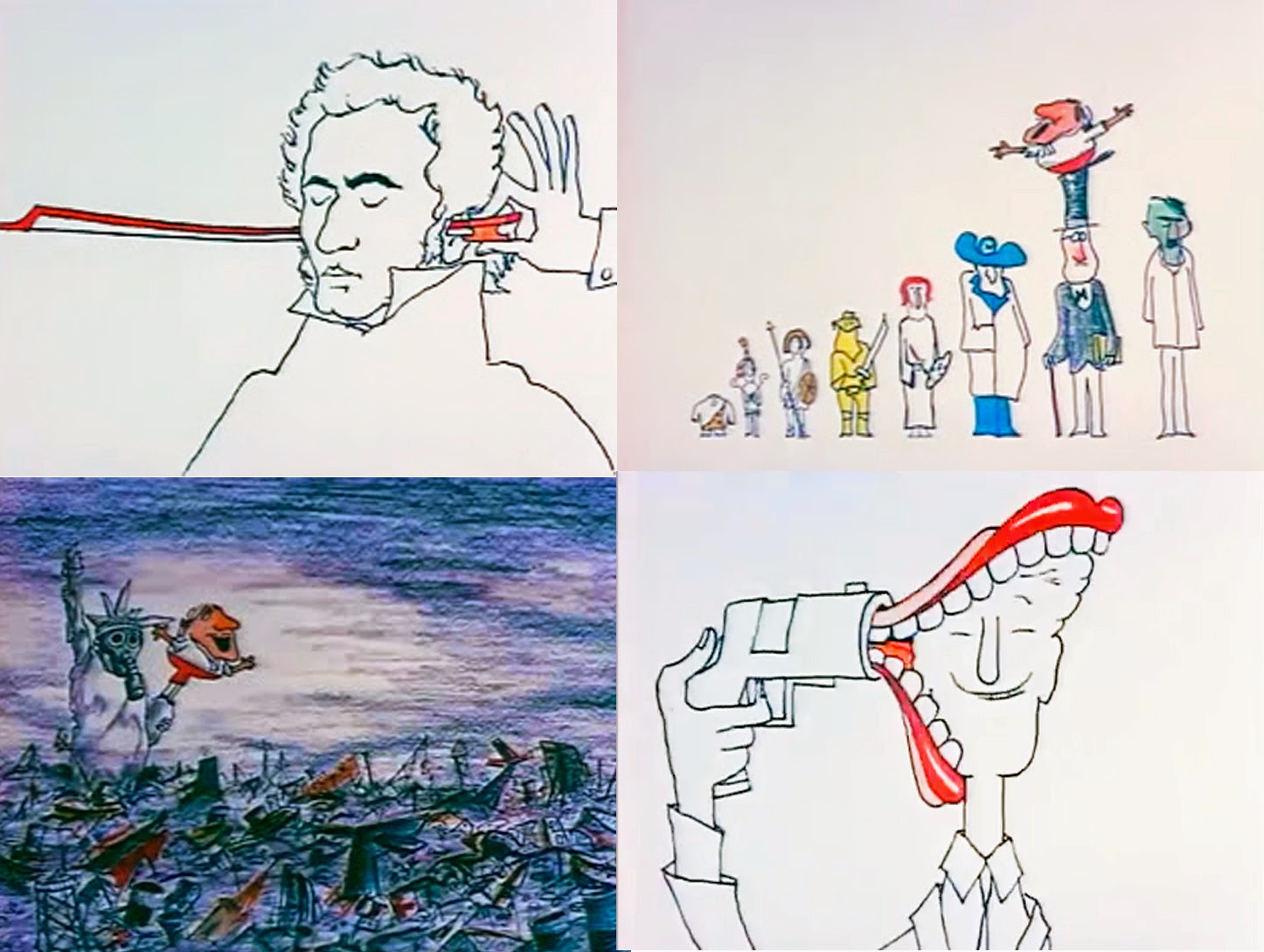 Opera (Color, 1973)
The brilliant Bruno Bozzetto (Allegro Non Troppo) takes Opera to the most insane, surreal, political, and hilarious place you could ever imagine.  Morbid and sexual with rips on fascism, sexism, racism and pollution, this over-the-top survey of opera features some of the most eye-popping imagery in animation history including the Statue of Liberty wearing a gas mask and Hitler with a new-wave hair cut! Safety glasses are recommended to keep your eyeballs in your skull!

Ego (Color, 1970)
One of the most phenomenal animated shorts of the collection, this surreal masterpiece starts with traditional comic-style animation until the factory-working family man goes to sleep and unleashes his subconscious thoughts sending him into a battleground of situations.  His bizarre dreams lead him to Freudian juxtapositions of sex and gruesome fascism. Bozzetto utilizes a number of animation styles including optical printing and pop art imagery and a wild soundtrack by the ultra-lounge master Franco Godi to create the most unforgettable 9 minutes of cartoon history. 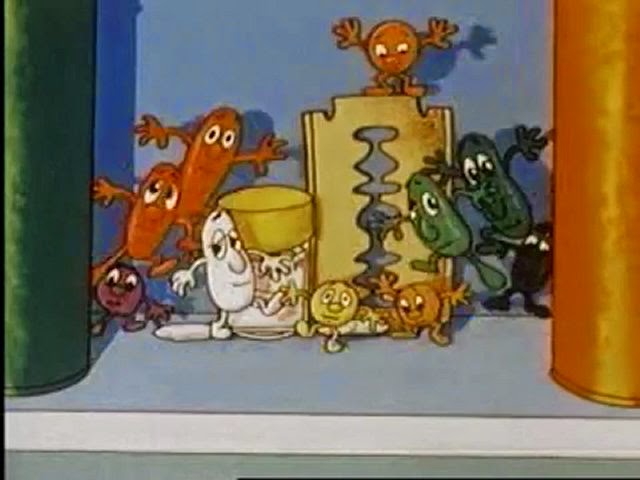 Sniffy Escapes Poisoning (Color, 1967)
Absolutely twisted animation featuring a troll-like little boy with a massive head who drags his sick dog Sniffy to the medicine cabinet.  Once opened, the pills and syrups begin to sing and dance as they cheerfully tell the little boy to KEEP HIS GRUBBY LITTLE PAWS OFF or risk a painful overdose and death. 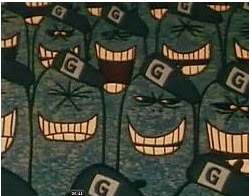 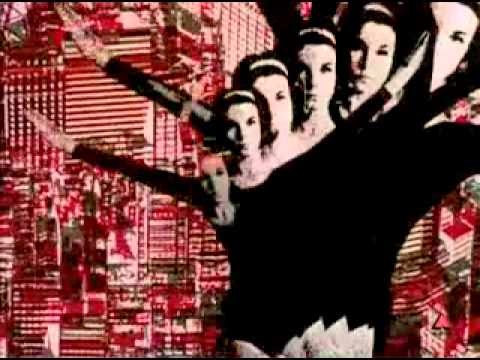 Leisure (Color, 1976)
Oscar-winning, fast-paced, humorous and thought-provoking film using animation by Australian newspaper cartoonist Bruce Petty. Utilizing a pop-art sensibility, the film emphasizes the use of leisure time as an important aspect of life in our society today, tracing its history and possible future.

The Face (Dir. Herbert Kosower, Color, 1967)
Based on the original engravings of Piero Fornasetti. An animated bit of whimsy triggered by the premise that IDEAS lead to IDEAS. In what has been described as 'film absurdity' Kosower manipulates a woman's face into the bizarre and the beautiful. Kosower taught animation and film graphics at USC, where two of his students were George Lucas and John Milius. 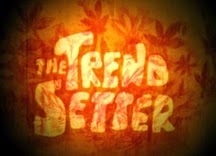 The Trendsetter (Color, 1970)
Cool British animation from the great Vera Linnecar portrays a little man who is annoyed with the little trendies who ape and one up his every move.  Illustrates how the trendsetters depend on others for their sense of self worth. 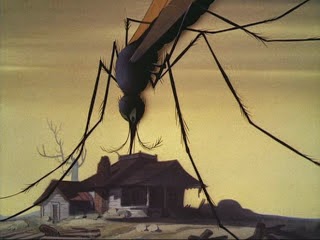 The Winged Scourge (Color, 1943)
WWII propaganda film from Disn*y aimed at controlling Malaria through mosquito eradication.  Actually a movie within a movie as the Seven Dwarves are shown to be watching and spring in to action, including use of motor oil and the highly toxic Paris Green (replaced in the 1950s with the “safer” DDT). 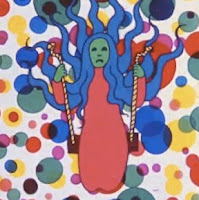 Claude (Color, 1963)
Wonderful UPA-styled short by Dan McLaughlin, head of the UCLA Animation Workshop and recipient of the Winsor McCay Award for lifetime achievement in animation. Little Claude is a clever boy, but his parents are clueless…

Adorable bunny rabbits tackle the issue of racial inequality within the criminal justice system, in a fuzzy, light-hearted kind of way. With the outbreak of bunny-on-bunny violence, you will never think of bunnies in the same way again. With artwork by children’s illustrator, Steven Kellogg.


Jim Schanall’s wildly bizarre animated tale of a turkey’s gruesome fate. All the audio was recorded on Thanksgiving day 1984!


A 2 minute animated take on human evolution. Dark and humorous. 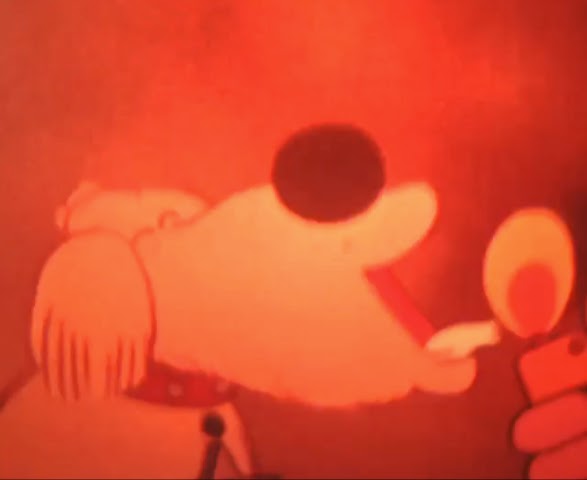 Kat Shuchter is a graduate of UC Berkeley in Film Studies. She is a filmmaker, artist and esoteric film hoarder.  She has helped program shows at the PFA, The Nuart and Cinefamily at the Silent Movie Theater and was crowned “Found Footage Queen” of Los Angeles, 2009. She has been scouring the archive for the best and worst of international animation for over 3 years.