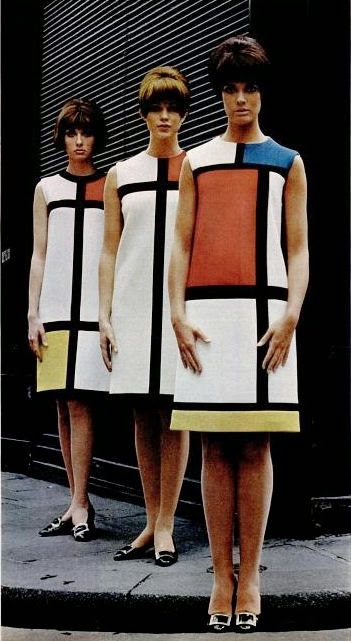 Oddball Films and curator Kat Shuchter present Fashion Backward: Beauty and Style from Yesteryear, an ephemeral film fashion show from the 1920s-1970s.  We're taking the wayback machine to see the epitome of vintage style with kitschy promotional films, newsreel rarities, silent slapstick, commercials and more, all on 16mm film from the archive.  Every stylish look begins with a good foundation and the 1920s give us the birth of the bloomer in the sassy, silly, sexy romp Reckless Rosie (1929) starring Frances Lee.  See the latest in 1930s fashion with the Fox Movietone Newsreel Filming the Fashions (1933). Step into the comfortable and classy shoes of your dreams with the gorgeous Kodachrome promotional rarity Sunsteps (1940s).  A pretty young thing leaves the farm and joins a traveling fashion show in Rolling in Style (1954).  Take a road trip with three glamorous gals and their carload of fabulous clothes from Penney's in the hilarious Oddball favorite The Scenemakers (1960).  Ship n' Shore Fashions wants you to see the future of machine-washable clothing with two giggling girls at the 1964 World's Fair in Fashion Fair (1964). Plus, tons of Vintage Fashion Commercials; a news segment on Frederick's of Hollywood (1970s) and fashionable excerpts from Sears' Styles That Made a Splash (1975), manic Mod fashion with Twiggy in swingin' 1960s London; and Penney's ode to the modern American general store in Whatever Your Fancy (1960s).  Early birds can learn how to make-up their face and shut-up when men are talking in the laughably un-feminist Why Not Be Beautiful? (1969). It's a vintage fashionista's film fantasy! 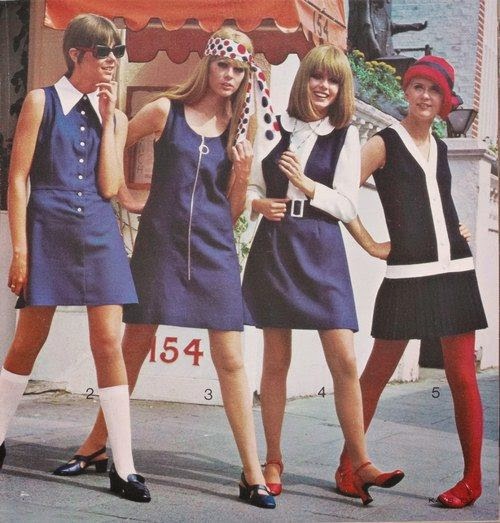 The Scenemakers (Color, 1960)
An unintentionally hilarious long-form commercial presented by Monsanto and J.C. Penney's.  See America in style with Jan, Jill and Amy, three gals crossing the country, but always making sure to dress their best.  The ladies take a ride on the Delta Queen river boat in their sporty twinsets.  They tour a plantation in long evening gowns. One meets a gambler with an eye patch and plays blackjack. They change into short cocktail dresses and go to a nightclub in the French Quarter to listen to ragtime and jazz. They take a drive through Pikes Peak National Forest in a convertible and wear cowboy hats. They go to a beach in California, model their bathing suits, then build a bonfire in cable knit sweaters. They drive the convertible to San Francisco and stay at the Mark Hopkins Hotel. They ride a cable car in stylish daytime suits and dresses and go to the Japanese Tea garden, and drive down Lombard St. They fly home in style on an American Airlines jet, undoubtedly to buy more stylish clothes from Penney's. 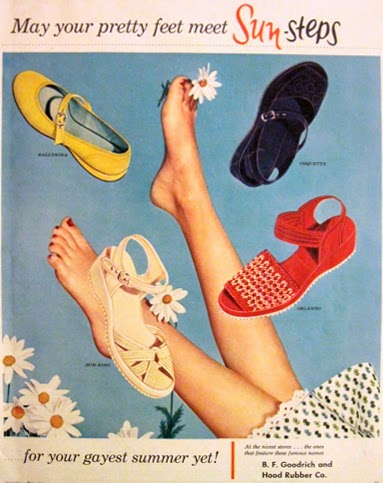 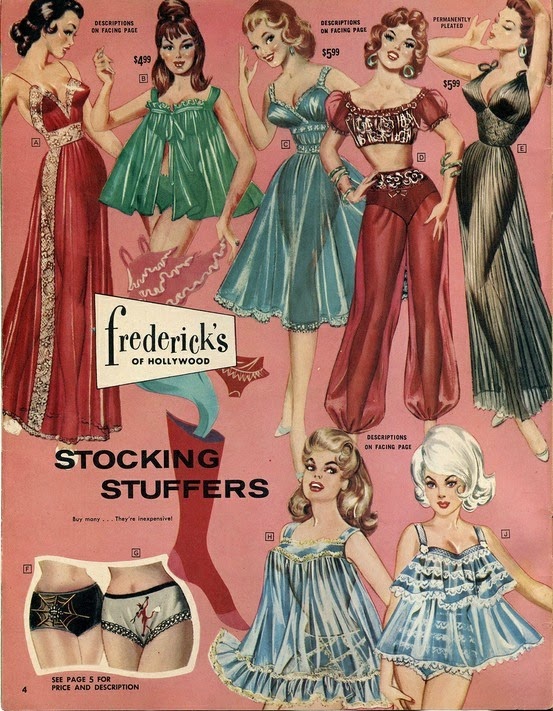 
The appeal is sex.  We see models prancing around in ridiculous lingerie, and extolling the miracle of padding in all of the right places, old ladies opening mail in the mail order department and couples trying selecting sexy underwear. The clothes are designed to please men; to put a man in their life and a little life in their man.  Since women aren't born equal its Frederick's of Hollywood's job to make them more equal. Does Frederick's of Hollywood treat women like sex objects? Of course, that's the point. 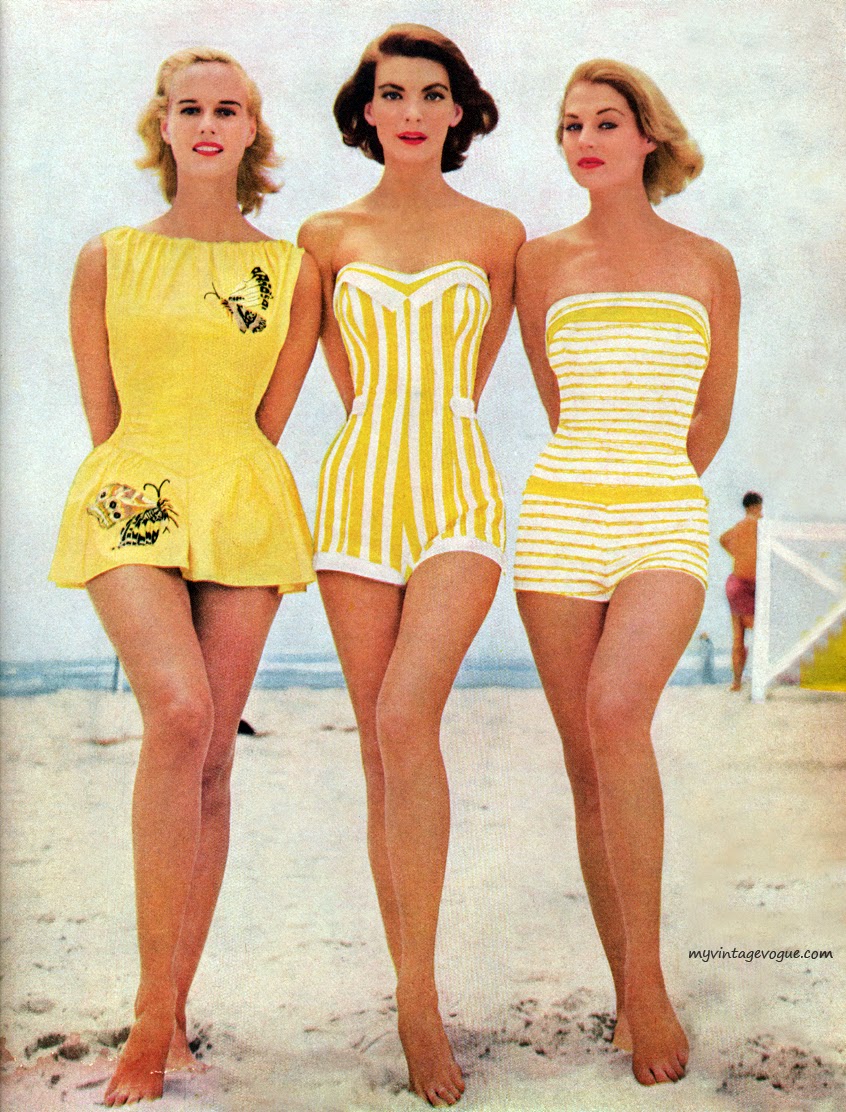 Whatever your Fancy (Color, 1960s, excerpt)
Another stylish promotional film from Penney's. This time, they are taking a look at the history of the general store, but we are   going to pass on the Victorian era and head right to the "present" and get a glimpse inside a time-capsule of mid-60s Penney's department store.  The grandiose narrator sings their praises so loudly, you'll wish you could go back in time for a shopping-spree!

The Styles That Made a Splash (Color, 1975, excerpt)
The Fashion Place at Sears sets out to let us ladies in on the history of the bathing costume, but we're going to skip past the naked Greeks and most of the rest of straight-laced, covered-up history and head to those skimpy numbers of the 1950s and beyond. 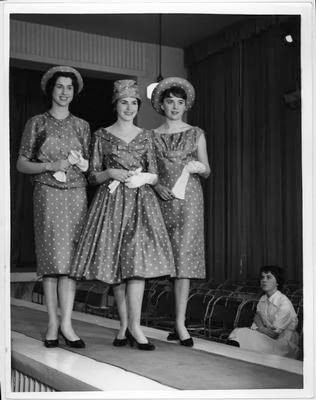 
Rosie, chorus girl and part-time underwear model, is anything but reckless! After all, Mr. Bloomer trusts her with his revolutionary new two-in-one lingerie innovation. Sure, while hounded by rival panty purveyors, our steadfast heroine risks arrest to protect the top secret scanties, but that makes her stand up gal in our books. The thoroughly modern Frances Lee stars.


Diaphanous gowns, filmy lingerie, skimpy swimwear, $150 dollar a pair stockings! The creations featured are a chic daydream some ladies in the audience might try to emulate. The narration, on the other hand, is strictly from a man's point of view, veering from the natural bemusement at the fickle world of style to a leering appreciation of the female form.  A Fox Movietone Release.

Why Not Be Beautiful? (Color, 1969)
"Every young girl can be beautiful."  While this beauty primer begins with a broad and semi-enlightened view of beauty; pressing girls to read and be interested in the world around them, it quickly devolves into social conditioning for the non-feminist young woman, teaching her all the best ways to be attractive to the opposite sex.  Learn how to make-up your face, dress yourself and how to shut-up when men are talking, because beauty isn't just skin deep, it also means silencing yourself. 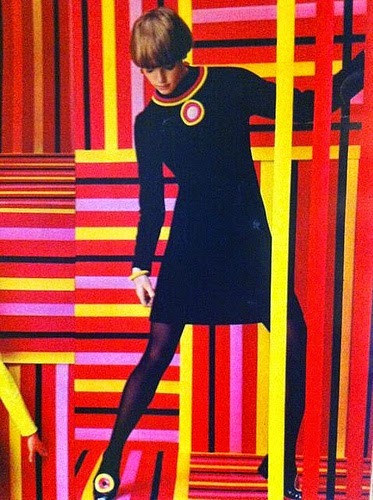