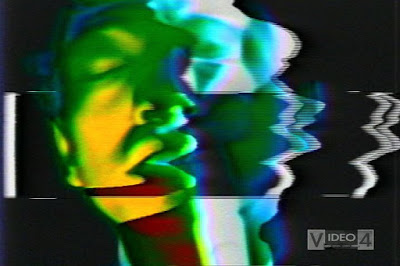 Oddball Films welcomes award-winning video pioneer Denise Gallant to our Cinema Soiree, a monthly soiree featuring visiting authors, filmmakers and curators presenting and sharing cinema insights and films. This show represents 40 years of video effects by Denise Gallant, continually using the Synopsis Video Synthesizer, an early analog synth, designed by Rob Schafer and built by Denise Gallant. The core concept of the Synopsis Video Synth was to be completely interactive with music, which was unique among early video synthesizers. It was also one of the first video synths to make use of the new ‘integrated circuit’ technology, which made the synthesizers much more stable, reliable and smaller, so that they could easily be built into small boxes and carried to live music shows. Gallant will be here in person to discuss the concept and design of the device as well as doing a Live Demo with the Synopsis Synth as well as presenting clips and videos from four periods of work with the Synopsis Synth.  1972-76: Early experiments in sound-controlled video and pre-video synthesizer clips.  1978-80: Live Video Effects at Clubs in San Francisco including video with Tuxedomoon, Indoor Life, Cabaret Voltaire, Group 87, The Humans, Daevid Allen of Gong, and a short interview with Brian Eno from Video West. 1980-86:  Live Video Effects and Edited videos with Suburban Lawns, Wall of VooDoo, Supertramp and selections from Billboard Award Winner “Watercolors” with music by Steve Roach.  Later works (1990+)  Video with dancer Tandy Beal, 1990 corporate work including ABC Elections, Denny Doherty of The Mamas and the Papas, Burning Man projects and NAMM TEC award clips of Eric Burdon and documentary of Slash of Guns & Roses. 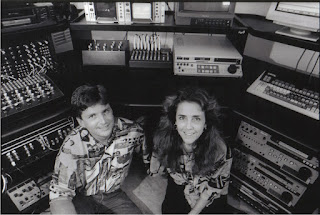 
Denise Gallant graduated from UCLA, doing early experiments in animation, and was inspired by the very early electronic films of John Whitney Sr., Stephen Beck and the animations of John and Faith Hubley. After graduating from UCLA, she met up with her long time friend, Rob Schafer, who at a very early age, was involved in his father’s company, Schafer Electronics, working with radio electronics.


During the summer of 1977, Denise went to NBC, where she edited news, and was most likely the first woman video editor in LA. 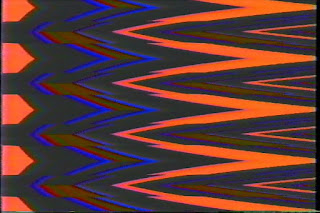 In 1980, Gallant formed “Synopsis Video”, where she immediately started doing early music videos for musicians in the emerging 'New Wave', Punk, and 'New Age' scenes, and later with groups with wide spectrums of music such as Devo, Tangerine Dream (from Germany) and Supertramp (with Renee Daalder from Holland), and music producer Kim Fowley. Her effects were also 'bought' by Grateful Dead for their live shows. Denise performed live at many clubs in LA, and was known as the first VJ at the time – in clubs such as the Country Club in Reseda and Club Lingerie (Visions) on Sunset Blvd. 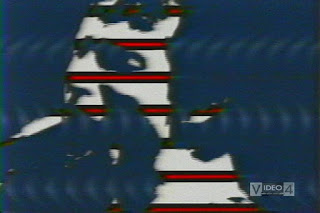 Simultaneously, Denise worked closely with the New Age musicians such as Steve Roach and Richard Burmer, along with visual laser artist, Brian Samuels, capturing these with a black and white video camera, which was then colorized and processed through the colorizer. Several years of this work (1980-84) were compiled into the 16 song video project, “Watercolors”, the first New Age Video on the Tower Records label, which also won a Billboard Music Video Award in 1986.

In 1984 Denise went to work for Image West, the first video special effects company in LA, where they created high end commercials, television station promos and logo designs, including work with the first video 3D system in LA. 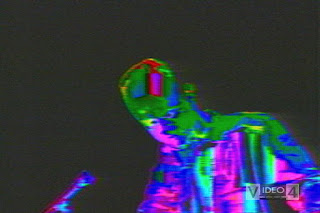 Denise Gallant left LA in 1986, and married Kevin Monahan, who worked with E-MU Music Sytems for 20 years, creating the first sound library for a music keyboard instrument – the Emulator. Denise worked as a Product Manager and Specialist at such companies as Chyron, CMX, Xaos Tools, Electo-GIG (Holland), and Distreet Logic-Autodesk (Montreal), including several high-end editing, compositing effects and 3D projects on the Silicon Graphics platforms.

Kevin and Denise are presently busy with video production and editing, most for notably the yearly TEC Awards show at the NAMM convention in LA. Denise continues to use the hundreds of hours of video effects for her more avant garde productions – video backdrops for dancers, musicians (including the TEC awards) and video sculptures of Burning Man.

About The Synopsis Video Synthesizer: 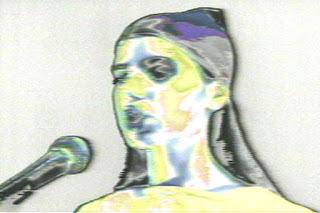 The video synth was originally designed and conceived at UCSC, through the Electronic Music Department, under Gordon Mumma.
The first video experiments included an early Moog Synthesizer, plugged into a TV, along with video feedback. Rob Schafer and Denise performed live shows with musicians creating visuals that interacted with electronic music.

The core concept of the Synopsis Video synth was to be completely interactive with music, which was unique among early video synthesizers. It was also one of the first video synth to make use of the new ‘integrated circuit’ technology, which made the synthesizers much more stable, reliable and smaller, so that they could easily be built into small boxes and carried to live music shows. 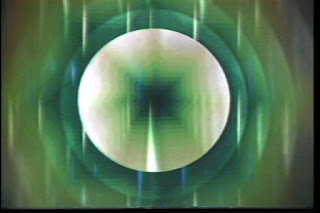 By 1979, they started building these designs on permanent circuit boards, inside of an Aries Synth cabinet.  The first modules included a colorizer, which was unique, as the controls were Luminance, Saturation and Hue, (LSH) rather then RGB.  This made the synth much easier to control in a 'live' concert situation. The colorizer also was designed with 720 degrees of color, rather then 360 degrees, which allowed the synthesizer to create beautiful rainbow hues.

Rob also designed several high frequency oscillators to create both horizontal and very fine vertical patterns in video, with triangle, square, and circle waveforms. The last major component of the core box was a Gentle Electric Pitch Follower, created by Carl Fravel. Through Kevin Monahan's connections with Carl, Denise built several of the modules to obtain the module, also built into the video synth.
The Pitch Follower allowed both pitch and amplitude of the music to interact with Hue, Saturation of Luminance, as well as all of the oscillator patterns. 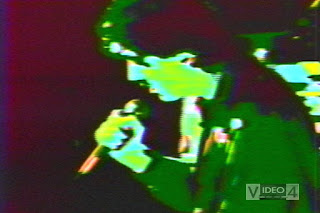 Rob went on to design an 8 level video keyer, which became the primary control module. This 8 level keyer has 12 inputs and 6 knobs per key, controlling video, oscillator or/and music inputs into LSU, as well as inverted signals. The final major piece of the synth was a very unique four level fader which elegantly blended video as a hard key all the way through to a fade, and all variations in-between. Kevin Monahan (of EMU electronic music systems) was also influential, helping with a live sequencer design.

The first uses of the synth were at live clubs in San Francisco (1978-79), as the synth was being built – primarily in clubs like Savoy Tivoli, The Stone, and The City on Broadway. Denise and Rob would bring the synth and set it up with video monitors on the stage. 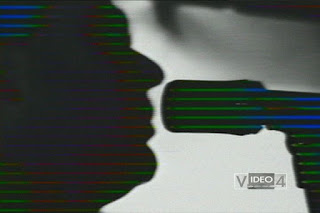