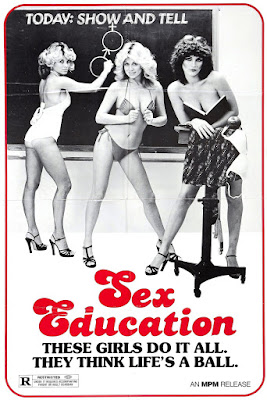 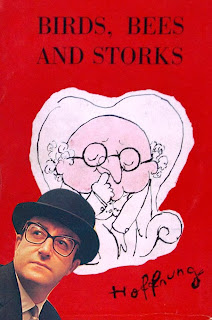 
Birds, Bees and Storks (Dir. John Halas, Color, 1965)
A father sets out to explain the facts of life to his son, but becomes increasingly embarrassed to the point where his explanations are so vague as to be incomprehensible. Inspired by Gerard Hoffnung's 1960 book of the same name, this is a delightful and all too familiar study of the embarrassed middle-aged British male, as a father attempts to explain the facts of life to his son but ends up delivering a monologue so packed with euphemisms about birds, bees and butterflies that it ends up being totally incoherent. Produced by the esteemed Halas & Batchelor Animation Studio, the visual style (inspired directly by Hoffnung's drawings) is simple in the extreme - for much of the film, we just watch the father squirming and blushing in his chair, which focuses our attention both on Peter Sellers' monologue and director John Halas' subtle visual characterization, all nervous tics and fidgeting.

Are You Ready for Sex? (Color, 1978)
Harvey Caplan, MD, a gentle, bearded man, guides teens through a discussion of sexuality. Featuring clips of scenarios between potential lovers with voice-over narration (should I? what will he think?), Caplan provides us all with a lot to think about before making the big leap. 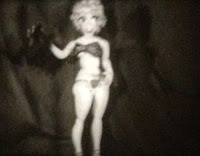 Doll Dance (B+W, 1940s)
A 1940s Burlesque tit for tat dance number with Arlene and Rene. Both ladies are lovely, only Arlene has someone pulling her strings.
How to Undress in Front of Your Husband (B+W, 1937)
An exercise in exhibitionism and the least titillating striptease ever starring Elaine Barrie AKA Mrs. John Barrymore (!) wife of the famed Hollywood legend. It's a wonder she was his last wife! 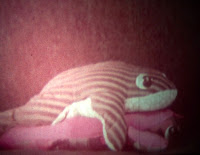 The Love Toad (1970, Color, Greg Von Buchau)
A comedic stop-motion animation featuring two amorous bean-bag toads that get it on and demonstrate a number of sexual positions, from missionary, to oral, to froggy style. From the sexually progressive Multi-Media Resource Center.

Orange (1970, Color, Karen Johnson)
A sensual rendering of the evocative act of peeling an orange. Extreme close-ups of hand peeling and gouging an orange and its flesh . Also from the Multi-Media Resource Center

A Quickie (1969, black and White, Dirk Kortz)
A couple meet for a quick sexual interlude, and when we say quick, we mean hyper-speed!

Busman's Holiday (B+W, 1940s)
"This motion picture is produced exclusively for study by artists" warns an intertitle, but something tells me this nudie cutie made its way to more than one stag party! The "story" centers around a lovely young lady who is not only a model, but a budding photographer as well. Thank goodness she's a bit of a klutz and ends up revealing a lot more of herself than her talent!

Stereoscopic Smut (B+W, 1940s)
Yes, you are seeing double!  It's double trouble in this unique piece of vintage erotica.  A lovely brunette undresses for the cameras.  Originally made to be viewed in a specialized stereoscopic viewer, this lovely lady won't be in 3D, but she's still got twice the goods!

Nudie Cuties from Seaside Films (B+W, 1940s)
Fannie with Cheeks of Tan, Tantalizing Torso
Two titillating tales featuring bikini-clad women and an over-the-top narrator. Shot over 60 years ago these risque shorts always feature women doing things that expose themselves like applying suntan lotion, trying on clothes and “getting comfortable” in the hot sun. A sexy and sexist look at the lighter side of eroticism in the 1940s.

The Birth Control Movie (Color, 1982)
Uses the format of a high school filmmaking class project of making a film on reproduction and contraception to present information on physiological processes and contraceptive methods and devices. There are rap-sessions, jam-sessions, uncomfortable conversations with parents about diaphragms and the meta-moment when the students all sit down to watch their film on a 16mm projector!