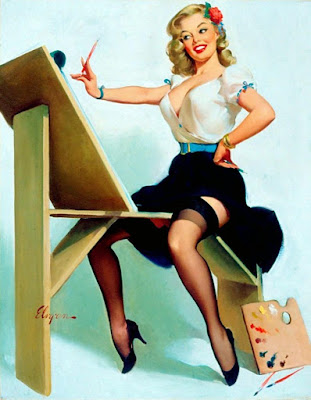 Oddball Films and guest curator Christina Yglesias present How to be an Artist. This mix of never before screened gems and oddball classics will include instructional art films, experimental weirdness, sexy sculptors, and meditations on the meaning of art itself. First, see if you have what it takes for a career in the arts with Art Talent Test (1950s) feauturing Michael Kent, "world-renowned talent scout". If you pass the test, move on to Sculpture: Process of Discovery (1975). Rock sculptor Norm Hines will wow you with his thoughtful process and his rock hard abs in this accidentally erotic film. Get a mini fantastical art history lesson with the lovely animated film Seven Arts (1958) in which adorable dinosaurs witness and take part in early humans discovering the arts. Things will get weird with Exquisite Corpse (assembled in 2012), a film created by Oddball audience members from scraps of disparate films. Go beyond the elementary with the funky and fun instructional film Crayon (1964). We'll keep things funky with Art from Found Materials (1971), where one man's trash becomes another man's ugly sculpture. Learn how to keep your paintbrushes happy with Care of Art Materials (1948), an adorable mix of imaginative animation and live action. Now that you've made it this far, get existential with What is Art? Art (1966). The evening will finish with a beautiful, entirely hand-painted film of mysterious origin Kathy's Museum Class (1970's, Color). Early comers will get to see a super-secret behind-the-scenes film. 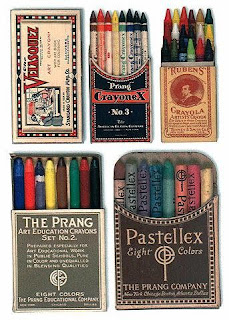 Exquisite Corpse (assembled in 2012, color & B&W)
Created collaboratively by Oddball audience members, this film is creates a lovely collage of various clips. Let this true exquisitite Corpse Film inspire you to get experimental.

Art from Found Materials* (1971, Color)
Find the inspiration to "make imaginative art objects: (aka: turn trash into ugly art) with this fun film with an even funkier score.

Care of Art Materials* (1948, B+W)
Bob Ross would love this cute and helpful film that is a mix of animation and live action, with an animated mouse instructor and brushes with sad faces. 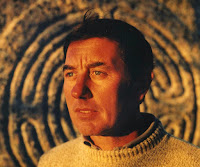 Sculpture: Process of Disovery* (1975, Color)
This look into the process of sculptor Norm Hines becomes softcore erotica in some of the moments when, as he says, "It's just me and the rock." He hauls stones from the quarry shirtless and glistening, oils up completed stone works, and blows minds with his thoughtful insights on process and art.

Seven Arts (Color, 1958)
The development of human culture by the first caveman, who, frightened by his own shadow, attacks it with his axe to create the first work of art. By accident, the first examples of architecture, drama, literature, and music come into existence. Adorable dinosaurs observe, enjoy, and participate in the developments. From Romanian animator Ion Popescu-Gopo.

This educational film for children will get us to stop thinking so hard about the title's question. Covering the elements of form, color, and texture- we see the wonder of art for arts sake.

Art Talent Test (Color, 1950s)
Michael Kent, “World-renowned Talent Scout” wants you to know that there are valuable careers in the arts, but only if you have the talent. We’ve all seen the ads from Art Instruction Schools in the back of magazines for decades. You may have even tried your hand at recreating that cheeky little turtle in a cap. Now, see an early-promotional film from the late 50's or early 60's and see if a career in the arts is for you. 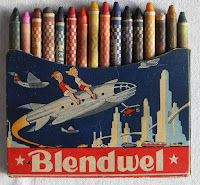 Crayon (Color, 1964)
Crayon is not afraid to go-go-go outside the lines . . . with a cool vibraphone score! Schoolroom auteur Stelios Roccos brings his vibrant style to an inspiring study of amazing crayon techniques from plain old coloring-in, to the melty fun of encaustic and batik. 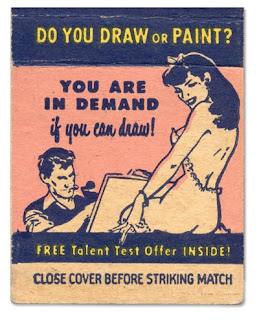