Noema (Color, 1998, Scott Stark)
NOEMA is philosopher Husserl's term for "the meaning of an object that is formed in the domain of consciousness." Pornographic videos are mined for the unerotic moments between moments, when the actors are engaging in an awkward change of position or when the camera pans meaningfully away from the urgent mechanisms of sex up to a cheap painting on the wall or the distant embers of a crackling fire. A piercing musical score loops endlessly throughout, and the repetitive and curious iterations of movement become furtive searches for meaning within their own blandness. 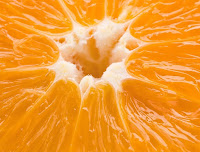 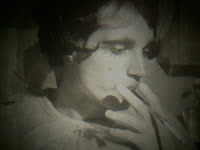 Dragzilla (B+W, 1966)
A hot-to-trot drag queen calls in a beefy repair-man to fix her stove. The service man gets far more than he bargained for!

Ego (Color, 1970)
In his stunning animated short, Italian animator Bruno Bozzetto unleashes from the subconscious of the domesticated man a psychedelic nightmare of chaos and desire. Beginning in conventional cartoon, the story descends into inferno through dazzling watercolor, optical printing, and pop imagery. Wild soundtrack by the ultra-lounge master Franco Godi! 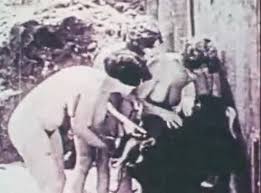 On the Beach aka Getting His Goat (B+W, 1923)
“Idylwild Beach where the men are idle and the women are wild”
From 1923, here’s one of the earliest stag films ever made starring Creighton Hale (from D.W. Griffith’s “Way Down East”). A man peeps through a knot-hole on a group of girls and gets more than he bargained for.

Feet (Color, 1970s?)
Scott’s Stark’s found roll of 16mm film made by what appears to be a foot fetishist. (Nothing sexual here, just strange, very strange.)

Friendless Faceless (not the real title, which is unknown)
(Color, circa 1970) Shot in San Francisco, this soft-core gay film features a lovelorn young homosexual who opts for a face change operation to embark on a new romantic life. Campy and poignant.

Speechless (Color, 2008)
Film by Scott Stark. Sound by Greg Headley. 3D photographs of human vulvae are animated and interwoven with surfaces and textures from natural and human-made environments. The genital images were taken from a set of ViewMaster 3D reels that accompanied a textbook entitled The Clitoris, published in 1976 by two medical professionals.

"Speechless is gorgeous, mysterious, hallucinatory.... This is a magnificent work, equal to, or even better than, Brakhage's sexual meditations." -- Gene Youngblood, author of Expanded Cinema.

"...the landscape textures, composition, and rhythm of the landscape layer really merged and created a meditative space for the power of the body, a part of the body that in all of its mystery has been sadly, sadly misunderstood and under acknowledged." -- Kerry Laitala

"...an ecstatic poem to the female genitals as the awe-inspiring, mythic symbol of the fertile, generative force in the universe." -- David Finkelstein, FilmThreat.com

Scott Stark:
Scott Stark has made over 80 films and videos since the early 1980s, and has created numerous moving image installations, live performances and photo-collages. He received an MFA from the San Francisco Art Institute and served on the Board of Directors of the San Francisco Cinematheque from 1984-1991. His work has shown nationally and internationally in venues as diverse as New York‚s Museum of Modern Art, the San Francisco Cinematheque, the Film Festival Rotterdam, the Tokyo Image Forum, and many others. His 16mm film Angel Beach was invited into the 2002 Whitney Biennial, and in 2007 he received a Guggenheim Fellowship. His 2013 film The Realist showed at numerous worldwide film festivals and was on several year-end "best" lists. His work has garnered numerous awards. He is the webmaster for Flicker (www.hi-beam.net), the web resource for experimental film and video since 1995. Scott divides his time between San Francisco, CA and Austin, Texas where he is co-director of Experimental Response Cinema (www.ercatx.org ).

Stephen Parr:
San Francisco archivist, imagemaker and curator Stephen Parr, founder of Oddball Film+Video has a long history of presenting and archiving the unusual. Since the 1970s Parr has produced and documented live performances of John Cage, Christian Marclay and The Ramones, screened his signature pop culture montages from the Danceteria in New York to the Moscow Cinematheque. He’s created found footage based films such as “Historical/Hysterical?’, “The Subject is Sex” and “Eurphoria!” which have screened worldwide in venues such as The Anthology Film Archive, Jaaga in Bangalore, South India and the Leeds International Film Festival. He curates an eclectic weekly film series-Oddball Films at his archive and is a frequent presenter at film and media seminars and symposiums. He is an active member of the Association of Moving Image Archivists.