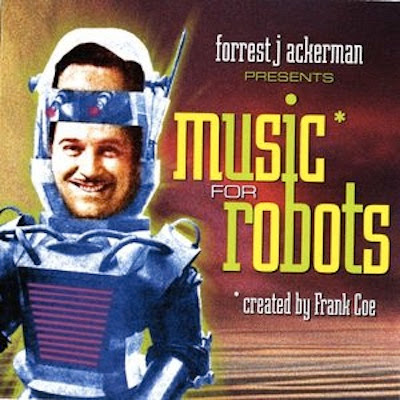 Oddball Films presents Art and the Machine: The Birth of Electronic Arts, a program of 16mm films from the 1960s-1980s on the advent of machine-made art and the impact on not only the art community, but the world at large.  From early computer animation to the strobe light art of Yaacov Agam and the machine-made sculpture of Jean Tinguely to the musical world of Moogs and Theremins, it's a night of invention, innovation and artistry. Bell Laboratories brings us Incredible Machine (1968) which previews the latest developments in computer-assisted imagery, electronic music, and voice processing.  Walter Cronkite explores the synthesis of art and technology in Art for Tomorrow (1969), featuring predictions for art in the future as well as a compendium of cutting edge artists of the day like Jean Tinguely, Yaacov Agam, Victor Vasarely, Wen-Ying Tsai, John Mott-Smith, all who use machines in their artwork.  Get in a moogy kind of mood with Discovering Electronic Music (1983) and groove along with the educational cartoon fairy tale The Pretty Lady and the Electronic Musicians (1972). Plus, a double-dose of early computer animation: John Whitney's Arabesque (1975), a legendary masterpiece of shimmering, oscillating waves set to the music of Persian composer Maroocheher Sadeghi and Peter Foldes' Hunger (1974), a metamorphic nightmare of greed, gluttony and lust. 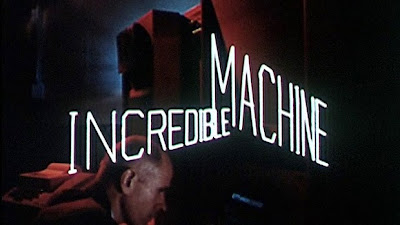 Featuring:
Incredible Machine (Color, 1968)
The crew from Bell Laboratories demonstrates novel uses of the computer in audio-visual communication research: computer generated graphics; computer-assisted design of an electronic circuit drawn with a light-pen on a cathode-ray tube; simulation of human speech and singing; and composition of music and of abstract or figurative color pictures and animation films.

Art for Tomorrow (Color, 1969)
“The artist is beginning to react to the impact of science and technology and beginning to come to terms with it. The artist better be rather careful or he will be losing his job and the engineer will become the artist of the future.” 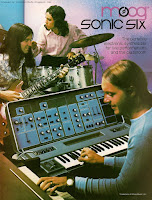 Discovering Electronic Music (Color, 1983)
An introduction to the synthesizers and computers used to create electronic music, including the legendary Fairlight CMI, one of the first sampling synthesizers used for pop music production. Directed by Bernard Wilets, a veteran educational producer and particularly known for his “Discovering Music” series. You'll get a crash course on a vintage modular synthesizer. Envelopes, sine waves, oscillators, filters, galore!

The Pretty Lady and the Electronic Musicians (Color, 1972)
A modern musical fairy tale that has a contrapuntal grain of truth.  In this light-hearted animated film two musicians compete for the same pretty lady by inventing and playing increasingly complex electronic instruments. From time to time the voice of the Grain of Truth interrupts to explain the electronic musical devices and techniques that produce much of the popular music of the 1960s and 70s.  Leo Theremin’s revolutionary instrument is shown and explained, avant garde "musique concrete" is demonstrated with tape recorders and the use of amplifiers to affect sound.  Other sound concepts like reverb, overdrive, feedback, fuzztones  are demonstrated.  This audio-orientation features and excerpt from the Hitchcock’s motion picture Spellbound utilizing the Theremin’s eerie sounds.The vintage demonstrations are a real treat for music gearheads.

John Whitney‘s Arabesque, is considered by many to be the seminal computer film.  Set to the music of Manoochelher Sadeghi, and created during a residency at IBM Whitney balanced science with aesthetics as he experimented with the eccentricities of Islamic architecture creating whirling, exotic flows of computer generated images. Arabesque was one of the first computer generated films that married technology and art is a focused, cinematic manner. Working with his early home-made computerized motion-control set-up, Whitney could produce a variety of innovative designs and metamorphoses of text and still images, which proved very successful in advertising and titling of commercial projects. He also did various commercial assignments including the title design for Hitchcock's feature Vertigo  (in association with Saul Bass), and the preparation (in association with Charles Eames) of a seven-screen presentation for the Buckminster Fuller Dome in Moscow. 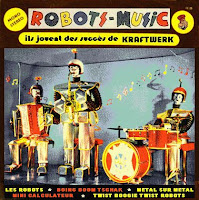