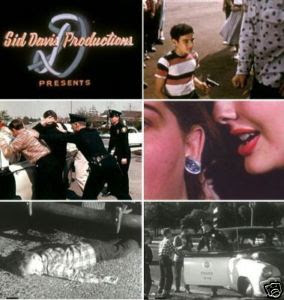 Oddball Films and curator Kat Shuchter present Learn Your Lesson from Sid Davis, the 37th in a monthly series of programs highlighting the most ridiculous, insane and camptastic educational films, mental hygiene primers and TV specials of the collection. This month, we are celebrating the career of the master of the educational scare film who would be turning 100 today. Sid Davis films were famously funded by an initial $1000 donation by John Wayne.  He went on to produce numerous classics of the educational scare film genre, priding himself by making each one for $1000- a miniscule amount even in its day. With sex, drugs, speeding, stranger danger and even puberty, this program touches on all of Davis' favorite topics.  We begin where he did, with The Dangerous Stranger (1950), about the threat of child molesters. Davis sold the film to police and schools, reaping $250,000 which he used to fund the rest of the treasures of the evening. Girls need to look out for creeps too in another stranger-danger short Girls Beware (1961).  Freak out on acid with the knee-slapping LSD: Trip or Trap? (1967) and mellow out with junior high pill-heads in Users-Losers (1971).  Sammy's got a need for speed that might turn deadly if he's not careful in What Made Sammy Speed (1957). Learn the ins, outs, outgrown shoes and all the changes in your body in You're Growing Up (1955) for the pre-pubescent set. Find out how stupid it was for Robert to give up on high-school in The Dropout (1962).  Plus more hilarious shockers in store! 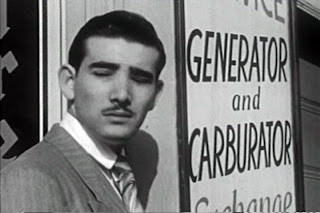 
The Dangerous Stranger (B+W, 1950)
The very first Sid Davis film, the one that started it all, this film was made with a $1000 loan from John Wayne. A young girl was abducted and murdered at the same time the pair were working together.  Davis suggested there should be a film for children to learn the dangers of strangers.  The rest is history.  This schlocky short lets little boys know that molesters are everywhere- and what to do if that nice man offers you a ride. One of Davis' favorite preoccupations was the murderous pedophiliac predator, a theme he revisited over half a dozen times from the 1940s-1980s. 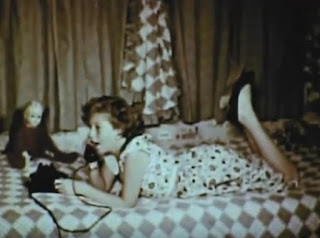 You're Growing Up (B+W, 1955)
Sid Davis takes on the growing child replete with homoerotic wrestling scenes and laughably erroneous "facts". "This film introduces the physical and emotional changes that happen as we grow from birth to early adulthood. While more subdued than most of the cautionary childhood tragedy films made by Sid Davis Productions, this film still features some of hallmarks Davis is known for - a baby in peril, cartoony illustrations superimposed over a scene to set the tone or establish the feelings of a character and a droning voiceover narration. Also, Jill, the adolescent girl doing the shoe stretching dance, is Sid Davis' daughter whose naivety about the dangers of the outside world led Sid to make his first film, Dangerous Stranger." - A/V Geeks' Skip Elsheimer. 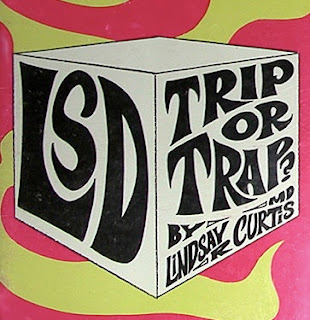 Users-Losers (Color, 1971)
Another great drug scare film about adolescent addicts – played by a cast that looks like they’re fresh out of middle school . Fresh-faced David hordes his lunch money and steals from his mom in order to buy red pills until he stumbles upon the corpse of girl who’s just overdosed. Rattled and disturbed, he then meets an older kid who gives him the lowdown on drugs and scares him straight. But – don't look now! – David’s little brother is now getting high. 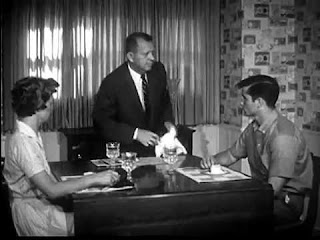 A Sid Davis classic that starts with a fatal crash, and then traces the tragic path that led a good boy to experiment with the latest thrill on the scene- LSD-25. Wild freak-out scenes and good kids pressured into drugs by misguided peers.


The Dropout (B+W, 1962)
Robert thinks he's got it all figured out.  He doesn't need high school; he's going to join the work force but keep his best gal and go right ahead and make a man of himself.  After he slams the door on his education, he begins to realize so many other doors are closing in his own face.  His girlfriend and him no longer have much to talk about, no employers are willing to hire a dropout and his dad's getting on his case about sleeping till noon.  Will Robert discover the world is kinder to folks with diplomas, or continue to squander his youth as a fast-food bus boy? 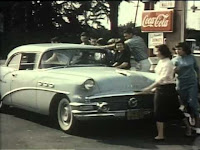 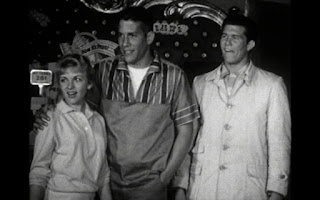 Girls Beware (Color, 1961)
This treat will teach you to keep your eyes out for predators. Awareness that sexual attacks exist is seen as a responsibility of growing up. Helps girls develop that awareness by showing typical situations that lead to danger and shows how to avoid them. From misplaced trust in a stranger to failure to follow safety precautions in a baby-sitting job to problems with someone already well known and trusted, four dramatized stories alert girls / young women to early danger signals in situations that go beyond the more common dangers of hitchhiking or walking alone at night. Concludes with the importance of reporting incidents to responsible adults. 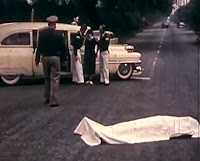 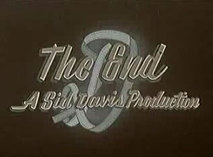 About Oddball Films Oddball Films is a stock footage company providing offbeat and unusual film footage for feature films like Milk, documentaries like The Black Panthers: Vanguard of the Revolution, Silicon Valley, Kurt Cobain: The Montage of Heck, television programs like Mythbusters, clips for Boing Boing and web projects around the world.Our screenings are almost exclusively drawn from our collection of over 50,000 16mm prints of animation, commercials, educational films, feature films, movie trailers, medical, industrial military, news out-takes and every genre in between. We’re actively working to present rarely screened genres of cinema as well as avant-garde and ethno-cultural documentaries, which expand the boundaries of cinema. Oddball Films is the largest film archive in Northern California and one of the most unusual private collections in the US. We invite you to join us in our weekly offerings of offbeat cinema.
Email ThisBlogThis!Share to TwitterShare to FacebookShare to Pinterest
Newer Post Older Post Home