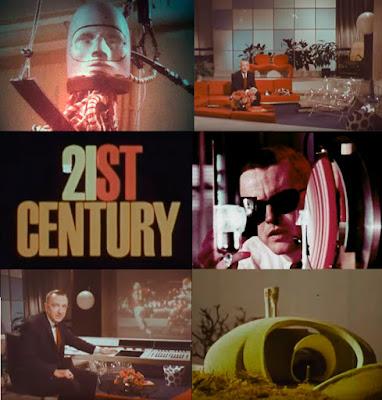 Oddball Films presents Future News: Walter Cronkite's 21st Century, a program of episodes and highlights from the short-lived CB$ News show The 21st Century hosted by the legendary Walter Cronkite from 1967-1969. The show was a spin-off of The 20th Century that focused on the possibilities for the coming century including advances in utopian ideals as well as technology like computers, lasers, robotics, machine-made art, and even predicting 3D TVs and the inflatable furniture trend. The program often featured visionaries, sci-fi authors, and scientists postulating on the future of work, design, and technology. In The Communications Explosion (1967), Cronkite explores satellites, laser beams and talking computers and envisions a very different kind of internet. In Stranger than Science Fiction (1968), he examines how closely science fiction has predicted and influenced the real world of science and technology. Art for Tomorrow (1969) showcases early experiments with computer art as well as the technology-based artwork of contemporary artists Jean Tinguely, Yaacov Agam, Wen-Ying Tsai and Victor Vasarely. In At Home 2001 (1967), the crew gets domestic and attempts to imagine the future of design and technology for the home. Plus, eye-popping excerpts of The Futurists featuring an interview with Buckminster Fuller, Man-Made Man with electrodes guiding robotic arms, Bats, Birds and Bionics with a dancing robot man, Games Futurists Play including role play utilizing creepy masks, The Computer Revolution with a psychedelic visualization of how computers work on the most basic level. See how close they came to predicting this century over 40 years ago. 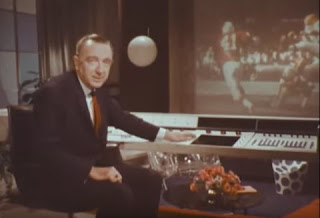 "The age of the communication satellite has just begun"
This episode explores the developments and prospects in communications in the 21st Century. Communication satellites, laser beams that transmit phone calls, and computers that diagnose illnesses, recite Shakespeare, and sing are just some of the way-out ideas of future technology explored in this episode. Sci-fi legend Arthur C. Clarke pontificates on the concept of phone numbers given out at birth that can track us throughout our lives.  Cronkite tours the information room of the future complete with a dozen or so individualized computers that feed you news, information, and pictures through each separate machine. Afterall, "in the 21st Century, your best friend may be a computer."

Stranger than Science Fiction (Color, 1968)
CB$ News and Walter Cronkite made time in a pivotal year of American history to finish this report on the technologies of the world and how closely they resemble visions of the future that had been previously erected. It includes a comparison of the epic film, “2001: A Space Odyssey” by Stanley Kubrick to the real world of science and technology. Does fiction come from reality or the other way around? The film features clips from Steampunk inspiration H.G. Wells’s film “War of the Worlds” (1953), “Things to Come” and Fritz Lang's dystopian silent epic “Metropolis”.

“The artist is beginning to react to the impact of science and technology and beginning to come to terms with it. The artist better be rather careful or he will be losing his job and the engineer will become the artist of the future.”

The Weird World of Robots (Color, 1968, excerpt)
Famed sci-fi author and futurist Isaac Asimov and Walter Cronkite investigate the strange and surreal world of robotics in the 1960s. Asimov advocates a race of “worker robots” to do the blue collar work for planet earth. Watch a robotic dog (Old Yaller), human amplifiers, a centaur and robotic machines designed to stimulate human responses to medical students. Later the “grave” questions are posed: “There is no question that man can live with the robot. The question is, can the robot live with man?” 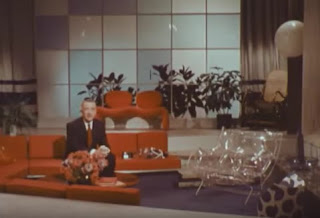 Walter Cronkite envisions the future for the home. An exploration of people’s lives and living conditions inspired the advancement of technology in the future, this jaw-dropping episode includes predictions for 3D TVs, paper furniture, robot butlers and more; some ridiculous and some eerily accurate. An episode of the 21st Century, a short-lived spin off of Cronkite's earlier news magazine The 20th Century.

Plus, eye-popping excerpts of The Futurists featuring an interview with Buckminster Fuller, Man-Made Man with electrodes guiding robotic arms, Bats, Birds and Bionics with a dancing robot man, Games Futurists Play including role play utilizing creepy masks, The Computer Revolution with a psychedelic visualization of how computers work on the most basic level.


Curator’s Biography
Kat Shuchter is a graduate of UC Berkeley in Film Studies. She is a filmmaker, artist and esoteric film hoarder. She has helped program shows at the PFA, The Nuart and Cinefamily at the Silent Movie Theater and was crowned “Found Footage Queen” of Los Angeles, 2009. She has programmed over 200 shows at Oddball on everything from puberty primers to experimental animation. 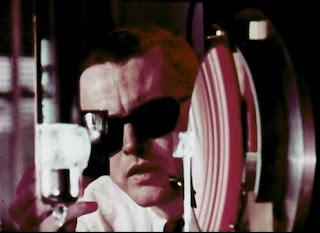