Oddball Films presents Strange Sinema 99, a monthly evening of newly discovered films, rarities and choice selects from the stacks of the archive. Drawing on his collection of over 50,000 16mm film prints, Oddball Films director Stephen Parr has compiled his 99th program of classic, strange, offbeat and unusual films. For Strange Sinema 99: Psycho Science Stephen Parr is featuring some of the most way-out and weird science films from the archive. Tonight’s program is anchored by the hilarious and bizarre Moody Institute of Science films, the Christian cult crackpot science company as well as other brilliant and bizarre examples of pseudo science in action. Films include Facts of Faith (1956, Color) featuring mind-blowing science experiments showcasing Dr. Irwin Moon, founder of the Moody Institute Moon running thousands of volts of electricity-god’s creation though his entire body!, Blind as a Bat (1956), the Moody Science bat truck goes on location to study the secrets of bat navigation (an Oddball favorite!), The Electric Eel (1954), in which an unhinged Dr. Irwin Moon shocks his employees with “eel” science, Slow as a Sloth (1954) features more mammal abuse experiments –this time with sloths and a loaded pistol! The program also features Sun Healing: The Ultra-Violet Way with Life Lite(1930s), a jaw-dropping forerunner of the infomercial, pitches an ominous health device that's "safe" to use on your own children, and The Mouse Activated Candle Lighter (1973), a bizarre Rube Goldberg inspired device quirks us out. Noir and B-movie legend Edgar G. Ulmer brings us a tale of tuberculosis for the kiddies with an animated TB bug in Goodbye Mr. Germ(1940). Find out what happens when your vision is flipped upside down (and you're paid to live like that for two weeks!) in the imported short Living in a Reversed World (1958). Plus! Rare clips from the 1950s B+W kinescope of Science in Action shot at the California Academy of Sciences including the Animal of the Week! 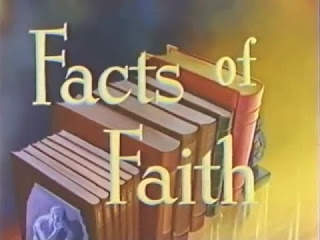 Blind as a Bat (Color, 1956)
The Moody Science bat truck goes on location to study the secrets of bat navigation. Their in-house mammal abuse experiments show us the science of bat radar. An Oddball screening favorite.

The Electric Eel (1954, Color)Dr. Irwin Moon - part showman, part scientist, part crackpot religious nutcase shows us the electric eel and demonstrates its amazing abilities to shock fish for food and to use "radar" to find them. Don’t miss the scene where he illuminates a florescent light tube using his eel then jolts his staff with electrodes attached to the deadly fish!

Dr. Moon presents different breeds of sloths with the help of his lab-coated assistant.  The duo explain interesting facts about sloths and attempt to elicit reactions from the animals by petting their fur the wrong direction, poking them with sticks and other "scientific" methods-including a loaded pistol!

Sun Healing: The Ultra-Violet Way with Life Lite (B+W, 1930s) Quack science in all its glory, this long-form commercial from the 1930s was produced by Ultra-Violet Home Products Inc (out of Los Angeles, surprise, surprise) and demonstrates an ‘amazing’ new product – a handheld quartz instrument that will blast you the ultraviolet light you’re supposedly missing out on by being indoors. Watch it cure diseases of all kinds while starting new ones! 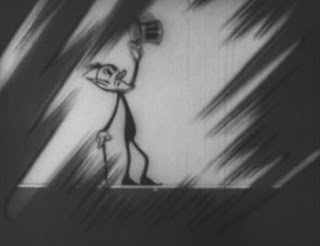 Goodbye, Mr. Germ (B+W, 1940 Edgar G. Ulmer)
A mixed animation/live-action TB scare film from legendary directed Edgar Ulmer.  This antiquated campfest features actor (and sometime director) James Kirkland. Kirkland is the doctor (or scientist) father of two youngsters. He imagines inventing a radio that can hear germs speak, and that he can understand their language. Most of the film features Kirkland talking to a animated tuberculosis germ (he views through his microscope) as they discuss how TB is transferred from one person to another, how the body fights it, and how it can live dormant for years in a person's body waiting for a moment of physical weakness that allows it to escape. Kirkland then tells the germ that they've been able to discover "him" in the body now, which is then verified with an X-ray. 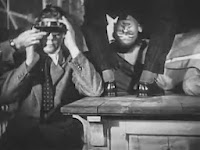 
An excellent re-rending of our external visual environment, directors and vision specialists Ivo Kohler and Theodore Erismann stitch the viewer into a weird world of screwy visual illusion and corky dystopia via the use of optical illusions.

About the Moody Institute of Science

Dr. Irwin Moon got his start In 1938 when he began traveling as a full-time as evangelist demonstrating his “Sermons From Science” under the auspices of The Moody Bible Institute. The next year, with the help of businessmen from San Francisco, a SFS pavilion was built at the 1939 San Francisco World's Fair. For nine months, Moon presented up to eight demonstrations each day, seven days a week. The crowds were so large that demonstrations began hours prior to the scheduled time because early arrivals had filled the auditorium while others waited outside. With more than two tons of equipment, most of it homemade, Moon performed such wonders as frying an egg on a cold stove, lighting a bulb on his bare fingers, and allowing one million volts of electricity to smash through his body. Following the presentation he asked, "Can you believe these miracles are the result of chance or accident? Or are they part of a divine pattern?"

In 1945 The Moody Institute of Science was founded with a two-pronged evangelistic approach incorporating films and live demonstrations. Operating on a shoestring budget, The Moody Institute of Science staff would remodel war surplus material and invent and build the equipment to perform live demonstrations and produce films. More than 6 million people have seen their live demonstrations at the 1939 San Francisco World's Fair, the 1964-65 New York World's Fair, the 1967 Montreal World's Fair and many more fairs and expositions. Their classroom science films were marketed to schools and churches across the United States and their biblical subtext hit the viewer over the head with the proverbial hammer of faith, far predating today’s “debate” over “intelligent design”.

About Oddball Films
Oddball Films is a stock footage company providing offbeat and unusual film footage for feature films like Milk, documentaries like The Black Panthers: Vanguard of the Revolution, Silicon Valley, Kurt Cobain: The Montage of Heck, television programs like Mythbusters, clips for Boing Boing and web projects around the world.
Our screenings are almost exclusively drawn from our collection of over 50,000 16mm prints of animation, commercials, educational films, feature films, movie trailers, medical, industrial military, news out-takes and every genre in between. We’re actively working to present rarely screened genres of cinema as well as avant-garde and ethno-cultural documentaries, which expand the boundaries of cinema. Oddball Films is the largest film archive in Northern California and one of the most unusual private collections in the US. We invite you to join us in our weekly offerings of offbeat cinema.