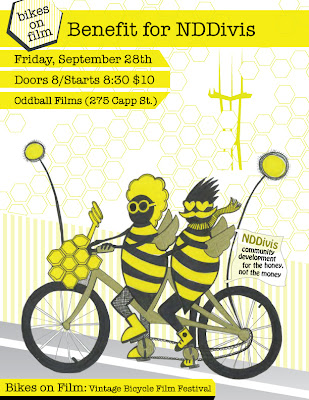 Oddball Films and NDDivis present Bikes on Film: Benefit for NDDivis, a free-wheeling evening of vintage bicycle films to benefit saving the historic Harding Theater.  Neighbors Developing Divisidero is a non-profit organization that is currently fighting to save the Harding Theater from being demolished and condo-ified.  To help in their efforts to save our collective cinematic and community history, Oddball opens it’s doors and screen to bring you a fun evening full of films about bike safety, maintenance, history and more. See the legendary One Got Fat (1963) with children dressed as monkeys attempting to bicycle to a picnic without ending up in traction, and watch real monkeys ride bicycles with Marquis the chimp and family in Monkey Tale (1952).  Join Bill Cosby as he demonstrates all the ways that Bicycles Are Beautiful (1974).  Visit Copenhagen: The Bicycle City (1955) and see youngsters transform their bicycles into works of art from Industry on Parade (1954).  Get a slapsticky look at the history of bikes while following one youngster across town in Just Like A Car (1972) while Sid Davis teaches us How To Protect Your Bike (1973).  With snacks from Malaysian bike-powered food cart MamaKSF.  Whether you like bikes, want to save Historical buildings or just like a campy night with great folks, make sure you come on down to support NDDivis. 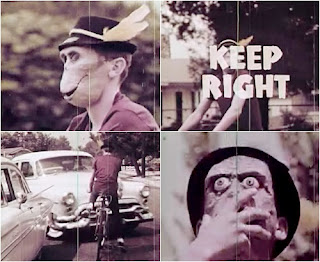 
One Got Fat (Color, 1963)
Bizarre/legendary bike safety film- 10 young cyclists acting like monkeys (wearing masks and tails!) head to a city park for a picnic. 9 out of 10 makes a bonehead mistake and suffers a major accident- all but one, who reaches the park and... Here’s how a few of the characters meet their demise: 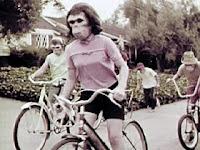 1.Tinkerbell ("Tink") McDillinfiddy forgets to watch out for a stop sign, and is hit by a large truck.
2. Phillip ("Floog") Floogle rides on the left...POW!
3. Mossby Pomegranate’s bike is stolen, police can’t find it because it wasn't registered, as a result of running between one and nine blocks, his feet arches collapse.
4. Slim Jim ("Slim") Maguffny and Trigby Phipps ride double, due to Trigby's lack of vision because of Slim blocking his head, he steers right into an open manhole covering. Find out Friday the fate of the others! 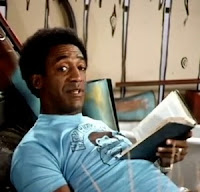 Industry On Parade (B+W, 1954) Segment from the TV serial entitled “Saving Young Lives!” showing a parade of youngsters who have transformed their bikes into crazy works of art- stoplights, tanks, hearses and more. 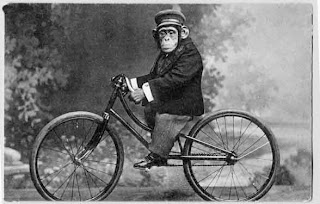 Monkey Tale  (B+W, 1952)
Produced by the New Zealand National Film Unit for their national Transport Department, this bike safety film features “Marquis the Chimp and Family” as they really monkey around on their bikes!

Copenhagen: The Bicycle City (B+W, 1955)
Warner Pathé newsreel portrait of the famous bicycle city of Copenhagen- is San Francisco next?

Just Like A Car (Color, 1972) Superior bike safety film utilizes lots of historical footage from early slapstick films as a boy attempts to cross town safely on his killer Raleigh Chopper. Could this be the inspiration for Walter Hill’s 1979 film “The Warriors”??? 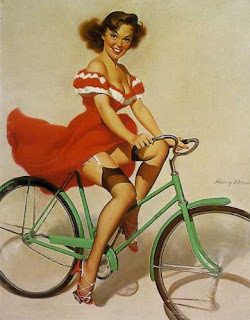 I Like Bikes, But… (Color, 1977)
Super-70s dork fest follows little Lisa as she grows from a pig-tailed young bike rider to feather-haired teen driver. A General Motors driver’s ed film about sharing the road.

How To Protect Your Bike (Color, 1973)
Kooky film by the legendary Sid Davis about protecting your precious chopper from thieves, made with the cooperation of the Santa Monica PD.  Filmed on and around the Venice Board Walk in Santa Monica, the wily thief (played by an unknown character actor who’s played the heavy in hundreds of 70s TV shows and movies).  Learn all the tricks!

About NDDivis
Neighbors Developing Divisadero (aka NDDivis) is a California nonprofit public benefit corporation founded in 2012. The mission of NDDivis is to support inclusive, enriching, and sustainable development with a focus on the Divisadero Corridor and surrounding neighborhoods.  Click on the link to learn more about NDDivis and their project to save the historic Harding Theater from demolition.
http://nddivis.org