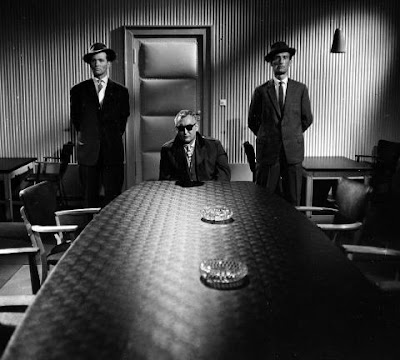 Oddball Films welcomes back Author and Film Historian Jim Morton for our Cinema Soiree Series, a monthly soiree featuring visiting authors, filmmakers and curators presenting and sharing cinema insights. Film historian and editor of ReSearch’s Incredibly Strange Films, Morton has turned his attention to the films of East Germany and discovered that they are every bit as odd as anything from the West. He will be at Oddball Films for one night only to discuss the films of the former German Democratic Republic, with clips from some of his favorites. Some of these films have not yet been released in United States. Some may never be. Here’s your chance to see what was going on behind the Berlin Wall. Morton's previous soiree sold out, and he's finally returned with a second helping of all new weird and wonderful clips. This time he is taking on genre films in the GDR, with all-new clips of everything from westerns to musicals. Here’s the story of the topsy-turvy world of red westerns where the Indians are the good guys, and spy films, where the United States plots world domination. Learn the tragic story of Dean Reed, the American pop singer who become known as the “Red Elvis”; discover the secret world of underground filmmaking that flourished beyond the reach of the government. The classic film genres of musicals and film noir are also revisited in all new clips. Selections include the musical No Cheating Darling (1972), the Western Blood Brothers (1975), spy flic For Eyes Only (1963), the Film Noir The Story of a Murder (1965), bizarro children's fantasy The Tinderbox (1959), the juvenile delinquents of Berlin, Schoenhauser Corner (1957), punk documentary Winter Adé and the rare underground piece Konrad, the Mom Said. If you’re not familiar with the strange world of East German cinema, you’re in for a treat. 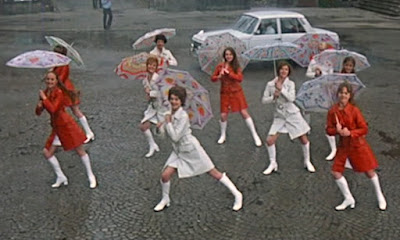 Musicals
No Cheating Darling (Color, 1972)
More singing and dancing from behind the Iron Curtain*

Westerns
Blood Brothers (Color, 1975)
East Germany made westerns, just like we did, but in East Germany, the Indians are the good guys and the cowboys are the bad guys.* 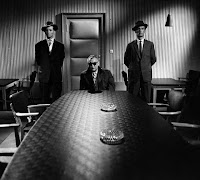 Spy movies
For Eyes Only (B+W, 1963)
Likewise, the East Germans had there spy movies. They were more realistic than the Bond films, and Stasi agents were the good guys.

Film Noir
The Story of a Murder (B+W, 1965)
East Germany only made a few films that could be considered film noir, but they are all great, and make West Germany seem like a very seedy place.* 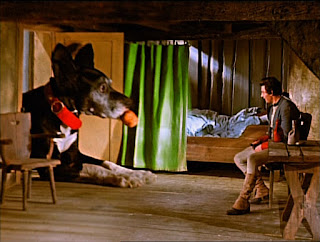 Children's Films
The Tinderbox (Color, 1959)
Fairytale films were East Germany's cash cow, because they followed the original fairytales closely, the West allowed them, and some were even shown in the United States. This is one of those films.

Animation (2 examples)
Although there were a few longer of animation using stop-motion, I'll be showing two cartoon shorts aimed at adults.

Berlin, Schoenhauser Corner (B+W, 1957)
During the fifties, JD films were all the rage in the United States, Britain and West Germany. East Germany also had its own variations on this. 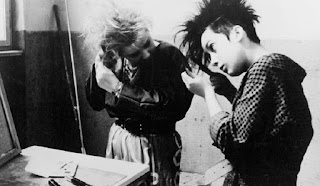 Most of these were safe, party line films, and in some cases, intentional propaganda, but this film has a dark side.

Underground
Konrad, the Mom Said
Believe it or not, there were also underground films, made by rebels and punks who tread the edges of society in East Germany, much like the underground artists in the West. These films are experimental and range from weirdly fascinating, to unwatchably self-indulgent. This is one of the better ones.

*Film has not been released in the USA
About Jim Morton:

Jim Morton has written extensively on the subject of forgotten or unusual films. His work in "Re/Search #10: Incredibly Strange Films" helped redefine film criticism and its concepts of good and bad cinema. He has contributed essays to several other film books, including "Lost Highways" (Jack Sargeant and Stephanie Watson), "Sex and Zen and a Bullet in the Head" (Stefan Hammond and Mike Wilkins), and "Land of a Thousand Balconies" (Jack Stevenson). Currently he is working on a book about East German Cinema, and is the author of a website (http://eastgermancinema.com) devoted to the subject.