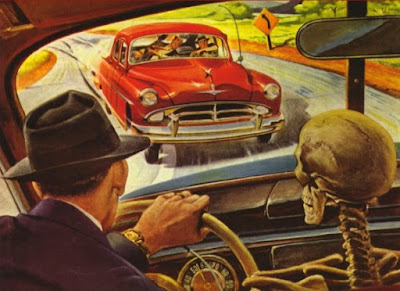 Oddball Films and curator Kat Shuchter present Learn Your Lesson Plays in Traffic: The Bloody Road to Shockucation, the 40th in a monthly series of programs highlighting the most ridiculous, insane and camptastic educational films, mental hygiene primers and TV specials of the collection. This month we're heading out on the highway to hell with a truckload of gory and kitschy pedestrian and driver safety scare films from the 1930s - 80s including tons of new discoveries from the archive. There will be dolls flying through windshields, little boys in pantaloons, animated drunk driving foibles, an appearance by Raymond Burr, and (of course) blood on the highway! Films include Signal 30 (1959, excerpt), the notorious driver scare film from Dick Wayman and the first to feature footage of real accidents. Industrial film giant Jam Handy and General Motors team up for Safety Patrol (1937) featuring an annoying school crossing guard and his bff, a 65 year-old police sergeant (who lures him underground). Look Alive! (1961) with your host Raymond Burr as we see the POV of a victim of a pedestrian accident. Dad gambled with his life and lost in the melodramatic Technicolor cheesefest Anatomy of an Accident (1962) from Jerry Fairbanks (the man that previously brought us singing bears and harem dogs from the Speaking of Animals series). See a history of drunk drivers through the ages in the short animation A Snort History (1971). A little girl's doll gets the crash-test dummy treatment in the ridiculous Safety Belt for Susie (1962). Boozed up test subjects hit a staged parking lot and tons of ludicrous driving is documented in Alco Beat (1965). And for the early birds, a 24 year-old Scott Baio plays a high school senior with a bright future, but a bad habit of drinking and driving in the CBS Schoolbreak Special All The Kids Do It (1984, directed by Henry "The Fonz" Winkler). So drive on down to Oddball and learn your lesson. Everything screened on 16mm film from our stock footage archive. 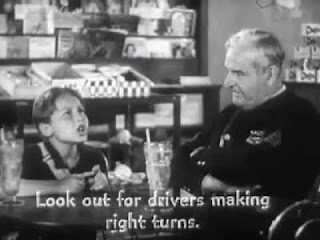 
Safety Patrol (B+W, 1937)
"Women are often careless that way"
An early pedestrian safety film from Jam Handy - the masters of the industrial film - and brought to you by General Motors. This corny short was filmed in the center of 1930s auto-production: Detroit. Little Pete, a young boy on the safety patrol (and possessing an adorably thick Detroit accent) goes for a walk with a police sergeant and won't stop yacking about how poorly grownups follow safety rules on the road, even when the police officer lures him to an underground tunnel and buys him a soda. Keep your eyes peeled for little boys in pantaloons! 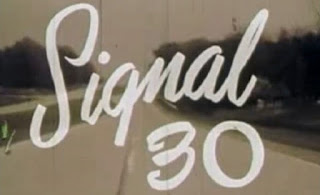 Signal 30 (Color, 1959, excerpt)
"The sickening, stiff, charred mass that was a man is removed"
The original shockumentary traffic safety film from the king of the highway bloodbath - Richard Wayman.  Wayman's most tame film and his first, this was the precursor to such films as Red Asphalt, and the first to use real life (and death) footage from actual car crashes, not just reenactments. To take a breather from the bloodbath, learn how the Ohio State Highway Patrol trains for their job and learns to deal with a "signal 30" - the code for a highway fatality. Due to the graphic and depressing nature of this film, we will only be screening a portion of the total half hour film. 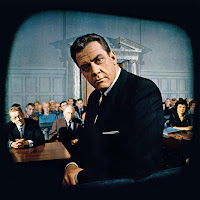 Look Alive! (B+W, 1961)
Produced by the US Department of Health Education and Welfare as a Public Service, this oddball traffic safety film places the camera in the eyes of our unseen narrator, a businessman in a hurry to get to an appointment who becomes involved in a vehicular accident. Odd camera angles and a “you-are-there” point of view make this disjointed scare film more creepier than anything else. With an introduction by Raymond (“Perry Mason”) Burr. 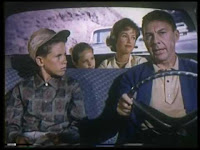 Anatomy of an Accident (Color, 1962)
From cheese-master Jerry Fairbanks comes this stylish, melodramatic Technicolor scare film. John, a well-dressed ghost comes home to find his wife selling off all their belongings then relives the tragic events that led to his death in a terrible automobile accident (destroying a beautiful Ford Fairlane). Oh the irony that he was a telephone company driving safety supervisor! Starring veteran actors David Wayne (Andromeda Strain, Adam's Rib) and Phyllis Avery (Ruby Gentry) and directed by LeRoy Prinz.

Alco Beat (Color, 1965)See what happens when test subjects are loaded up on booze and let loose behind the wheel on a test course! Sponsored by the INdependent Insurance Agents of Northern Nevada for teen drivers.

This time Baio’s a bit too old to be a teenage boozer who misses the diving competition after he wrecks his bitchin’ vintage ride. Directed by Henry “The Fonz” Winkler, All The Kids Do It is above average for a CBS Schoolbreak Special was and the killer soundtrack features The Plimsoles (Lie, Beg, Borrow and Steal) and Peter Gabriel (Shock The Monkey).