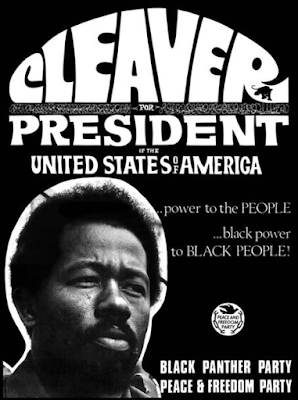 Oddball Films presents Revolutionary Black Voices, an empowering and entertaining evening of 16mm film rarities documenting the history and enduring legacy of the Black musicians, poets, revolutionaries, protestors, and artists that stood up and sung out to change the world. Watch the Black Panthers (including Angela Davis and Eldridge Cleaver) protest, lay down their demands for a fair and just country, and even see Huey P. Newton speak from the Alameda County Prison in the radical and slightly experimental "Newsreel" Off The Pigs! (1969). In James Brown: The Man (1974), "Mr. Dynamite" discusses his rise from the slums to the top of the charts, as well as his dreams for the Black community - including an all-Black currency known as "brown and black" stamps.  In Protest: Black Power (1975), view the struggles, set-backs and triumphs of the Black Power movement with footage of Stokely Carmichael, Malcolm X, Muhammad Ali, and Martin Luther King. In The Weapons of Gordon Parks (1965), the famed LIFE photographer describes the camera as his weapon of choice against a hostile and bigoted America. Hey Cab! (1969), based on the life of Bob Teague shows one Black man's difficulty in even the simplest task of hailing a taxi on a rainy night. "The Princess of Black Poetry" recites her poetry and relates it to the Black and Women's rights movements in a segment of Spirit to Spirit: Nikki Giovanni (1986). Plus, a dance number from The Alvin Ailey Company, Fats Waller provides a delightfully wacky musical break with the Soundie Your Feet's Too Big (1949), Count Basie and his Orchestra perform Take Me Back Baby (1949), Cab Calloway brings us The Blowtop Blues (1945) and Nina Simone gives us a rare performance of To Be Young, Gifted and Black (1970s). Early birds will get a taste of Aretha Franklin, Soul Singer (1968) which captures the Queen of Soul as a singer and musician in the whirl crossover stardom and also as an artist questing to find the truest expression of her gifts. All films screened on 16mm from our stock footage archive. 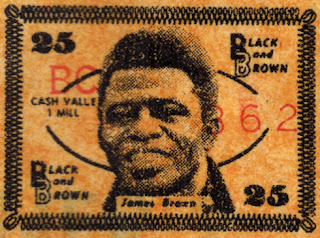 James Brown - The Man (Color, 1974)
A rarely seen documentary focusing on the man, his career and his philosophy. From his own background as a drifter and convict to his many successful businesses-including his James Brown "Golden Platter" soul food restaurants to his "Brown and Black" trading stamp venture this film paints a portrait of Brown as Black activist and community leader. Riveting performance clips are interspersed with Brown's message to youth: "Don't hate-communicate", still applicable today. 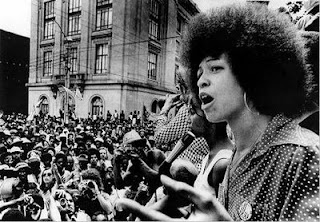 Off The Pigs! (B+W, 1969)
This film, produced by Newsreel, (a series of radical, cooperatively run, decentralized film collectives organized in 1967) documents the Black Panther movement in Oakland in the late 1960s in an experimental and explosive way. Huey P Newton speaks from Alameda County Prison about the prime objectives of the Black Panthers ideology as Angela Davis and Eldridge Cleaver take to the streets in protest of the same things people are fighting for now-almost 50 years later. A sobering reminder that we haven't come as far as we thought and the age-old adage of repeating history. 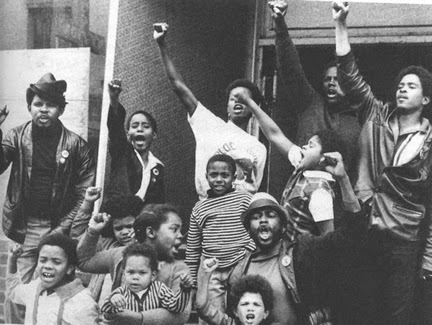 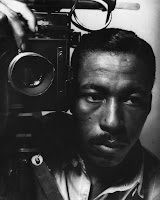 Weapons of Gordon Parks (Color, 1965)
"My mother had freed me from the curse of inferiority long before she died by not allowing me to take refuge in excuses that I had been born Black ... when I think back to my years as a pullman car waiter, flophouse porter, piano player, in a hotel at sixteen ... I know what I think I don't want for my children or their children ... I can only hope that the weapons they choose will be tempered with love instead of hatred." - Gordon Parks

A LIFE profile of iconic American photographer Gordon Parks, a groundbreaking American photographer, musician, poet, novelist, journalist, activist and film director. He is best remembered for his photo essays for LIFE magazine and as the director of the 1971 film Shaft.

The "Princess of Black Poetry" Nikki Giovanni reads her poetry and relates it to her life experience with the civil and women's rights movements with stylized and lyrical visuals.

Hey Cab! (Color, 1969)
This short film demonstrates the everyday racism that pervades our society through the simple story of a Black man trying to hail a taxi on a rainy New York night. Based on the real life experience of football star Bob Teague in his book "Letters to a Black Boy". 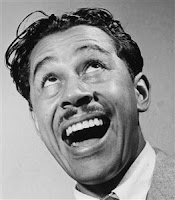 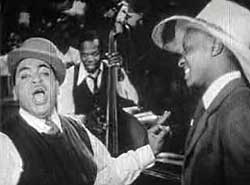 Fats Waller in “Your Feet’s Too Big”
Fats sings about how his feet are too big to dance as he demonstrates how that is a problem on the dance floor.

Count Basie Orchestra in “Take Me Back, Baby”
Count Basie's legendary jazz/big band orchestra that lasted over 50 years from its founding in the mid-30s to Count Basie's death in 1984. One of Basie's saxophonists day dreams about winning back his lady love.  Vocals by Jimmy "Mr. Five by Five" Rushing. 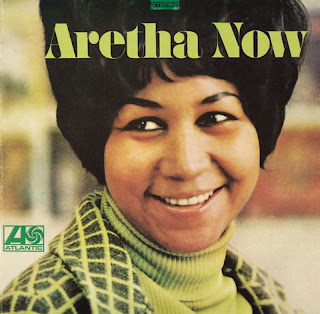 Aretha Franklin, Soul Singer (Color, 1968)
Whether Franklin is harmonizing with her brother in her father’s Detroit church or working out a new composition of her sister’s in the studio, it’s clear that music is a family matter with the Franklins. But when you’re the Queen of Soul, roots spread even wider: when February 16, 1968 is declared Aretha Franklin Day, Rev. Martin Luther King, Jr. is among the well-wishers. Along with electrifying performance footage, we are also treated to intimate moments such as a living room dance practice with her backup singers and demonstration of various gospel and jazz piano styles. Song highlights include You Make Me Feel Like A Natural Woman, Chain of Fools and of course Respect.