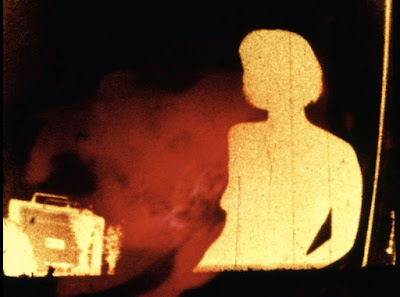 Oddball Films welcomes artist, musician, and filmmaker Zach Von Joo for our Cinema Soiree Series, a monthly soiree featuring visiting authors, filmmakers and curators presenting and sharing cinema insights. This month, Zach Von Joo will be joining us on the Oddball Cinestage presenting several of his recent films in tandem with evocative works from the archive that resonate on similar film frequencies. Von Joo's approach to filmmaking ranges from the hyper-kinetic to the pensive and dreamy with an ethereal feeling of other-timeliness and vintage nostalgia. Von Joo utilizes a variety of cinematic techniques and mediums to achieve his multi-layered cine-poetry including shooting in 8mm, 16mm, and video and using optical printing, hand processing, superimposition, kaleidoscopic editing, and digital manipulation. His work has been screened at the San Francisco International Film Festival, The Roxie and Secret Alley, and now he's taking on Oddball with a slew of secrets to experimental filmmaking. The evening's films include Empire Row, a hyper-speed survey of condo-culture intermixed with found footage of glamourous showgirls and ballet dancers, Behold! featuring a barrage of thousands of still images cultivated from 16mm film (many from the Oddball collection) over a period of years, The Bells of Spring, a film which draws upon kitsch, ritual, and religion with a soundtrack composed of the gentle ringing of church bells, and Bequeath the Heart, a personal film of uncovering the secrets of the past and establishing connections with the departed.  16mm selections from the archive include Kenneth Anger's semi-Satanic cinematic ceremony Invocation of my Demon Brother (1969), Arthur Lipsett's Very Nice, Very Nice (1961), a culturally disruptive montage of still images and his first film nominated for an Academy Award, Caroline and Frank Mouris' Oscar-winning Frank Film (1973) is a stunning stop-motion collage animation of nearly 12,000 images cut out of magazines, and Ken Rudolph takes us through the history of Art in eight pulsing minutes in Gallery (1969) with electronic music sound score by Clockwork Orange composer Wendy Carlos.

Empire Row
A ritualized film designed to rewrite the nightmare (then and now) invading the Bay Area. Empire Row began as a sequence of still frames of the most dehumanizing architecture one could find in San Francisco. Through optical printing, hand processing and digital manipulation, the filmmaker embedded kinetic images of beauty, glamor and destruction into the framework of stop-motion architecture. The result is a ritual film in which the depressing uniformity of condos and projects is subsumed and transformed in a fiery comet of beauty. Martin Rev was chosen for the soundtrack for its trance-inducing sense of urban drama.

Behold!
A swarm of ephemera. A barrage of thousands of stills taken from 16mm film, many having passed through the doors of Oddball Films.

Bequeath the Heart
Personal history reassembled through lines of sight and the alchemical miracle of optical printing.  “Blood is scrutinized through time. My father’s gaze and mine are bound together using optical printing and hand processing. Time changed to steam and a new essence extracted.”

About the Artist:
Zach Von Joo is a visual artist, writer, musician, filmmaker and shy person.  His films have screened at the San Francisco Underground Film Festival, The Roxie, The Secret Alley and occasional exhibits in back alleys, driveways and other somewhat less conventional spaces. Von Joo spent many years as a touring musician and underground artist in Portland. He holds degrees in Cinema and English Literature. Somehow or other he manages to keep the wolves at the door.

16mm Films From the Archive:

Gallery (Color, 1969)
The fastest Art History course you’ll ever take. A pulsing, speedy slideshow of some of the most important pieces of art, shown chronologically from DaVinci to Dali. With a Moog soundtrack by infamous Clockwork Orange composer and synth Goddess Wendy Carlos. Directed by Ken Rudolph.

The film is described by notorious avant-garde filmmaker Kenneth Anger as “An assault on the sensorium” features“underworld powers gathering at a midnight mass to shadow forth Lord Lucifer in a gathering of spirits”. Invocation is a quintessential late 1960 freak-out, containing a montage of drug use, pagan rituals, an albino, stock footage of the Vietnam War, the Rolling Stones in concert and abstract imagery all played  back at various speeds. The film is accompanied by a repetitive, droning Moog musical score created by Mick Jagger. In the words of avant-garde film critic P. Adams Sitney “It is Anger's most metaphysical film: here he eschews literal connections, makes images jar against one another, and does not create a center of gravity through which the collage is to be interpreted... the burden of synthesis falls upon the viewer.” Filmed in San Francisco at the Straight Theater in the Haight and the William Westerfield house on Fulton where Anger resided for a brief time. The film stars Anton LeVay, founder of the Church of Satan and Bobby Beausoleil a former member of the Manson family. 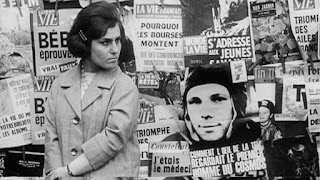 Very Nice, Very Nice (B+W, 1961)
In Very Nice, Very Nice, Lipsett disrupts the representational value of documentary image and sound, moving beyond the genre's aesthetic codes of truth and reliability. Using snippets of film and audio, the result is a sardonic re-reading of 1950s consumerism, mass media and popular culture. Nominated for an Academy Award.