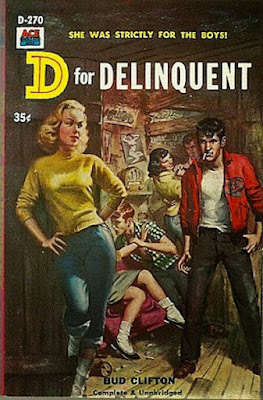 Oddball Films presents Youth Gone Wild, a night of 16mm short films from the 1950s-1980s about juvenile delinquents - those teenaged hoodlums that shoplift, vandalize, do drugs and wield knives. The RKO Screenliner Teenagers on Trial (1955) warns parents and teens alike that overcrowded classrooms, vacant parenting and societal pressures can all lead kids down a road of juvenile delinquency. Kathy's parents have got to learn to deal with the fact that their 14 year old runaway daughter is dabbling with sex drugs and being a hippie in an episode of Catholic mental hygiene show Insight: No Tears for Kelsey (1969). In Jojo's Blues (1982), directed by Peter Wallach, Jojo is just a claymation puppet that wants to belong, but the initiation rites in the local gang are at too high a price to pay. And in McGruff on Personal Property (1987), McGruff the crime dog barks about respecting other people's property and (as always) narcing on your vandal friends. Also screening will be the noirish story of a tough teenage boy Boy With a Knife (1956) starring B-movie legend Richard Widmark and Chuck Connors and The Bully (1951), a classic mental hygiene film featuring Chick Allen-school bully! Early birds will see the heartbreaking short The Boy Who Liked Deer (1975). Plus more JD surprises! 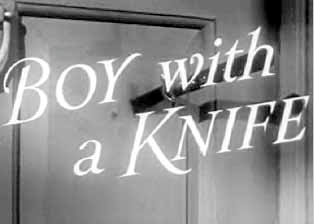 Teenagers on Trial (B+W, 1955)
An RKO Screenliner "documentary", Teenagers on Trial illustrates the endless ways that youth can get wrapped up in trouble in contemporary society. Whether it’s overcrowded schools or overworked parents, this film shows the causes of delinquency and the ways it can be remedied through a campy dramatization of a young man stealing a car.

Jojo's Blues (Color, 1982)
Peter Wallach directs this claymation tale of peer pressure.  Jojo wants to get in with the hip gang of boys, but when he's pressured into vandalism, he's not sure that the gang is all it's cracked up to be. 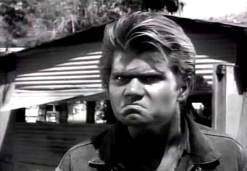 The Bully (B+W, 1951)
Social misfit and malcontent Chick Allen, the school bully, holds an unquenchable grudge against all that is good - and smaller - the kids in his class. Chick is constantly grabbing people by the shirt and throwing them to the ground. He wants to mess up the class picnic, but his plans are leaked by Skipper, one of his small lackeys. The class decides to thwart Chick and, at the same time, offer him a last chance to bond with society.

McGruff on Personal Property (Color, 1987)Everybody's favorite crime-fighting man in a dog-suit explains the basics of personal property and vandalism to kids.

No Tears for Kelsey (Color, 1969)
Another heavy-handed episode of the Catholic mental hygiene show Insight. Fourteen-year old Kathy Kelsey has run away from home and been taken to juvenile hall for truancy. The officer explains to her parents that she is not the same girl who left home, she's a hippie now. This little lass has used pot, possibly LSD, and could even be pregnant. Co-starring Dynasty regular Lloyd "Cecil Colby" Bochner and Deborah Winters, the star of LSD freakout feature Blue Sunshine. 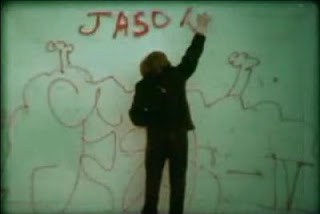 The Boy Who Liked Deer (Color, 1975)
In this dramatic and realistic story a boy learns -- in very personal and painful terms -- the emotional cost of vengeful destruction and vandalism. Jason is a boy of many facets. Cool ‘wiseguy’ at school, thoughtless graffiti-writer and vandal with his friends, he shows great gentleness and affection for the animals at the local deer park. Written by Dinitia McCarthy.